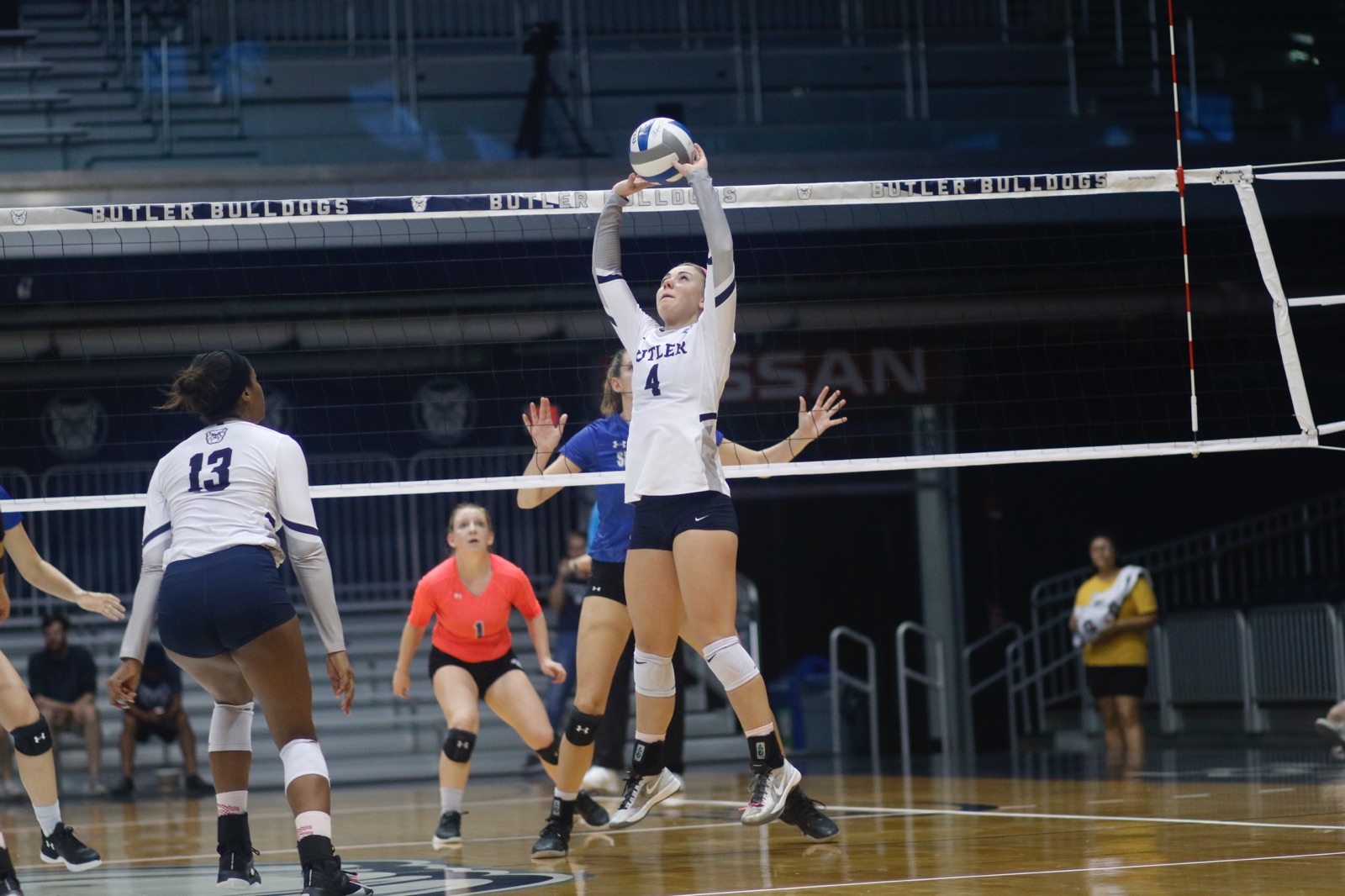 Makayla Ferguson (4) sets Bri Lilly (13) up for the kill in a conference match. The team sits at an even .500 in Big East play after its loss against Creighton. Collegian file photo.

The Butler University volleyball team fell to No. 17 Creighton University on Oct. 13. Five Bulldogs finished with double-figure kill totals as the Bulldogs fell to 14-6 (4-4 Big East) after the defeat.

Sophomore outside hitter and middle blocker Brooke Gregory and redshirt junior outside hitter Whitney Beck tied for the team lead in kills with 16 apiece. Gregory hit .533, while Butler finished with 13 blocks as opposed to Creighton’s nine.

“We proved that we are at the top of the conference,” assistant coach Sofia Sanchez said. “We can compete for a championship. We were right there with Creighton, and we will be hungry for redemption when they come to Hinkle.”

Set four is coming down to the wire #GODAWGS pic.twitter.com/Qbc8HLAIcA

“We came out so strong,” Logan said. “We had great energy and we really played with heart. It came down to making big plays, and they just made a few more than we did.”

“We know we can hang,” Takeda said. “We know what we’re good at and what we need to work on.”

Butler will fly out to Providence, Rhode Island, for a matinee with Providence College on Oct. 15. First serve in the Ocean State is scheduled for 1 p.m.

“We have been through a lot as a team already this season,” Sanchez said. “The players are always ready to do whatever it takes to win. We will look to improve what we can control and play great Butler volleyball.”