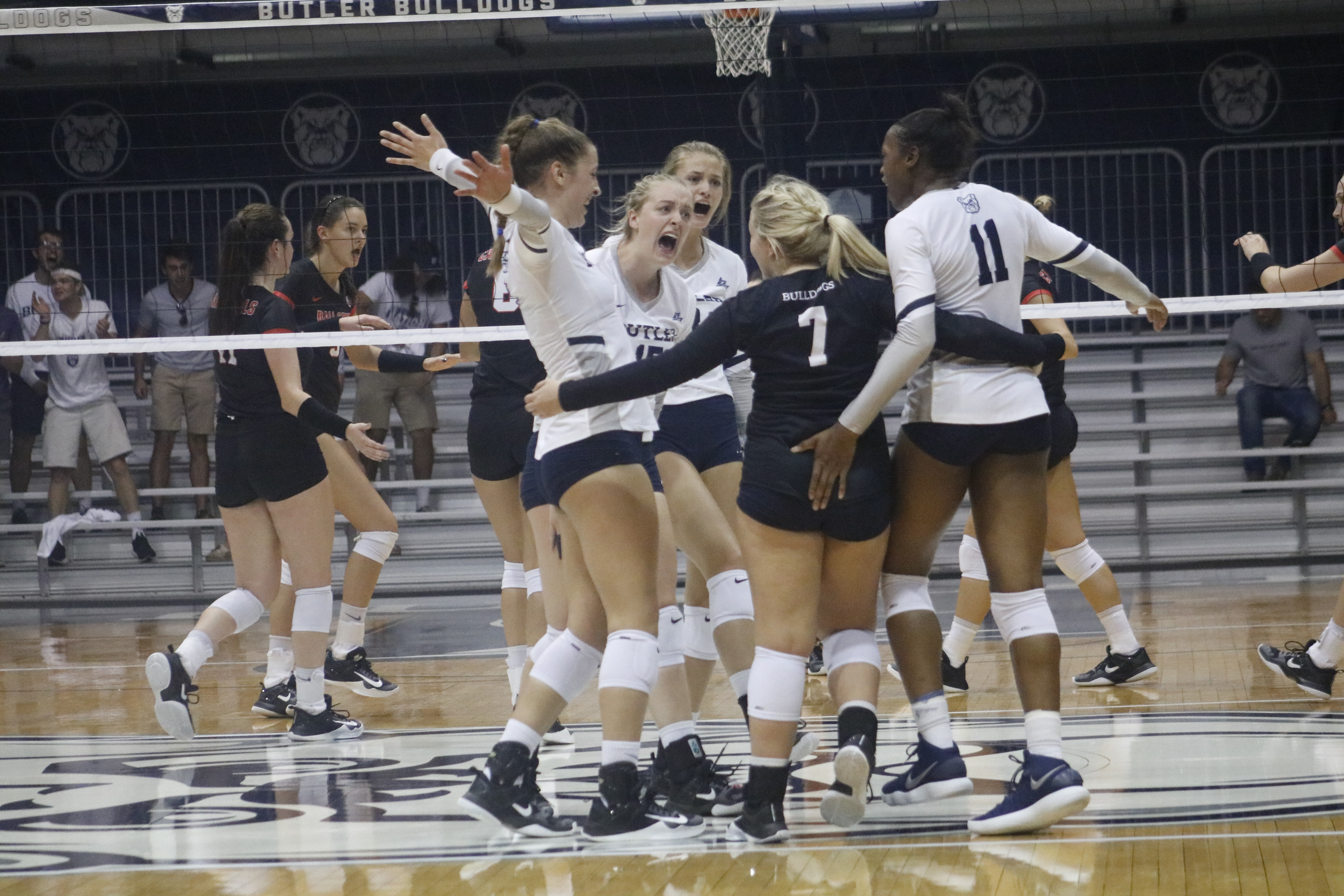 The team celebrates after scoring a point. The Bulldogs are now 14-5 overall this season. Collegian file photo.

Butler improved to 14-5 (4-3 Big East) with the victory over the Pirates. Senior setter Makayla Ferguson set the table with a team-high 42 assists and eight digs.

“We were passing really well, which allowed us to run a fast offense,” Ferguson said. “We kept Seton Hall guessing on where the set was going. We kept our energy high, executed on the crucial plays and never gave up.”

“We came out fiery and were relentless serving,” Logan said. “We never backed down tonight.

Clark said the Bulldogs made smart plays in her 300th victory.

“We really wanted to stay focused on finishing the game,” Clark said. “We needed this. It wasn’t playing harder, it was playing smarter. I applaud them for that.”

The Bulldogs will travel to Omaha, Nebraska, to face Creighton University on Oct. 13. First serve is slated for 8 p.m.

Congratulations to Coach Sharon Clark on earning her 300th win tonight! Here are her thoughts on going 2-0 this weekend.. pic.twitter.com/4IadoItxPP