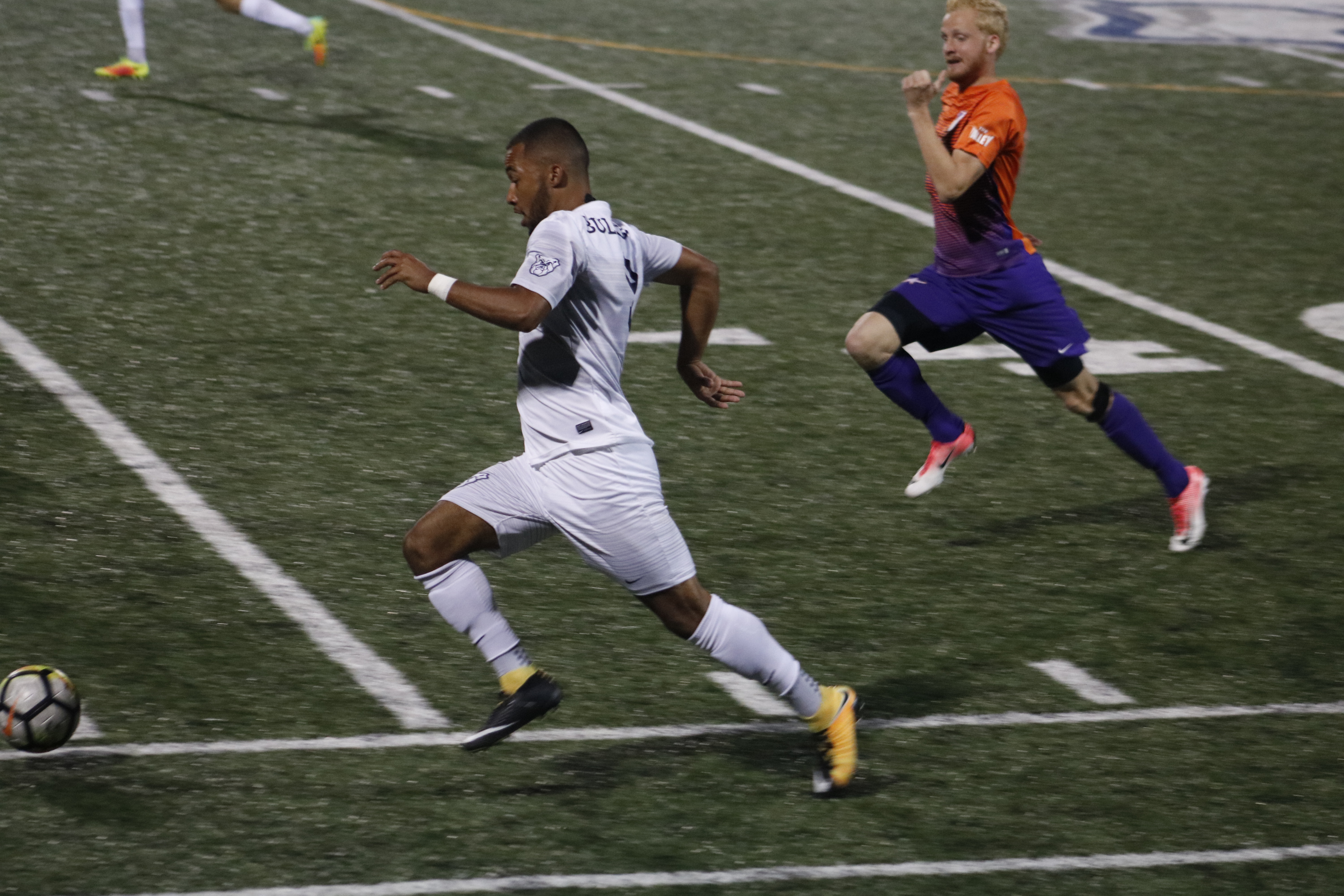 Isaac Galliford chases the ball down the field. The Butler men’s soccer team is 6-2 this season.

The Butler men’s soccer team defeated Providence College in a 1-0 match for their second conference win in as many games. The win puts the team at 6-2 on the season.

Sophomore forward Brandon Guhl scored the game’s lone goal in the 31st minute on assists from sophomore midfielders Isaac Galliford and Lewis Suddick. The goal was Guhl’s seventh in his last six games.

The Bulldogs outshot the Friars 9-5 in the first half and 15-10 on the game. Only two of Butler’s shots were on goal, compared to four shots on goal for Providence.

Redshirt senior goalie Eric Dick came up huge on several occasions to keep the shutout intact. He recorded four saves on the day, three of which were in the first half.

Butler owns a 1-0 lead after 45 minutes of play at Providence. Eric Dick doing his part to keep the sheet clean so far. pic.twitter.com/nAPxiGUSO9

Butler has now defeated the teams picked to finish first and second in the Big East Preseason Coaches’ Poll.

Up next for the Bulldogs is a showdown with St. John’s University at the Sellick Bowl on Saturday, Sept. 30. Kickoff is set for 7 p.m.