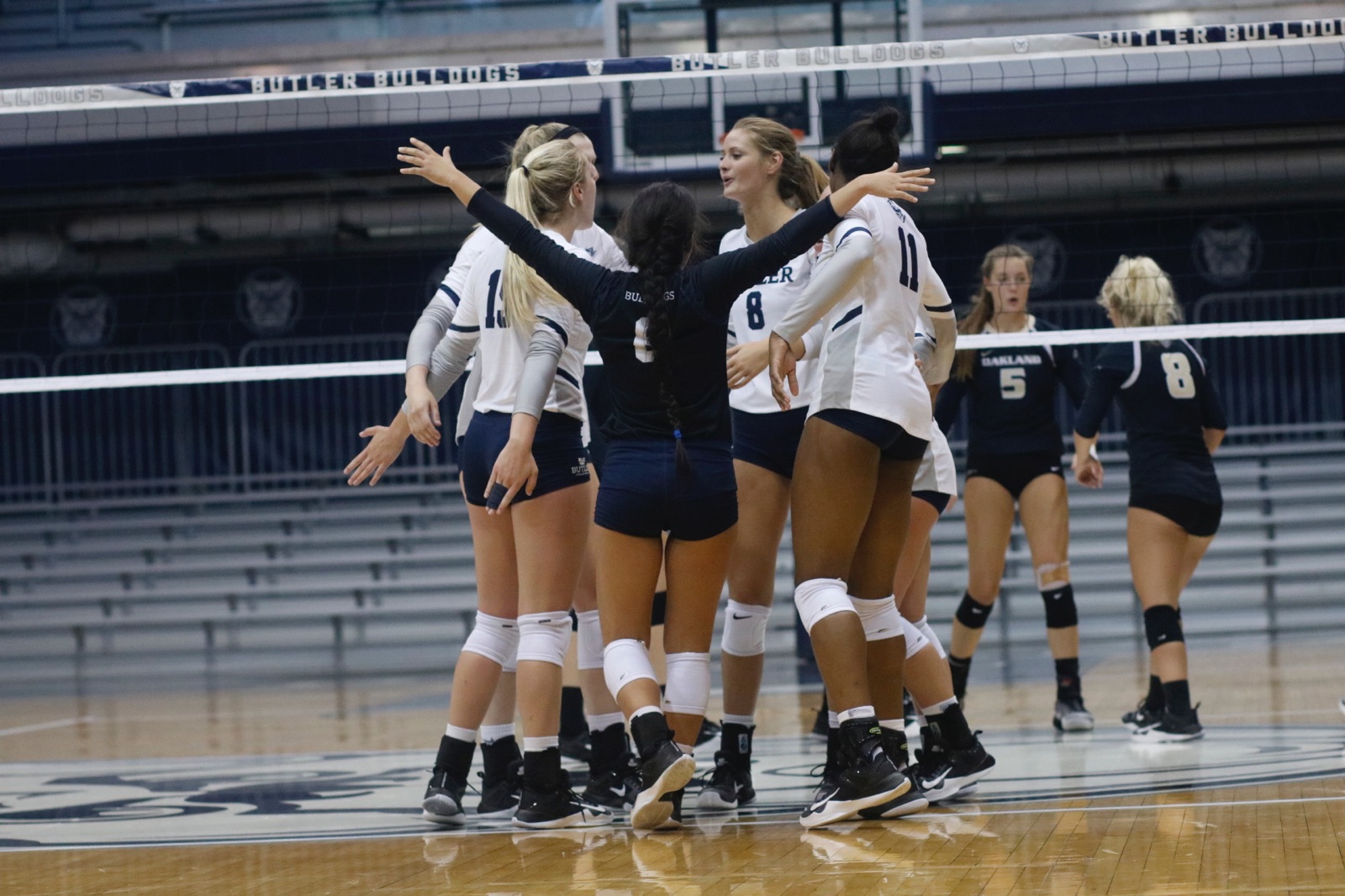 Butler celebrates after scoring a point against Oakland on Aug. 25. Collegian file photo.

The Butler University volleyball team earned two victories at the Golden Flashes Invite at Kent State University over the weekend.

“We just flowed really well together,” Beck, the tournament MVP, said. “Everything was clicking. Even when we were down, we always found a way to come together and pull out the win.”

“We had good energy this weekend,” Klitzing said. “Our defense was very strong. We will use this momentum to play the best we can in our last preseason tournament.”

On Saturday, Butler faced the College of Charleston for the first time in program history. The Bulldogs won with scores of 27-25, 25-14, 31-29. Freshman outside hitter Natalie Ravenell served three consecutive aces and finished the match with eight kills and five blocks.

“Our serving was masterful all weekend and we made great in-match adjustments,” Clark said. “This weekend was a great display of a will to win. I am very proud of this team.”

Butler moved to 7-2 on the season. The Bulldogs will travel to Muncie to face the University of Evansville on Friday. First serve is scheduled for 5 p.m.