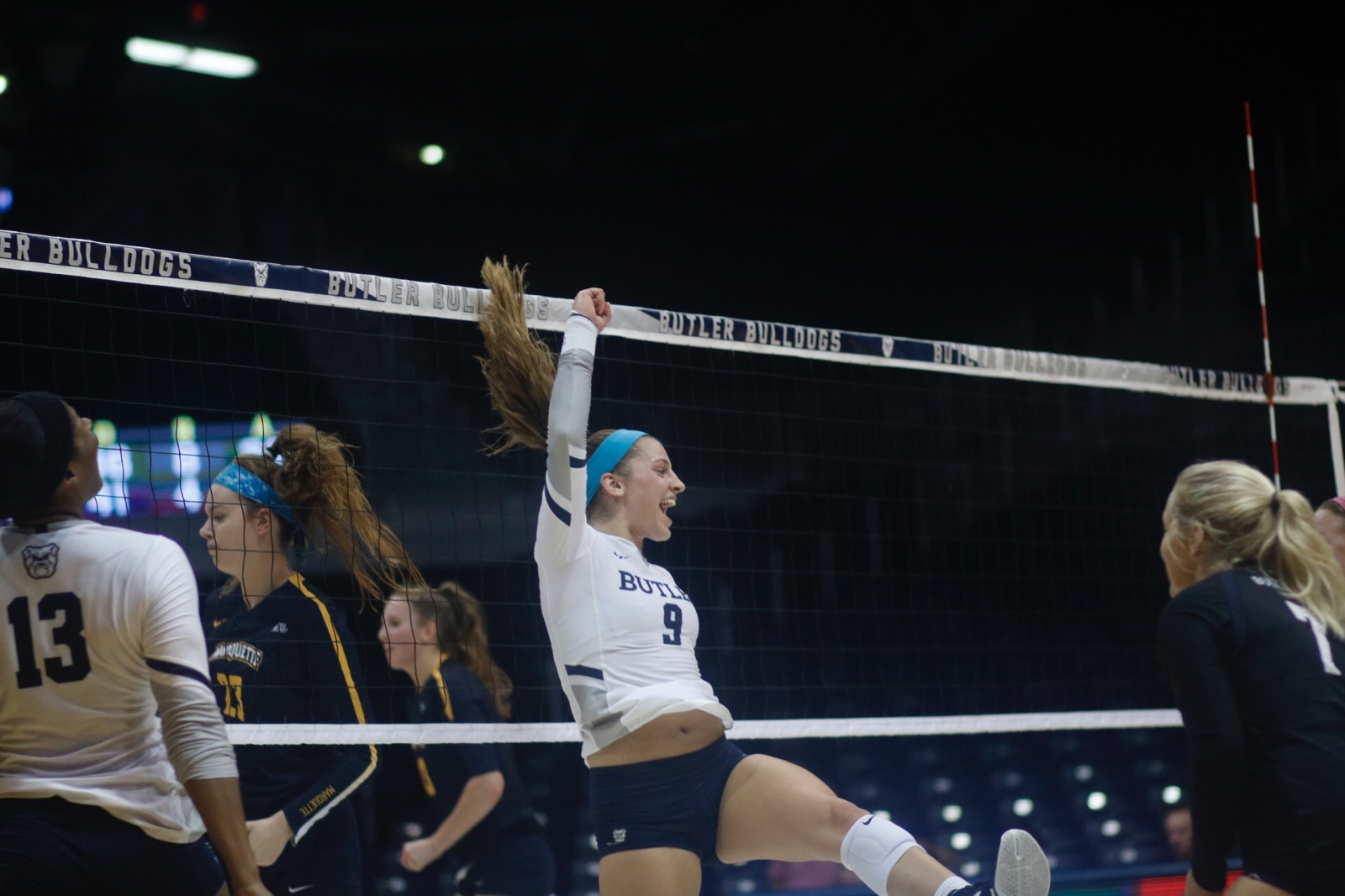 Anna Logan celebrates after scoring a point against Marquette on Sept. 20. Logan has 69 kills this season. Collegian file photo.

Logan led all players with 17 kills and a match-high 18 digs. The Bulldogs hit .219 as a team, while DePaul posted a .084 hitting percentage.

“Reaching 1,000 kills was a goal of mine, but I couldn’t have done it without my teammates and coaches,” Logan said. “They’ve pushed me since day one and have kept me focused. It was also nice to have some of my friends there, as they’ve been super-supportive.”

“We wanted to get out and have high energy from the beginning,” head coach Sharon Clark said. “I thought the girls did an excellent job of that.”

“I think we blocked well, which is a team and personal plus,” Lilly said. “We played a little out of our comfort zone, which was actually to our advantage. We were scrappier and crafty with the ball throughout all three sets.”

If you’re not @HinkleFH here’s what you’re missing!! Dawgs up 21-13 game 2 pic.twitter.com/fvEkaQclky

“I think we did well serving aggressively as a whole,” Ravenell said. “I improved a lot on my defensive play and reading hitters.”

The Bulldogs will head east to face Georgetown University on Friday. First serve in the nation’s capital is set for 6 p.m.