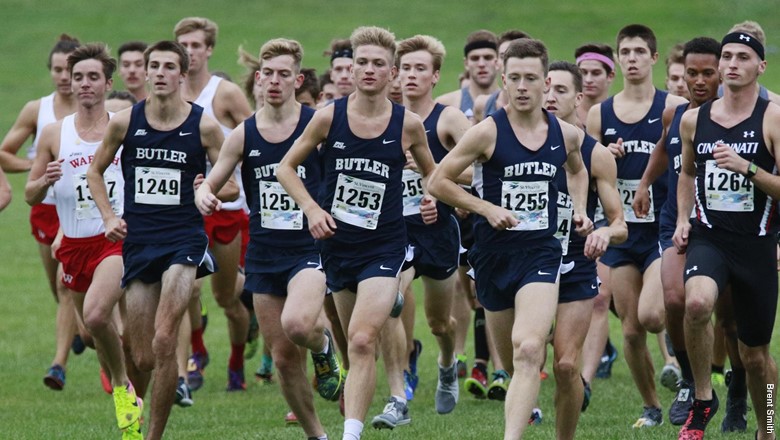 The Butler men’s team leads the pack at the Butler Twilight Invitational on Sept. 1. Photo courtesy of Butlersports.com

The Butler men’s cross country team finished in fourth place at the John McNichols Invitational In Terre Haute, Indiana. The event was hosted by Indiana State at the LaVern Gibson Cross Country Course on Sept. 9.

The event was in honor of the late McNichols who was the longest tenured head coach in Indiana State history after heading the cross-country and track programs for 34 years. He won 38 total team titles and coached 15 NCAA Champions, 10 NCAA Runners-Up and 113 All-Americans.

Senior Michael Carey led the Bulldogs, completing the 8K course in 12th with a time of 26:16.2.

Louisville’s Daniel Fleace won the event with a time of 25:13.9.

Illinois won the team competition with a team total of 22 followed by Indiana State, Louisville, Butler and Evansville.

Butler’s women’s cross-country team had the weekend off but both teams will be back in action at the Commodore Classic hosted by Vanderbilt University in Nashville, Tennessee on Sept. 16.