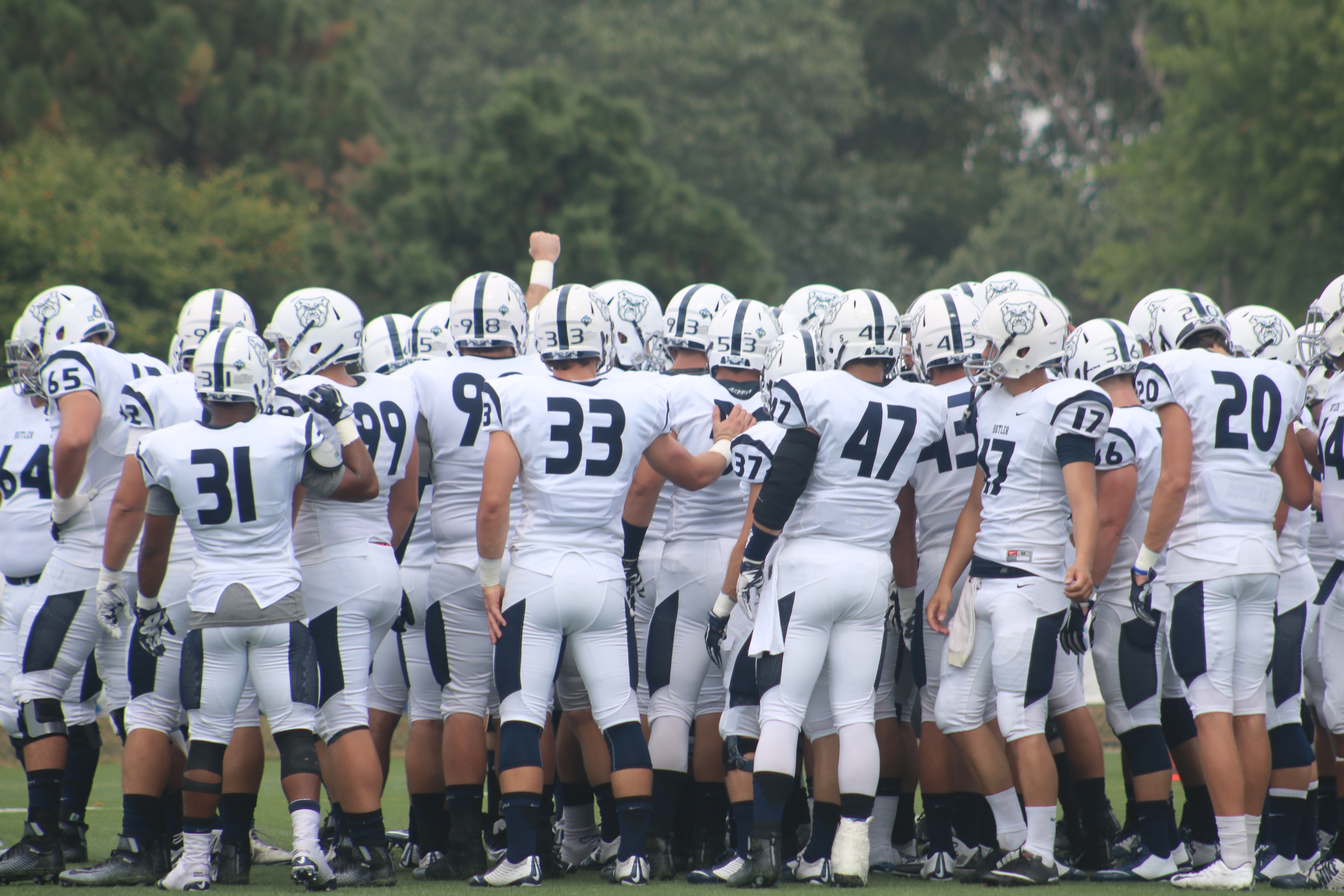 The team gathers together for a meeting. Butler is 0-1 this season. Collegian file photo

The Butler University football season got off to a rocky start as they dropped their opening game 45-0 to the Illinois State Redbirds on Sept. 2 in Normal, Illinois.

Ranked No. 18 in FCS polls to begin the season, the Redbirds’ defense stunned Butler’s offensive attack, as they were only able to collect 41 total yards in the contest.

After a deadlocked first quarter which saw no team score, the Redbirds’ offense exploded. The Redbirds would score 17 points in the second quarter, 21 in the third, and seven in the final frame to take the victory. Butler could not get into a rhythm offensively and the team would be forced to punt nine times after three and outs.

Quarterback Will Marty threw for 41 yards on 8-23 passing including one interception thrown in the fourth quarter. Butler rushers combined for 21 attempts but were not able to collect a single rushing yard. Wide receiver Pace Temple was the Dawgs’ leading gainer, catching two passes for 21 yards.

Special teams was the silver lining of the loss for the Bulldogs, as true freshman Cam Cooper showed off his speed in the return game. Cooper returned 5 kickoffs for 91 yards, his longest being a 34 yard scamper in the second quarter.

Freshman Cam Cooper takes the kick-off and returns it 34 yards. Butler starts 1st & 10 at their own 46.

Butler will remain on the road as the team will travel to Franklin College next week to take on the Grizzlies. Butler has had recent success over Franklin, including a 59-14 win just last season.

The Bulldogs will return to the Sellick Bowl Sept. 16 for their home opener against Taylor University.