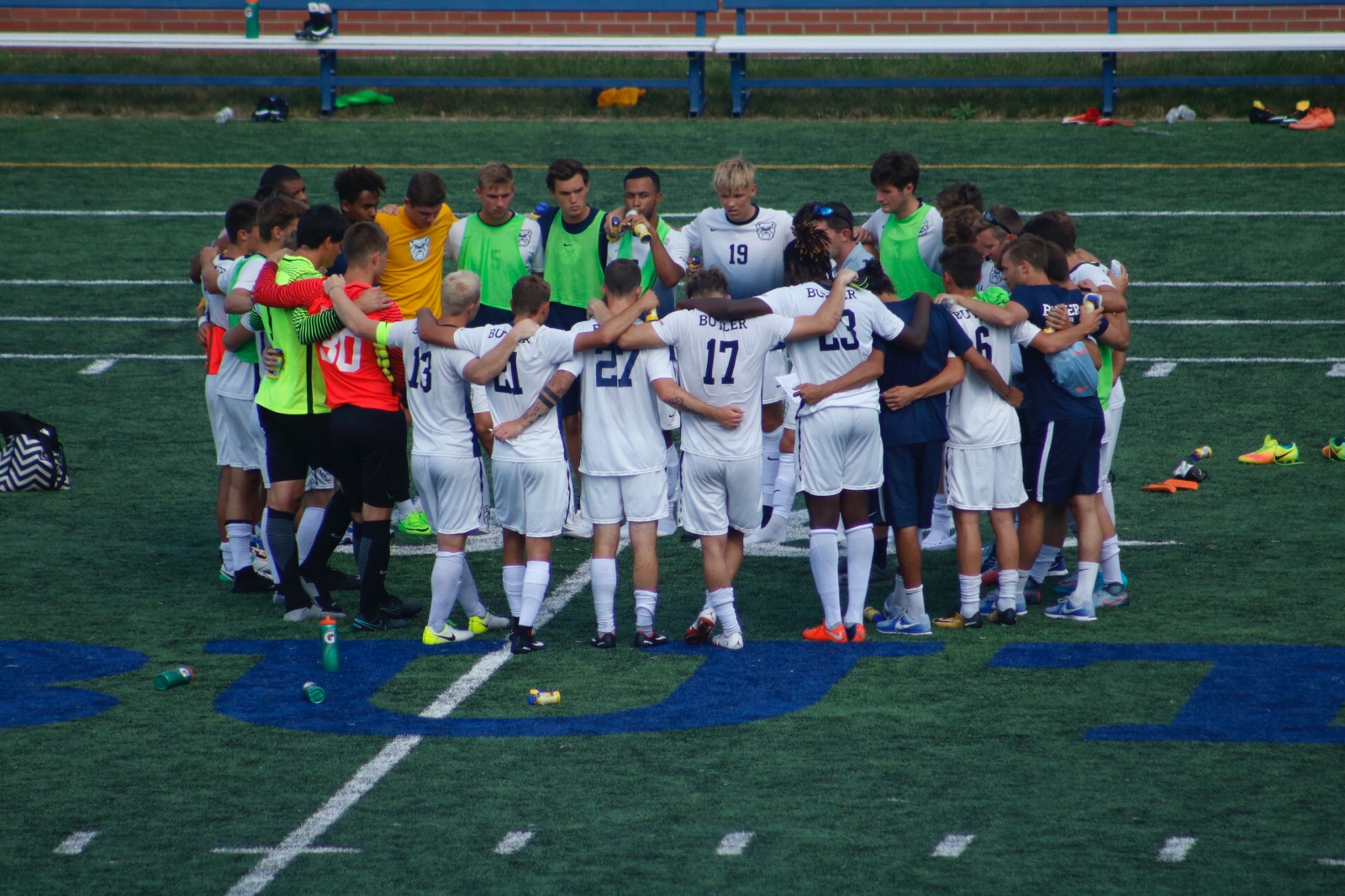 Butler gathers for a team meeting Aug. 29. The Bulldogs are 2-1 this season. Collegian file photo

The Butler men’s soccer team defeated the University of South Florida 3-2 in overtime in Bloomington, Indiana. The win puts the team at 2-1 on the season.

Sophomore midfielder Lewis Suddick had two goals on the night, including the game-winner. Suddick’s free kick less than two minutes into the game put Butler ahead 1-0 and his penalty kick in overtime gave the Bulldogs the victory.

The Bulls answered Suddick’s opener with two quick goals of their own and held a 2-1 lead at halftime.

The second half was scoreless until sophomore forward Brandon Guhl scored his first goal of the season with under two minutes remaining in regulation to force overtime. Sophomore defender Alex Lehtinen assisted on the goal.

The Bulldogs will return to action on Sunday, Sept. 3, when they take on the University of San Francisco, again in Bloomington.

Kickoff is scheduled for 5 p.m.