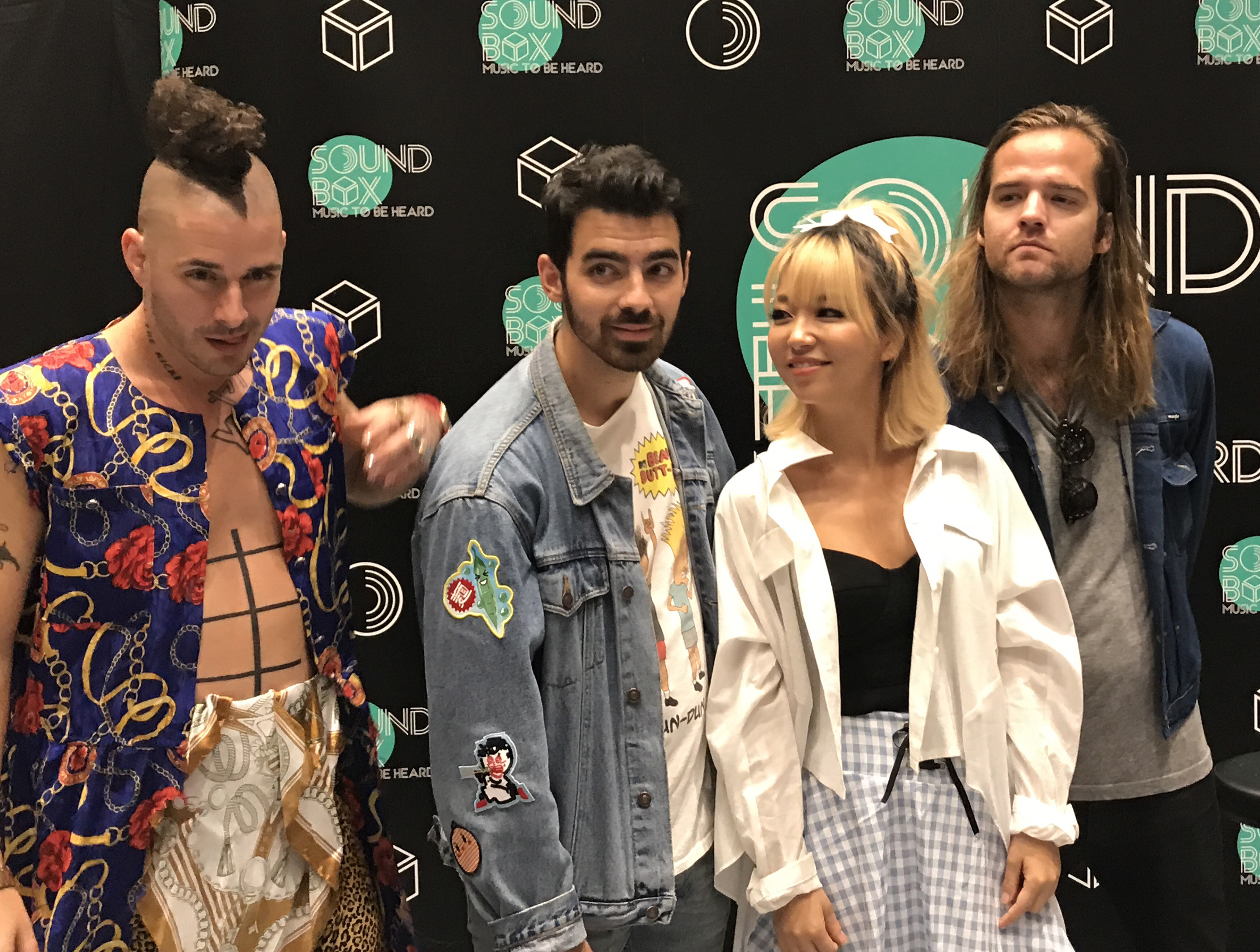 The members of dance-rock band DNCE. Photo via Wikimedia Commons.

Butlerpalooza will be Sept. 9 at Clowes Memorial Hall.

DNCE jumped onto the scene in 2015 with the release of their hit single “Cake by the Ocean,” which reached the top-10 on the Billboard Hot 100.

The band is led by former Jonas Brothers’ star Joe Jonas, along with Jack Lawless, Cole Whittle and JinJoo Lee.

Other DNCE songs include “Toothbrush,” “Body Moves” and “Kissing Strangers.”

Tickets will go on sale today at Clowes box office for $10 with a Butler student I.D.