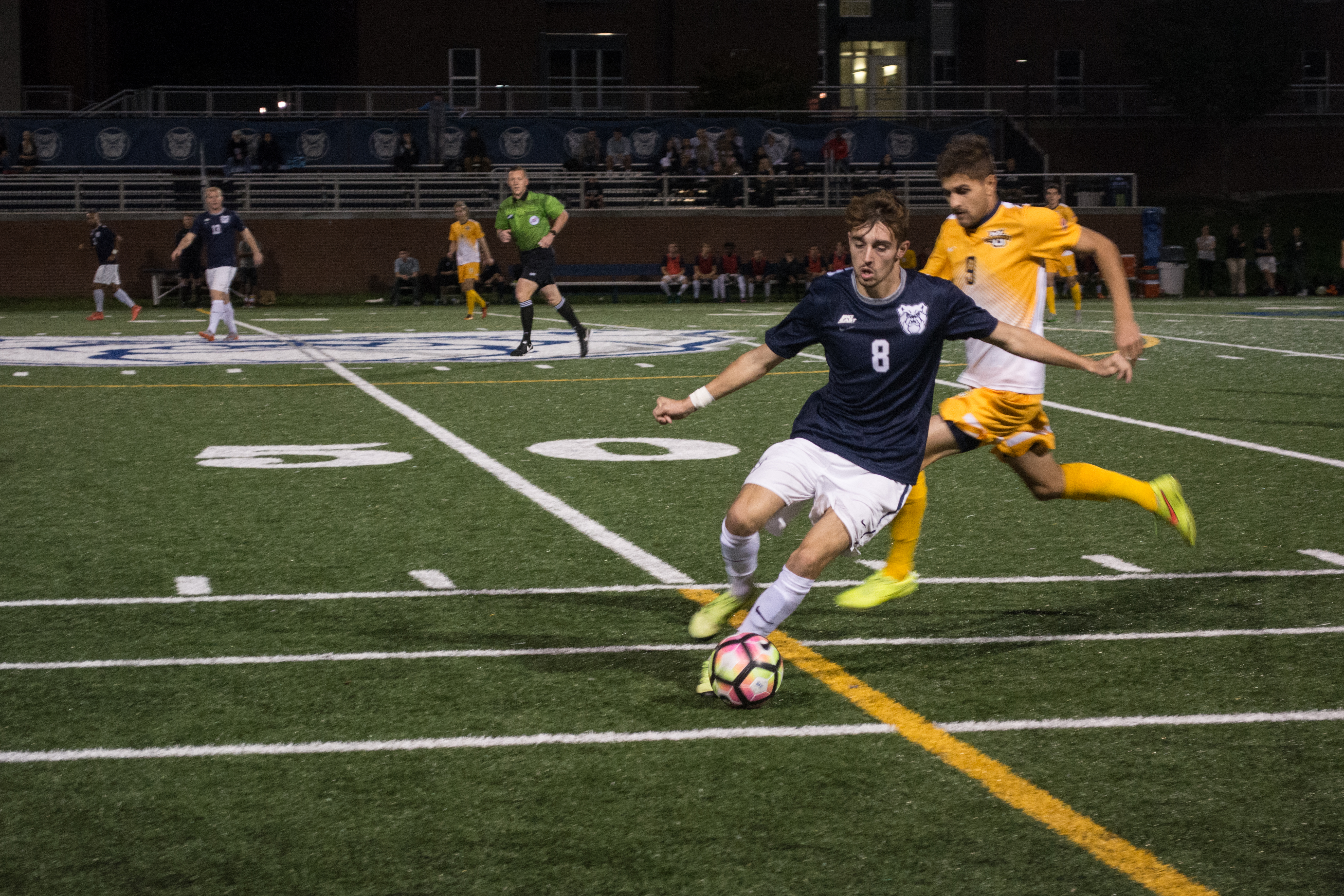 The Butler University men’s soccer team started their season with a bang, defeating the University of Illinois at Chicago 1-0 at the Sellick Bowl in overtime on a goal from junior midfielder Jared Timmer.

“The ball was up in the air and I just went and attacked it,” Timmer said. “And it went in the back of the net. I loved it. Good feeling for the team.”

Five minutes into the first overtime period, sophomore midfielder Lewis Suddick placed a free kick inside the box, which Timmer was able to head into the net.

“I just thought if I could get it into a dangerous area, we would cause problems,” Suddick said. “Luckily, Jared’s got his head on the end of one and we’ve won the game so that was great.”

The first half was a back and forth affair but neither team was able to put the ball in the net. The Bulldogs outshot the Flames 7-5, with both teams getting two shots on goal.

The only shot on goal in the second half belonged to UIC until a late surge by the Bulldogs. Despite a combined 28 shots in regulation, the game was scoreless after 90 minutes. Of the Bulldogs’ 16 shots in the game, seven came from senior midfielder Eric Leonard.

“It’s great getting a shutout,” head coach Paul Snape said. “We weren’t special tonight. There were times when we looked very good. It was a little bit fragmented so we’ve got to kind of clean it up and see if we can be a little more organized defensively.”

A look at the numbers from tonight’s overtime win… pic.twitter.com/np5ql5iVYO

The Bulldogs have a short turnaround, as they travel to face the University of Louisville on Aug. 28.

The Cardinals are currently ranked ninth in the country in the United Soccer Coaches poll. Kickoff is scheduled for 7:30 p.m.

#25 Dawgs open the season with. 1-0 overtime win…and then talk about it pic.twitter.com/x3ZPTn2QQ7