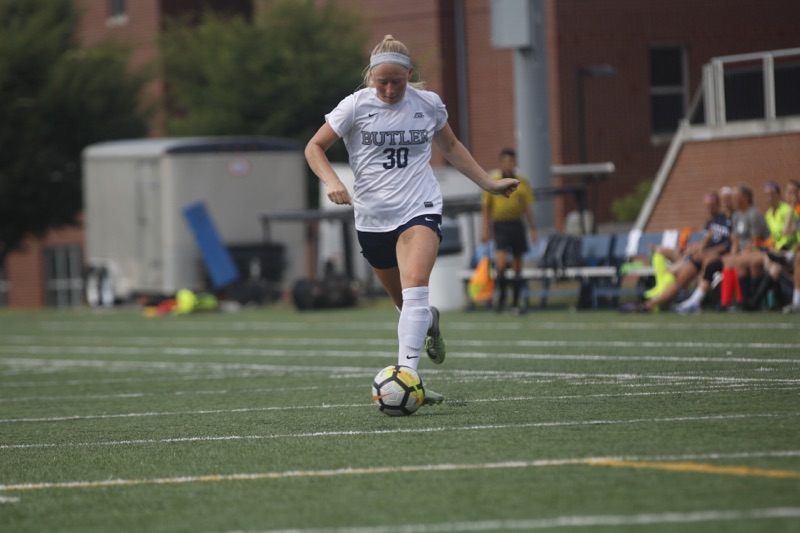 Butler University women’s soccer (1-1-1) won their first match of the season 1-0 over Michigan State University (1-2) on Aug. 24 in East Lansing.

After playing a scoreless first half, freshman forward Caitlyn DiSarcina scored her first goal in her collegiate career just two minutes into the second half. She was assisted by junior Paige Monaghan. It was the Bulldogs’ first goal of the season.

The Spartans would be the aggressors following the Bulldog goal. Michigan State would send four shots on goal in the final 35 minutes, including two shots on goal in the final three minutes. However, recent Big East goalkeeper of the week Leonie Doege would make all of those saves, tallying six saves in total. Doege has not allowed a goal this season in two games played.

The game was Butler’s third straight match away from home. The Bulldogs will play their home opener on Aug. 27 against Bowling Green State University at the Sellick Bowl at 1 p.m.