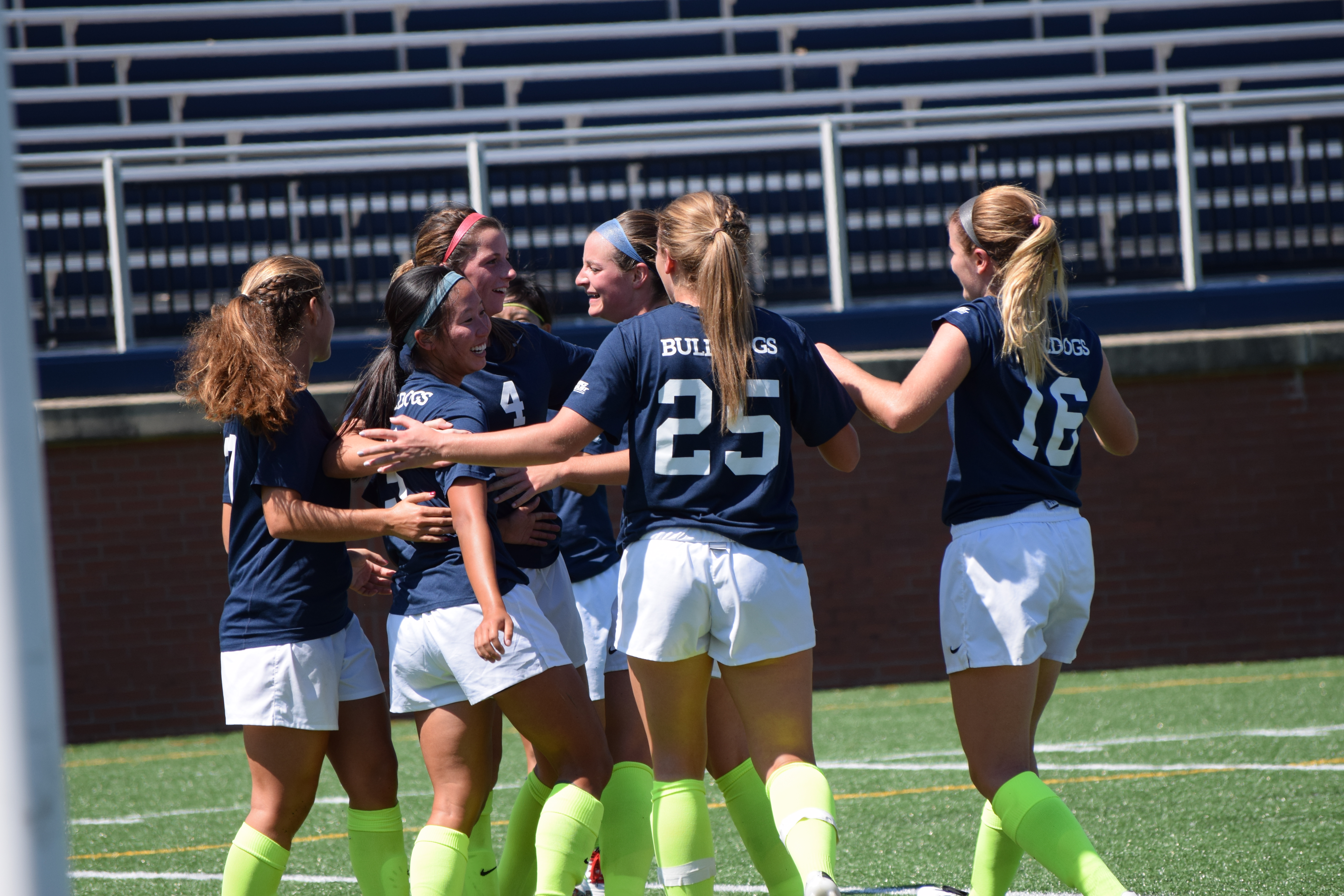 Butler University women’s soccer played to a 0-0 double overtime draw against No. 18 Notre Dame on Aug. 18 in South Bend.

The Bulldogs battled throughout the night to keep the Fighting Irish off the scoreboard. Notre Dame outshot Butler 15-6 throughout the game, including four shots on goal throughout the contest. Butler newcomer Leonie Dodge made all four saves in her debut.

Junior Paige Monaghan led the Bulldogs on the offensive end, taking four shots and getting one of those shots on goal. Senior Shannon McDevitt and freshman Caitlyn DiSarcina added one shot each.

Notre Dame led in nearly every category except the scoreboard, including corner kicks. The Fighting Irish took seven from the corner compared to Butler’s four. The Bulldogs had a late corner kick at the end of regulation, but Notre Dame defense knocked the kick out of the box.

Neither team registered a shot on goal in both overtime periods. Notre Dame’s Jennifer Westendorf earned the only yellow card in the final minute of the game.

The draw was their first non-loss against the Fighting Irish. Butler is now 0-10-1 against Notre Dame all time.

Butler will play at Chessa Field in Athens, Ohio, against Ohio University on Aug. 20. The match will begin at 2 p.m.