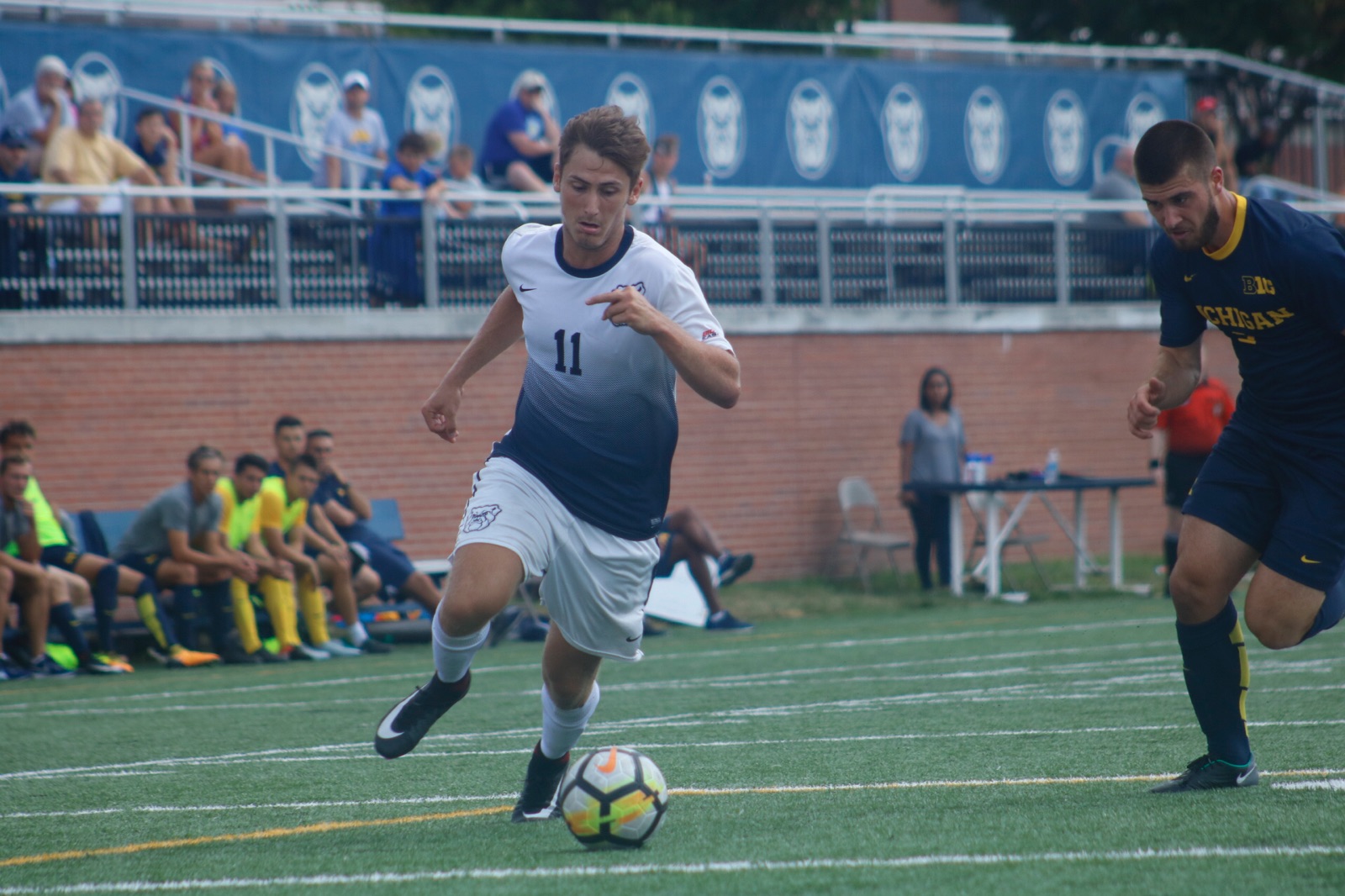 The Butler University men’s soccer team was defeated by nationally-ranked University of Louisville 1-0 in the team’s first road game of the season. The loss drops the team to 1-1 on the year. Butler currently falls just within the cusp of national-rankings, coming in at No. 25.

Louisville’s Tim Kubel scored the game’s only goal in the 39th minute. His shot hit the far post and bounced into the other side of the net.

Two minutes before the goal, Butler junior midfielder and captain Jared Timmer was carried off the field on a stretcher after he suffered an apparent lower leg injury. He did not return to the game.

Play has been halted in the 37th minute. Junior captain Jared Timmer being carted off with what appears to be lower leg/ankle injury

The Bulldogs were outshot 12-8 and 6-4 in shots on goal. A late push highlighted by senior midfielder Eric Leonard’s shot ultimately came up short, hitting the post with under five minutes left in the game,

Both games will start at 5 p.m.