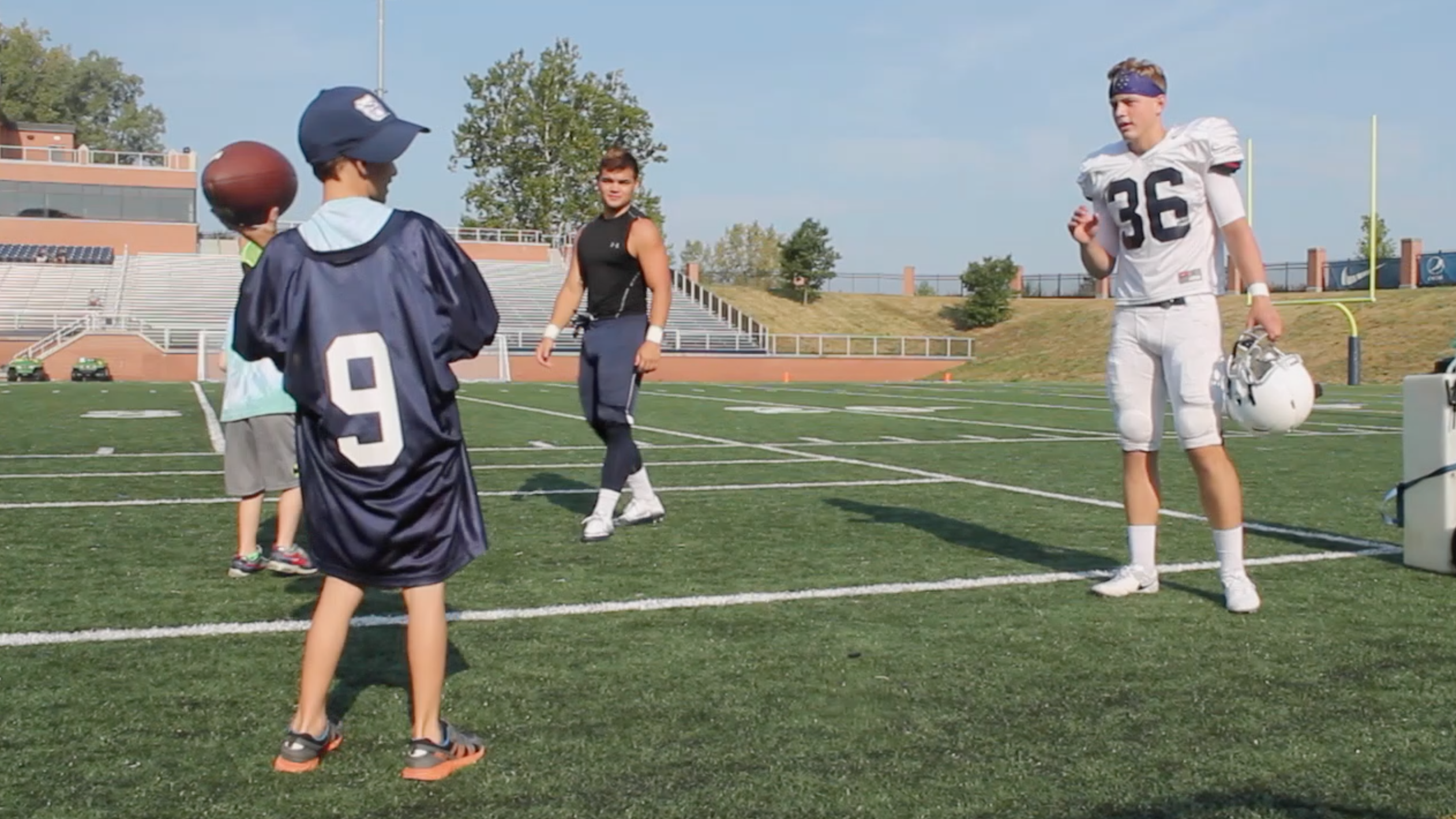 The Butler University football team picked up a late addition to their recruiting class with the signing of 8-year-old Robert Shaffer.

At 2 years old, Shaffer was diagnosed with focal segmental glomerulosclerosis, or FSGS, a rare kidney disease. FSGS is treated with a regimen of medicine and makes Shaffer’s immune system so weak even a common cold could be fatal.

The team officially signed Shaffer in a ceremony on Aug. 15 through Team Impact, an organization working to improve the lives of children with life-threatening and chronic illnesses. Team Impact partners with colleges across the country to make children an official part of sports teams.

“When he was signed, I got chills,” Nikki Wiles, Shaffer’s mom, said. “We thought this would be a great experience and had heard about the good things they [Butler football]  do so we were pretty excited.”

As part of his signing day, Shaffer was given a jersey with his favorite number nine on it, his own locker in the team’s locker room, and an open invitation to attend the Bulldogs’ practices, meetings and games whenever he wants.

Shaffer said his favorite part of signing day was “when they was all cheering for me.”

“We just want him to really get a great experience out of this and really, it’s more of building a bond with a group of guys that can be good role models for him,” defensive coordinator Joe Cheshire said. “I think that’s the most important part of it.

Dawgs got better today! Robert Shaffer, an 8-yr-old with a rare kidney disease, signed with Butler today through @GoTeamIMPACT. pic.twitter.com/3h7HGxRAsV

Team Impact reached out to Butler on behalf of Shaffer, an avid football fan, and got in touch with the football program. When the team heard about Shaffer’s story, they jumped at the opportunity to add Shaffer to their roster.

Shaffer’s father is also a football fan and the family wanted to show support for their hometown Butler Bulldogs. Head coach Jeff Voris said one of the team’s objectives is to be active in the community.

“We want our guys to become lifelong service people and many, many times, the opportunities you have to give and help come back two-fold towards you,” Voris said. “Not only the lessons you learn but the experiences, memories you gain and we’re so excited to have Robert as part of our family now.”

Sophomore kicker Drew Bevelhimer, an Indianapolis native, contacted Shaffer’s family over the summer and has been the main line of communication from the Butler player side.

Bevelhimer, along with Cheshire and Voris, spoke at Shaffer’s signing ceremony.

“When they asked me to speak, I was jumping at the opportunity, and it was just a great experience,” Bevelhimer said. “He really shows you how you can impact someone else’s life but how they can impact yours as well, and it’s just all around been a great experience for us so far.”

Shaffer, along with his brother, mom, and dad, were on the sidelines for the team’s blue-white scrimmage on Saturday, Aug. 19. During the game, Shaffer played catch with Butler players, grabbed drinks from the team’s water supply and hung out with his teammates.

At the scrimmage, Shaffer was full of energy, always on the move and always had something to say. However, the busy morning caught up to him when he got home and was physically worn out.

When the Bulldogs are in need of inspiration this season, they will look no further than their newest teammate.

“He’s gonna be a spark of energy whenever we need it,” Bevelhimer said. “Whenever it’s dead, I know he’ll get us going and he’ll just be someone to look at that’ll inspire and just really propel us to what I know is going to be an awesome season.”

The football team will start their season on Sept. 2, on the road against Illinois State University.