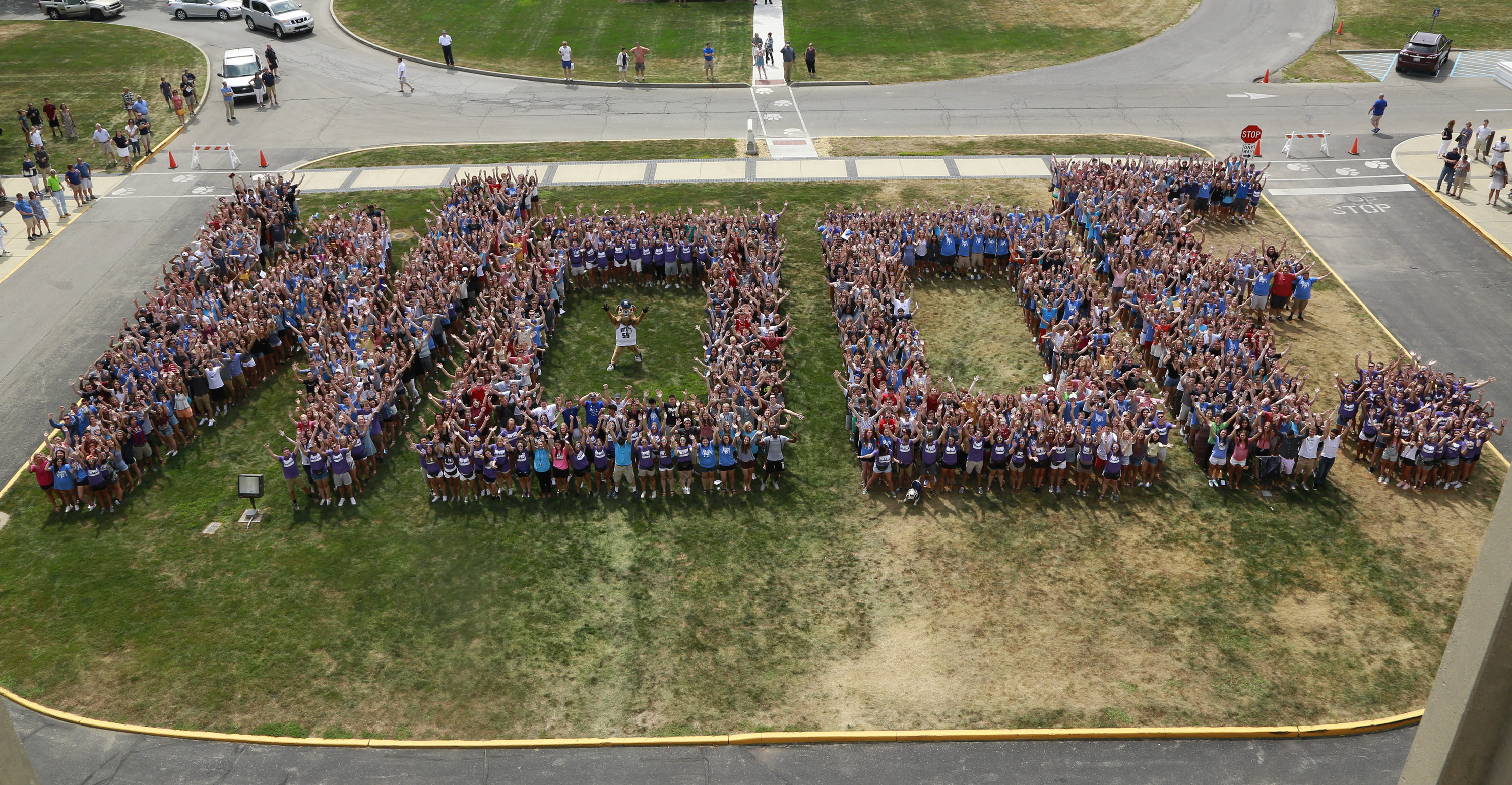 The Butler University Class of 2021 began their first full day as new Bulldogs with the start of classes today. These 1,065 students spent the last four days learning all about the Butler community and life on campus during this year’s Welcome Week festivities.

First years began moving into their assigned residence life halls on Aug. 19 with the help of University and Student Services, a moving company hired to help ease the move-in process.

“[The move-in experience] went really smoothly,” Tamalynn Ogrady, a first-year classical cello performance major, said. “I think Butler’s doing a great job. I mean, obviously I’ve never been to college, so I can’t compare it to anywhere else, but as a first-time student, it’s really fantastic the way it’s been run.”

On Aug. 20, students attended the first-year convocation held in Clowes Memorial Hall with a speech by President Danko to welcome the students to campus.

“The university is really fortunate to have strong classes,” President Danko said in a phone interview. “I cannot overstate how important the people of Butler were with this incoming class.”

First-year accounting major Luke Labuz said Danko’s speech really resonated with him and influenced how he will approach his first weeks at college.

“It got me thinking of trying to meet a lot more types of people throughout the rest of Welcome Week instead of trying to find people that I just wanted to hang out with,” Labuz said. “Maybe try talking to someone who I didn’t think I’d be good friends with and try to find out what their interests are.”

The convocation was followed by the annual first-year photo which includes a different Butler-themed design every year. The students spelled out the word “WOOF.” on the lawn outside of Clowes.

Drew Johnson, a fourth-year pharmacy major and SOG, said the book dealt with some controversial topics, such as capital punishment, that stirred conversation within his group.

“You do have to approach it a certain way and make sure you steer the conversation, like if you feel it going one way, bring it back,” Johnson said. “The best way to do it is if somebody says something that’s alarming, kind of maybe address it, like that’s a valid point and basically acknowledge their opinion is valid. It’s fine to be entitled to those opinions, but you still need to approach every situation with respect.”

Johnson said his SOG group was very interested in learning more about how to get involved on campus and how to balance it with their upcoming schoolwork.

“It’s been a lot of questions from first-year students and really taking a mentorship role for some students, which has been really fun,” Johnson said.

Brooklyn Cohen, a junior elementary education major and SOG, said she first was interested in becoming a SOG during her Welcome Week when she was a first year.

“My first year, I didn’t know anybody in my orientation group, so they were all brand new faces,” Cohen said. “We made a deal that we would go to all of the late-night events together. It was actually at Playfair that I realized I want to be a SOG because everybody was so excited and so energetic and made it seem so fun.”

Cohen said she appreciates what Welcome Week does for incoming first years and how they have impacted her as well.

“It’s really rewarding to know you’re not just having fun and screaming, but you’re actually making an impact on the first-years,” Cohen said. “I wish I could do this for the rest of my life. Like if I could come back like four years down the road, I would.”