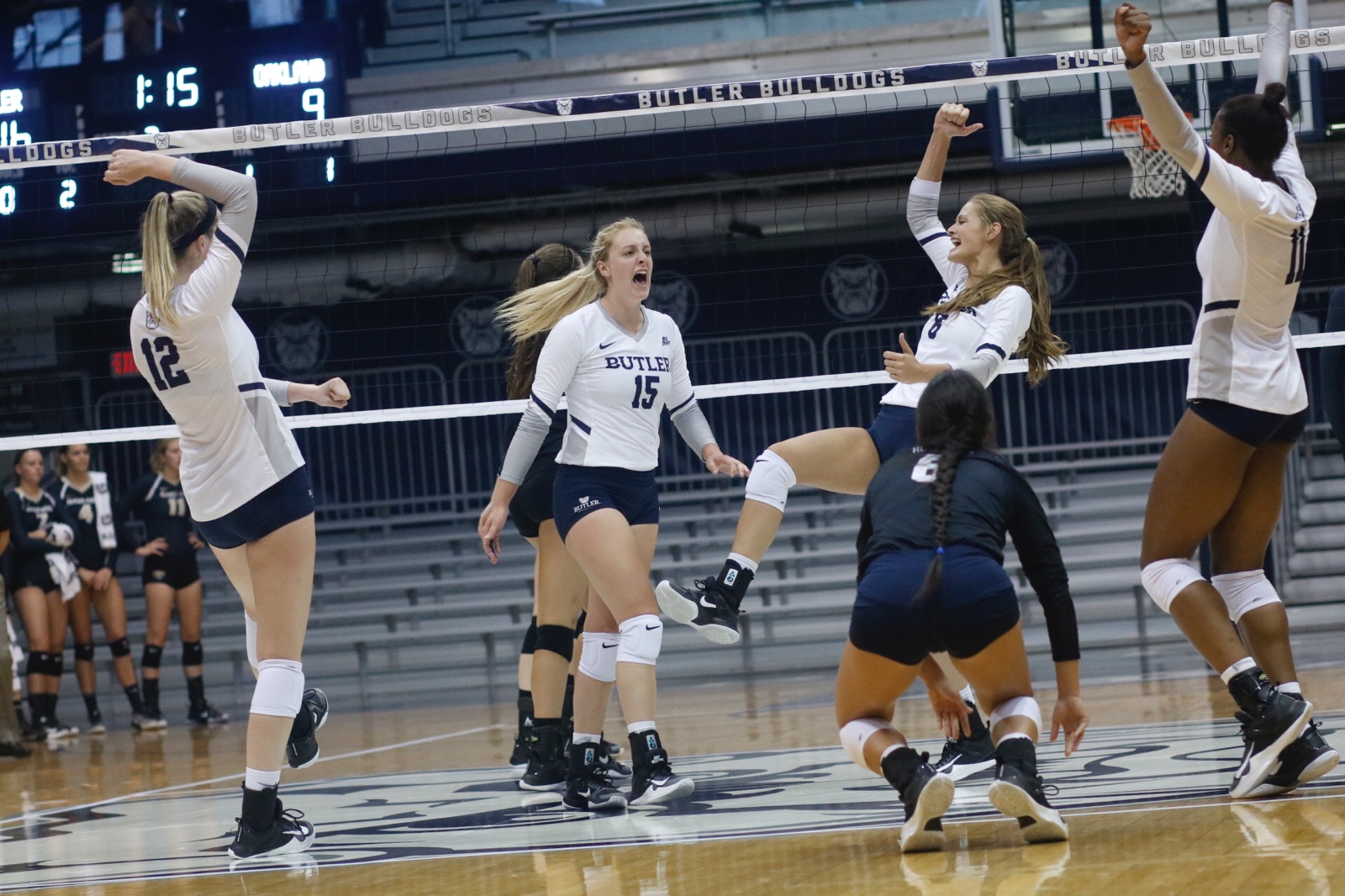 Whitney Beck (15) celebrates with the team. Photo by Jimmy Lafakis

The Butler University volleyball team finished 3-1 at this weekend’s Bulldog Brawl. The matches were held at Hinkle Fieldhouse, marking the first time in head coach Sharon Clark’s tenure in which the Bulldogs hosted the season’s first games at home.

“We have a lot of options, we just have to learn how to use them a little better,” Clark said. “We’re just at the beginning of the season, so we will get back in the gym and refine some things.”

“That was a great win for us,” Ferguson said. “We felt really good after that one. We played with a lot of good chemistry and we fought really hard.”

Saturday morning brought another five-set showdown, and the Bulldogs found themselves victorious once again. The home team defeated Robert Morris University 21-25, 25-21, 25-18, 27-25, and 15-4.

“We had a really good flow to the team at times,” Ferguson said. “We were clicking really well, which is something that is great to have this early in the season.”

Butler dropped the final match to Eastern Michigan University in four sets. The freshmen duo of outside hitter Natalie Ravenell and middle blocker Rachel Klitzing were named to the All-Tournament Team after the 15-25, 25-23, 25-19, 25-23 loss.

“We will learn from this match,” assistant coach Sofia Sanchez said. “You can learn from a hard loss like this.”

The Bulldogs will travel to Ann Arbor, Mich. to face the University of Michigan on Sept. 1.