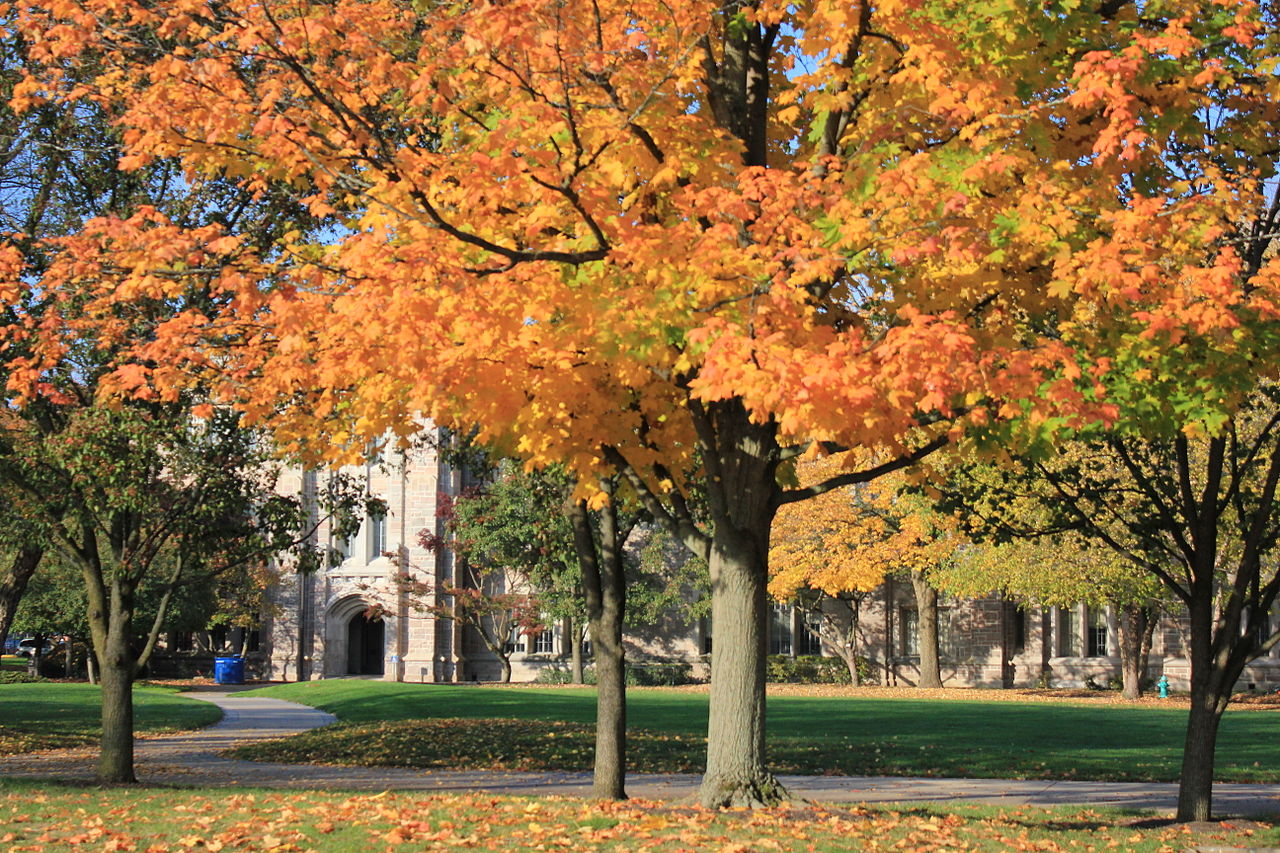 Jordan Hall in the fall. Photo courtesy of Wikimedia Commons.

Fall season is one of the nicest times of the year in the Midwest. We are in the second half of Indiana’s prettiest season, which will be succeeded by poor driving conditions and cold walks to class. The following are some things you should be sure to do before the snow begins to fall.

If you have not already, there is still time before Tuttle closes for the year to go out with some friends in pursuit of delicious honey crisp apples and an Instagram-worthy photo.  Several students have already gone and the orchards, which close on Oct. 31. It serves not only as a great opportunity to enjoy a beautiful fall afternoon, but also as a chance to stock up on apples for a Thanksgiving pie come break.

Soon, it will be too cold to comfortably go on walks and/or play pickup sports.  Although it interferes with those who want to break out the fall jackets and sweaters, we have been lucky for being this late in the year and still having 70-degree days. Come winter, students will be resorting to the indoors to study, run and play sports on the lawn, so do not take the warmth for granted.

There are several beautiful places in Indy to go on walks, which gives students the chance to clear their mind from the stress of being a college student.

Holcomb Gardens is breathtaking this time a year as the changing leaves reflect off the sun, offering a transcendent atmosphere while you walk down the stream.  The 100 Acres Sculpture Park also offers a path through the woods, which stretches alongside the White River and offers gorgeous views.

Along Westfield Boulevard is another sidewalk you can walk along, which leads into Broad Ripple. If fishing is your thing, bring a rod and cast for a catfish before the water freezes.

For most students, this is the first election in which they can vote.  Not only is it the most unusual election in American history, but it is one of the most important elections our nation has underwent.  From the countless accusations, to heated debates and finger pointing over the past year, the 2016 election has felt more like a reality T.V. show and Election Day is its season finale.

To some, if not, many, none of the presidential candidates appearing on the ballot come Nov. 8 are the most ideal decision. However, voting is a constitutional right that should not be taken for granted. Since we are the next generation to lead the country, it is important our voice is heard.

Prepare yourself for the inexcusably early Christmas commercials

You know they are coming. They cannot be avoided, only endured. Just be ready.

Do not stress too much.  Breaks are coming

The eight weeks between move-in day and fall break is the second longest period of time without a break during the year, only behind the nine weeks between the end of winter break and spring break.

Thanksgiving break is less than a month away and, unlike a lot of schools, Butler gets an entire week. Just four weeks after that will be holiday break, which is nearly a month long.

After that, spring break arrives in just nine weeks, followed by summer shortly after.  And those who are not graduating will go home in anticipation for another year at Butler.