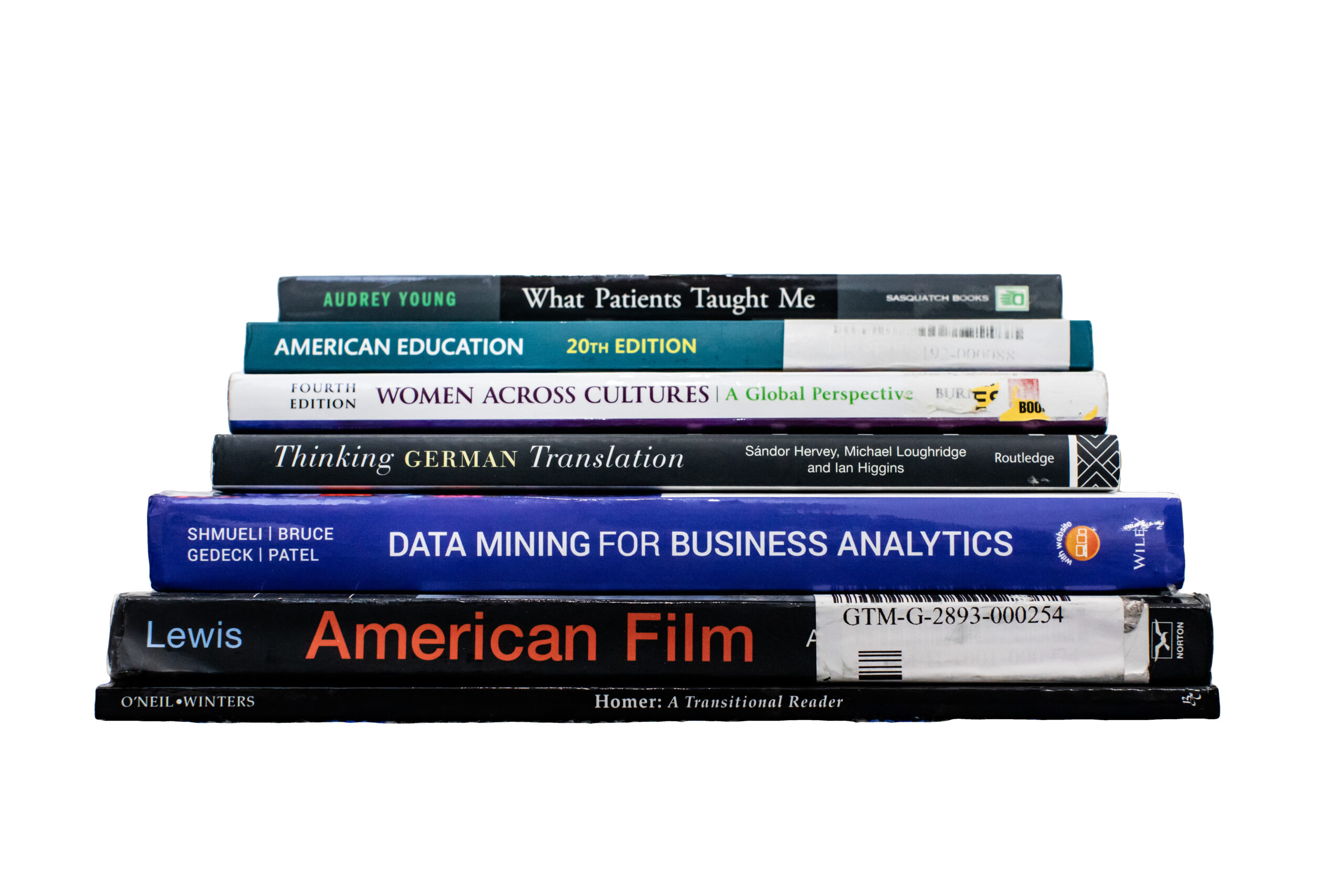 Just because your major isn’t in business or one of the hard sciences, doesn’t mean it’s worthless. Photo by Lauren Gdowski.

If you are a humanities or liberal arts student, you have surely been asked the age-old question of “What are you going to do with that major?”

The sentiment that certain areas of study are worth studying more than others is not uncommon. However, I’ve noticed a recent rise in support for this rhetoric, especially on social media platforms like TikTok. There are countless videos claiming to enlighten watchers on the most useless college degrees and most regretted college majors.

First-year political science major Justin Deem-Loureiro spoke of an interaction he witnessed, where an education major shared what their major was, and someone made a somewhat condescending comment in response.

“I was like, they’re educating the next generations of leaders and learners,” Deem-Loureiro said. “That’s not a major to be looked down upon. I wish more people would acknowledge that.”

The idea that certain majors, degrees, and subjects are more valuable and important than others is ridiculous. It also has the potential to become something more dangerous. Often, the types of majors that are considered beneficial are some type of business or STEM major. Humanities, liberal arts and fine arts majors are typically looked down upon, often due to the fact that careers in these fields are not typically very high paying.

Deem-Loureiro believes that the arts provide us with a unique, and highly important, form of sustenance.

“We wouldn’t be able to survive if we didn’t focus on the arts,” Deem-Loureiro said.

The arts and humanities are central pillars of society. Regardless of a person’s field of study or occupation, we all engage with the arts in some form. Through consuming film, television, music and literature, everyone has interacted with the arts at one point or another in their lifetime. Most people continue to interact with the arts on a daily basis without even recognizing it.

Professor of English Dr. Andrew Levy believes that we are surrounded by words and art at all times.

“If you count up the number of words that you hear every day, you say every day, that you read on social media, that you read in books and assignments … it adds up to thousands,” Dr. Levy said. “You’re basically reading a couple books a week you don’t even know about. You’re hearing dozens of stories daily. Even when you sleep, you’re telling stories to yourself.”

We are indeed surrounded by arts and stories every breathing moment, but the arts are also so much more than just the media we consume on a daily basis. They are a central part of our society that allows us to express ourselves, and live a life that is full of vibrancy and passion. They allow us to observe the world in a critical and creative way.

Dr. Levy shared how an education in the liberal arts shapes people into becoming better thinkers and problem solvers.

“The standard answer is to say that we teach critical thinking skills,” Dr. Levy said. “And those skills are portable in a way that professional training isn’t and improves the quality of your life in all sorts of ways …  I think different fields inside the liberal arts would tell you something analogous. The philosophers will tell you that you can capture ideas in the spirit of debate and think about the wonder of consciousness in ways which change every day of their life.”

Studying the liberal arts and humanities provides students with the ability to view the world around them differently by developing a skill set that embraces unique forms of thinking. But why do so many people neglect the humanities and the arts, especially academically?

Sophomore creative writing major Miranda Emerick spoke of her experiences and things that she has witnessed with respect to this phenomenon.

“American society is set up to focus on this idea of ‘I have to be the most successful,’”  Emerick said. “And with liberal arts majors, it’s perceived as something that you can’t make a lot of money in, but there are people that do. I feel like people in this field are a lot more passionate about what they do. Because I know people who are business majors who are like ‘Yeah, I don’t really care about it, [and] I don’t actually like [business], but it’s going to make me money’ … which is great for a lot of people. But when you’re going into the humanities, it’s more of an intentional decision.”

Money and financial prospects persuade many people to choose lucrative careers over their passions. Of course, financial privilege is a major aspect when it comes to choosing a career or field of study, but that does not mean that everyone who chooses a major that does not align with their passions is doing so out of financial need. Ultimately, it is the capitalist rat-race we are all subjected to that causes so many of us to channel our interests into something profitable.

Despite what clickbait-y articles and social media posts may lead one to believe, studying the humanities is highly beneficial. Dr. Levy shared his thoughts on the problematic narrative that people should decide their career paths when they are children, and the amount of benefit that can be gained from studying something that is “unconventional.”

“I think that there is a concerning overemphasis in society on the professionalization of youth … and [students] having to think of themselves as money-making entities.” Dr. Levy said. “[To be] an English major means to be someone who enjoys stories better … [and] values words, whether they’re spoken or written, better. And that sentiment is not just financially sound … but it [also] just makes every day better. It makes every day richer [and] every day fuller for the rest of your life.”

Where there is a high amount of benefit to be gained when engaging with the arts and humanities, there is similarly a large amount of danger that is associated with neglecting the humanities. The studies of subjects like history, race, gender and sexuality are especially important, since it is critical that we are able to understand and grow from historical atrocities.

Levy spoke of the cliche that if we don’t learn history, we are doomed to repeat it, and how important it is to interact with the humanities on a deeper level.

“I think forgetting or ignoring history — or simply accepting the history that’s been handed to you — is usually dangerous,” Dr. Levy said. “It’s a cliche, but it’s true: you will repeat history if you don’t know history. If you’re not able to challenge history and reshape history, you’re simply often handed a narrative of who you are.”

When history is being erased in front of our eyes, it is crucial to engage with the humanities in order to learn and understand historical truths. With censorship efforts increasing, the importance of history and understanding it through the lenses of the marginalized only increases.

Emerick also has a minor in race, gender and sexuality studies, and she shared her thoughts on the importance of that field of study, especially with respect to learning history.

“I think that’s really important, because especially in this day and age there is a lot of tension around [race, gender and sexuality studies],” Emerick said. “I think this movement is really important because we’re finally redefining the narrative and acknowledging the years of oppression that have gone on … And without people that are experts in that field, and without people that are willing to listen, it’s hard to create change … You have people that study history, but you [also] need people who are looking at history through a critical lens … [that understand] whose stories [are being] left out and whose stories are being erased.”

Art — whether it’s in the form of literature, music, film or anything else — allows us to understand the world in a deeper and more meaningful way. Appreciating the liberal arts and humanities is not exclusive to appreciating beautiful texts of literature, art, film or music; appreciating the liberal arts and humanities also means fully acknowledging the crimes of the past — these crimes that are historically evident in our art — and growing from them.

When we study the arts, we partake in something profound.