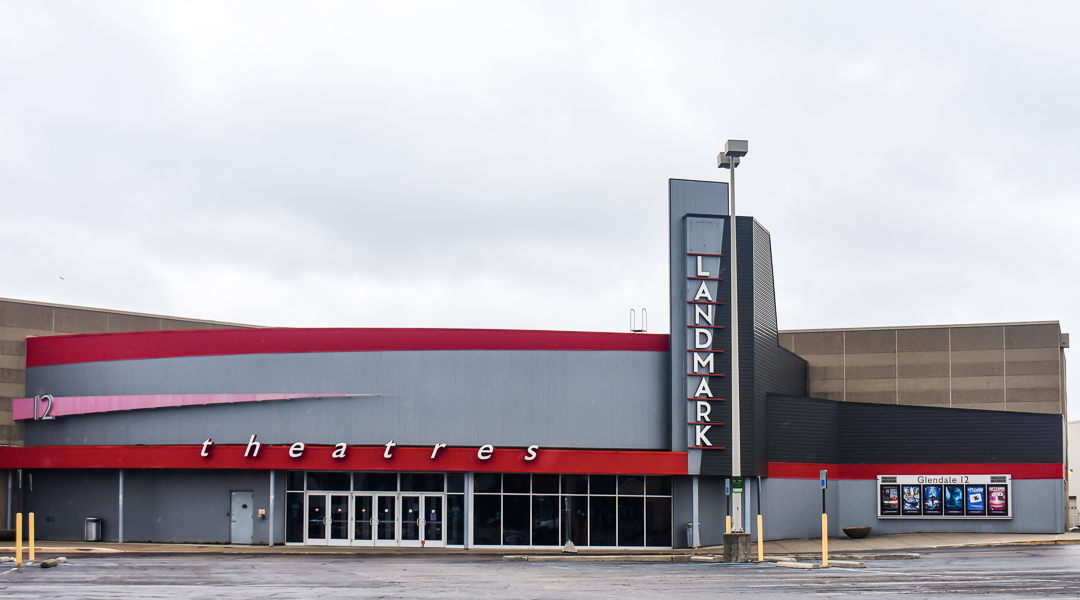 The Landmark Theater in Glendale is a great spot to watch a movie as it was meant to be seen: on the silver screen. Photo by Lauren Jindrich

You walk through the big doors and are immediately overcome by the sights and smells before you. From the bright lights to the buttery popcorn, everything fills you with anticipation. When you enter the theater, the lights are brought down low, and you are transported to another world. The sound surrounds you, and you are taken into the story. For a couple of hours, you leave all else behind. For a couple of hours, you live a fantasy.

Last week I went to the movie theater for the first time in a while, and it reminded me of the power that they hold. In the busy, overstimulated atmosphere that so many of us live in, we rarely have time to escape. However, the experience of seeing a movie in a theater let me escape back to that magical feeling that I remember from childhood.

Going to movie theaters has been a cultural touchstone for generations, but that all changed when the COVID-19 pandemic hit. Suddenly everything was different, and movie theaters were no longer an option. This was a necessary precaution at the time, but we are still dealing with the consequences. Not going to theaters became the new normal. According to a survey by Gallup, movie attendance reached a record low in 2021 with the average moviegoer only seeing 3.6 films during the year. This is not shocking, since movies are available on streaming services faster than ever, but it is a sad trend.

“It’s been a staple of growing up in my opinion,” Durst said. “I’ve always kind of viewed [movie theaters] as an American institution.”

Many people can recall their first moviegoing experience and the way it felt. These experiences shape us in a way that other mediums just cannot. Going to theaters is a way to bond through shared experience, which I think is becoming increasingly important as culture becomes more online and globalized. Watching a movie from home can be fun and convenient, but experiences that take us out into the world are very valuable. As an increasingly online society, it is important to grab onto experiences that ground us in our communities.

There is also a quality difference between watching a movie in theaters as opposed to on a TV, phone or laptop. In theaters, you are seeing the movie the way it was meant to be seen. The sound is fuller, the picture is clearer and there are fewer disruptions from the real world. It is easier to be fully immersed in the movie.

“It’s the equivalent of listening to [music] from your phone speaker vs putting a record on a turntable,” Durst said. “It’s just a completely different experience, and that’s what I’m there for … I’m there to get enveloped by the movie, and when I’m just streaming at home I don’t feel like that at all.”

The quality difference is so significant that watching a movie from home takes away its impact. This is true now more than ever because of new technologies like IMAX that create an even more visceral experience by literally surrounding the audience with the screen.

Not only is there a significant quality difference, but going to movie theaters is also a way to support small businesses. There are large movie theater chains, but there are also plenty of independently owned theaters that need support.

Sara Ansari, a senior creative media and entertainment, talked about her experiences going to the Kan-Kan theater in Indianapolis.

“It’s cool to be there with so many people invested in the same thing,” Ansari said. “The people are friendlier, and the experience is more personal.”

Theaters like the Kan-Kan also often show movies that larger chains don’t. No offense to the Marvel fans out there – but it can be refreshing to see more than just the latest franchise film. Seeing these movies can be an opportunity to support up-and-coming artists, as well as discover a movie you may not have seen otherwise.

Right now it may not seem urgent, but if we don’t support these theaters then they may not exist for much longer. Many movie theaters took a hit during the pandemic, and they are struggling to recover. Even larger chains are having to close locations or face bankruptcy.

I would like to think that there are enough moviegoers to keep the industry afloat, but there is no doubt that movie theaters are becoming sparse. While there will likely always be movie theaters, the landscape of the industry is changing. The movie theater experience is becoming harder to obtain, especially for those interested in independent films. The decline in attendance is especially taking a hit to independent theaters. Martin Scorsese, an American filmmaker, has famously spoken about the monopolization of large movie theater chains and franchise films.

While these chains and franchises are not objectively bad on their own, they make it harder to keep the industry afloat by monopolizing resources. When all the business is concentrated into just a few companies, it is more difficult for new movies or artists to emerge. These large chains can decrease competition and make the market stale.

If we want to continue to have new and exciting films to see at our favorite local theaters, then we need to support the industry. If we don’t, then we risk losing this important cultural touchstone. We may not be able to change the entire industry on our own, but we can nudge it in the right direction and hope others follow our lead. The solution is simple: see movies in theaters.