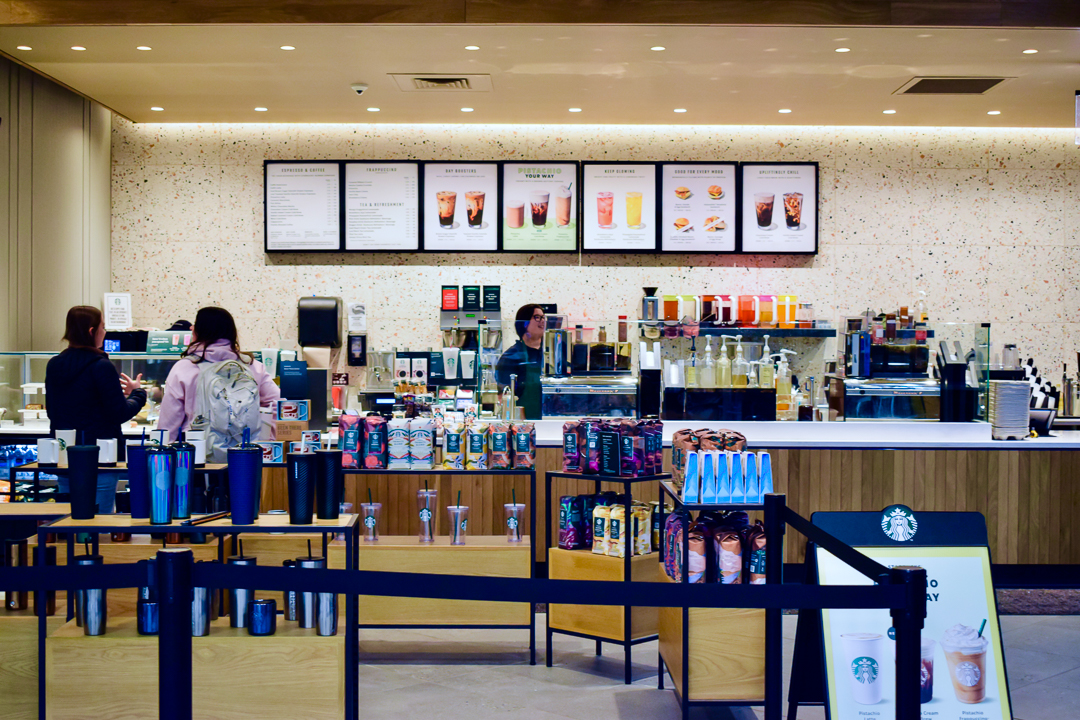 Starbucks provides students with an opportunity for on-campus employment. Photo by Eli Kohn

I am a broke college student, and this year I decided I wanted to get an on-campus job. I was naïve, I thought it would be easy. I would just hop on Handshake.com, upload my resumé, apply, interview and then get a job. I was wrong; it is not that simple.

Handshake is supposed to be this amazing website where you can find all of the available on- and off-campus jobs at or near Butler University. In reality, it is a jumble of odd jobs and postings that employers have forgotten to take down.

The trouble with Handshake

Why are there jobs listed that are not even on our campus or in our state? Some of the jobs that come up might not even be currently available. There are three Health and Recreation Complex jobs listed on the site, but in January, I emailed the HRC department and asked if they were hiring for any position, and they said no. So either those jobs are not truly available, or the HRC really does not want me working there.

Junior English-education major Lucy McRoberts had her own struggles using Handshake, which prompted her to get an off-campus job.

“Even though I work off campus now, I still get [Handshake] emails occasionally,” McRoberts said. “They say, ‘We think you’d be interested in these positions,’ and they’re not even on campus. Half the time I get positions for substitute teaching jobs in California. How am I supposed to sub in California when I live in Indiana?”

“For the first two years on campus, I did not have a job because I was looking on Handshake, and it was confusing,” Michaels said. “Jobs are hard to find, and by the time you do find one, usually all the spots are taken. When I got to [Apartment Village], literally when I was moving into my apartment, there was a sign on the [Dawghouse] door with a QR code saying, ‘Do you want to work the front desk?’ So I scanned it, filled out a Google sheet, and I’ve been working in the front desk all year now. So it was easy, but you have to be in the right place at the right time.”

Most of the jobs I have applied for this semester were not even on Handshake to begin with. I hear about them from friends or professors. The whole purpose of Butler utilizing Handshake is so that those job opportunities will all be in one place, and they are not.

There is hope if you look for it

Another source of job listings presumably people use is the Daily Digest newsletter, which is a web page and daily newsletter of announcements that students can receive through their emails. It lists upcoming events at Butler, club call-out meetings and job openings on campus. I had no idea that it existed until sophomore year, but it is a good resource to use if you sign up for it.

So it really does seem to be a game of what resources you are able to find. If you know professors or administrators at Butler, they might happen to mention job opportunities for you. If your major’s department has jobs for students, you might be offered one. If you sign up for the Daily Digest newsletter, you could see potential job listings.

Junior youth and community development major Macy Cansdale had luck utilizing the Daily Digest during her first year at Butler.

“I wasn’t really looking for a job, necessarily, but one day at Atherton freshman year, I was looking through the [Daily Digest] since they send it every morning,” Cansdale said. “I looked through it, and it said that they needed help in the equipment department and the athletics department doing laundry, and I was like, ‘I could do that.’ So I just emailed my current boss, and she just called me. We talked on the phone for a little bit, and then she gave me a tour of the department. I’ve worked there ever since, so this is my third year.”

I had hoped it would be easy for me to find another job on campus, but that might not be the case. Handshake doesn’t work, the Daily Digest has not listed job offerings in a while and word of mouth has not worked out for me. For others struggling, keep your eyes open and do not solely rely on Handshake for jobs. For me, I think it is time I take my search off campus, where the jobs are plentiful, and the pay is higher. If you know anyone who is hiring, my email is in the byline.