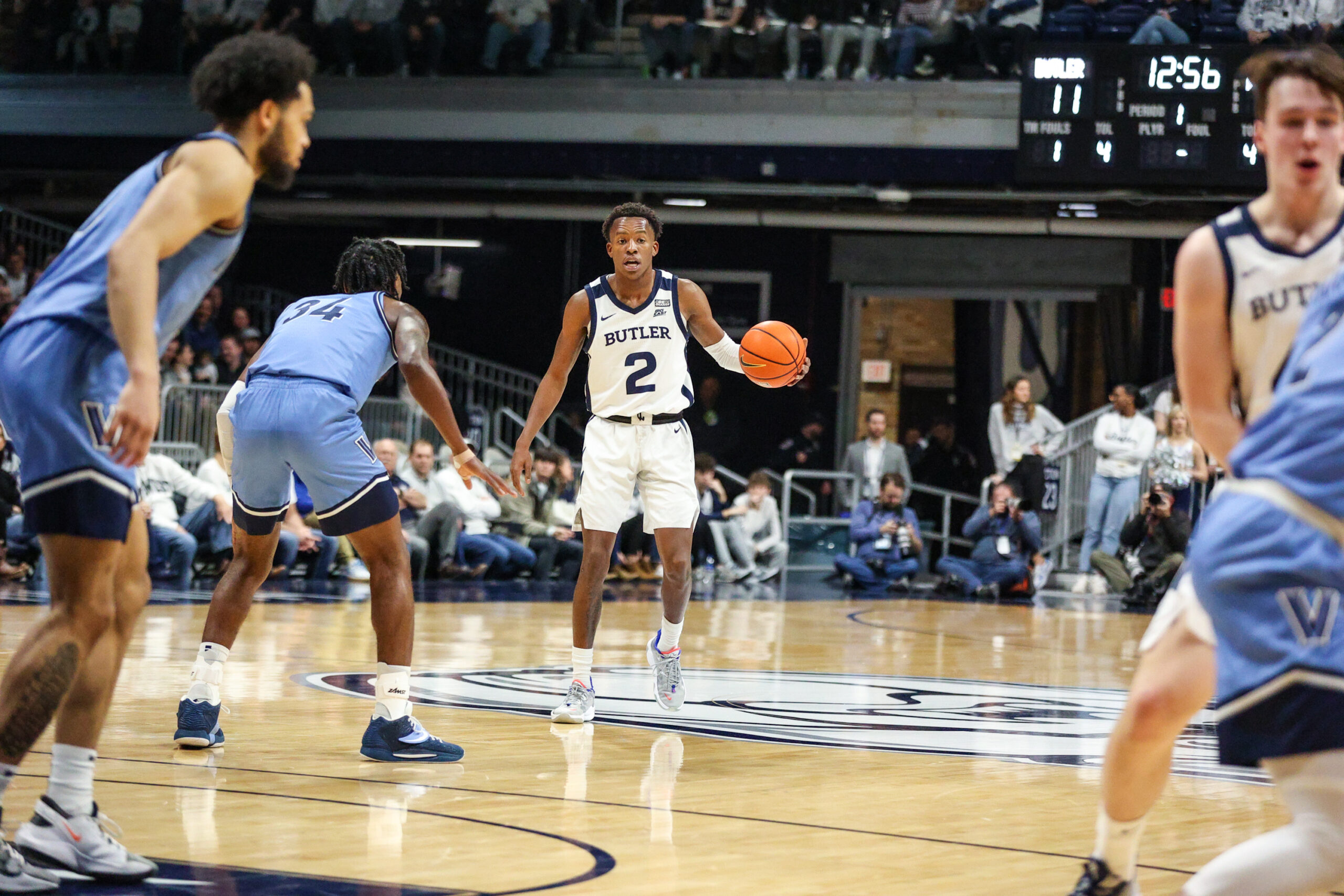 Graduate student Eric Hunter Jr. directs the offense during the game against Villanova on Jan. 13. Photo by Claire Runkel.

After a 30-point defeat to a ranked UConn team, the Butler men’s basketball team will face another ranked opponent in the Providence Friars. The Dawgs will have to be locked in for the full 40 minutes in order to pull off the upset. If graduate center Manny Bates is unable to play for the fourth straight game, it will be an even tougher task for a Butler team that has gone 1-2 without him in this stretch.

Here’s what you need to know before the Bulldogs take on the Friars.

Who: Butler at No. 23 Providence

Can Eric Hunter Jr. get back on track?

A step in the right direction of Butler having more success would be seeing Hunter Jr.’s play elevated back to the level that he set at the beginning of the season. The confident version of Hunter Jr. that knew his spots and hit shots would be a huge boom for the offense. It would help alleviate pressure off the other guards and allow for more openings within the offense.

Friars on the rise

After starting off 5-3 back in November, Providence went on a nine-game winning streak before dropping two games to Creighton and Marquette. They got right back in the winning column after beating DePaul for the second time this season and now sit at third place in the Big East standings with a 7-2 conference record. For the Bulldogs to win, they will have to do something no other team has been able to do so far this season. The Friars sit at 11-0 at home and have made their home atmosphere a tough place for opponents to play.

The Dawgs will have to attempt to slow down sophomores Bryce Hopkins and Devin Carter. Hopkins is the Friars leading scorer at 16.6 points per game and Carter scored 21 points in the previous matchup against the Bulldogs. Another player to monitor is graduate student Noah Locke. Locke is coming off a career-high 29 points in the 75-64 win over DePaul.