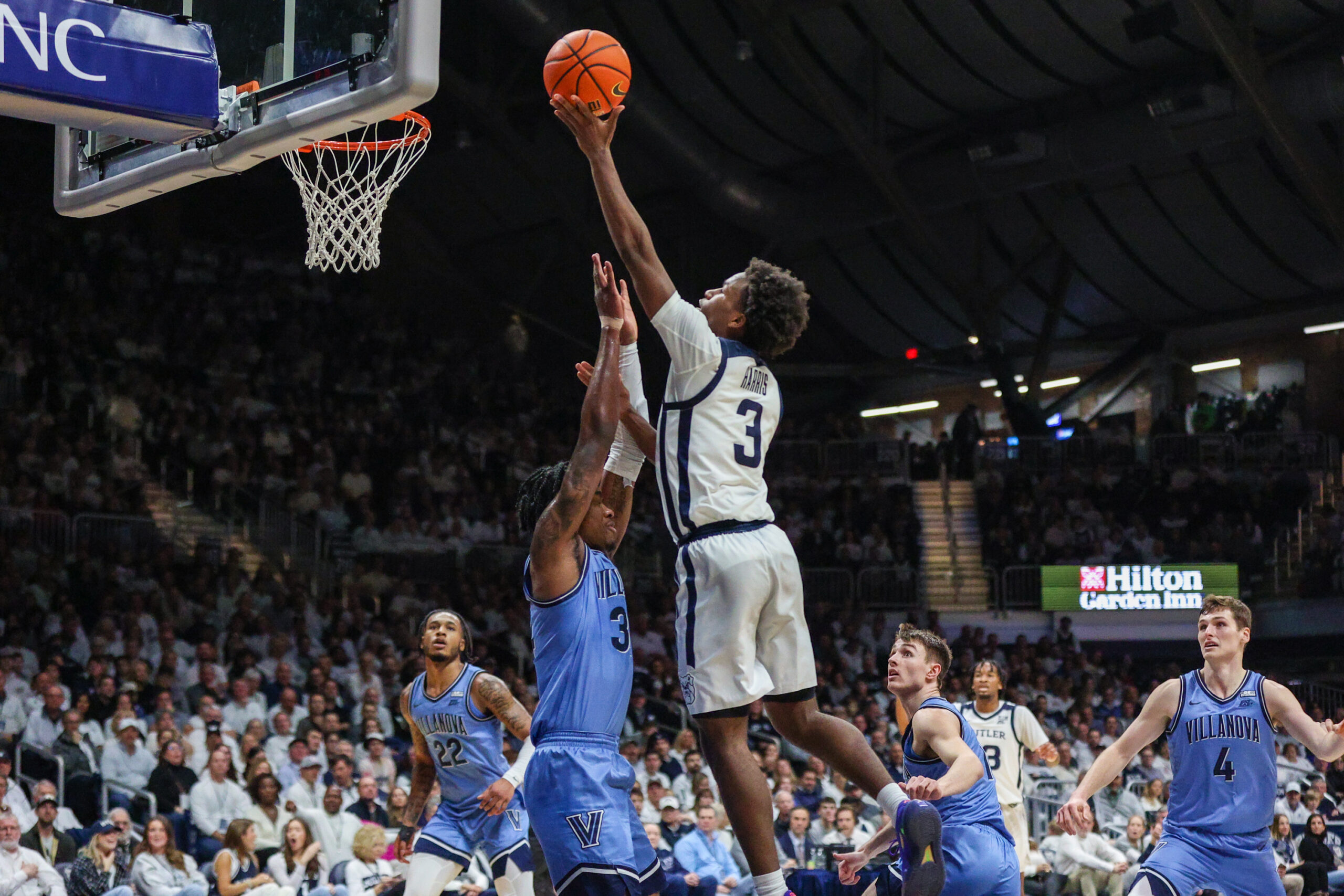 The Butler men’s basketball team picked up their seventh conference loss with an 86-56 loss at No. 15 UConn. The Bulldogs were led on offense by junior guard Chuck Harris with 16 points. Sophomore guard/forward Simas Lukosius added 12 points along with six rebounds and sophomore guard Jayden Taylor finished with 11 points and five rebounds.

UConn led for the entirety of the game and never looked back. Sophomore Jordan Hawkins led all scorers with 20 points. Junior Adama Sanogo picked up his fourth double-double of the season in a 17-point, 14-rebound performance. Sanogo’s line was impressive considering he only played 24 minutes.

Let’s go beyond the box score to recap the Dawgs’ worst defeat of the season.

The first half of this game was something that is becoming a familiar sight this season. The Bulldogs were unable to score and could not get stops on the defensive end. The Dawgs were held to 24% shooting from the field and allowed a 17-3 UConn run that put them in a 45-23 deficit at the half.

The one positive in the half was the excellent play of Chuck Harris. Harris had 14 points and was the only player able to generate much of anything against the Huskies’ defense. Unfortunately for the Dawgs, the three other starters not only did not score in the first half but did not score a single point the entire game.

Conference play has been a house of horrors

Manny Bates missing time due to injury has certainly not helped the team, but even with him in the lineup, the starting lineup has still been outplayed. A key for any unit is seeing effort on the defensive end of the floor even if you are down on the scoreboard. This team does not seem to be doing that in conference play even with veteran players out on the floor.

Of the Dawgs’ seven conference losses, six of them have been by 20 or more points. As a team that has experience, it is unfathomable that they are getting embarrassed in all of these losses. It is unknown what Thad Matta can do with this team or even what changes can be made. Will some bench players start receiving more minutes? Only time will tell, but as of right now, this team has disappointed and the remaining schedule will not get any easier.

Butler will take on the No. 22 Providence Friars at Amica Mutual Pavilion in Providence, Rhode Island on Jan. 25. The Bulldogs lost earlier in the season to the Friars 72-52 and need a win to avoid a three-game losing streak. The Friars are coming off a 75-64 home win against DePaul.