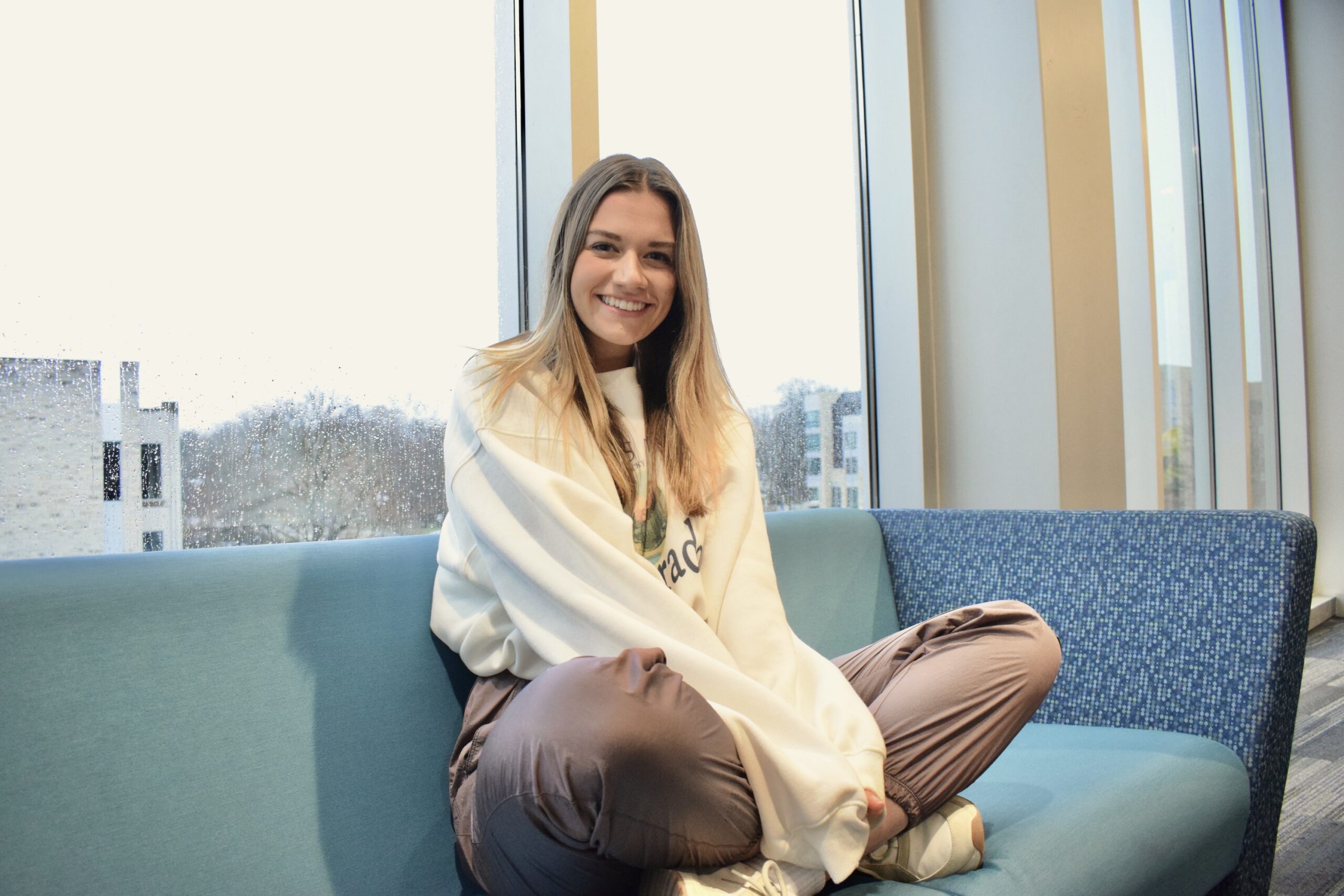 Olivia Liebe, a senior theater major, is still receiving praise for her documentary, created this past semester as a result of an independent study course. Primarily directing the film alone, Liebe used research, interviews with dieticians and public surveys to create the film. “ANTI DIET: A documentary,” premiered to an audience of Butler community members, and is available for free on Youtube.

THE BUTLER COLLEGIAN: Can you describe your film a little and what it is about?

OLIVIA LIEBE: My description of it is: diet culture has inserted itself into our society in so many different aspects that often we aren’t even aware of. Through conversations and interviews and research, I looked at people’s relationship to food, how they view food and I examined a counter way of living and eating defined by intuitive eating.

TBC: What made you want to make a film about this?

OL: It’s a personal topic to me. We all have grown up in diet culture, whether we know it or not. I specifically had experiences with food that led me to the lowest place I’ve been mentally. After experiencing that myself, I gained more of a passion for it and tried to start living my life in a new way. I then became passionate about sharing that with other people when I started to observe diet culture because I think there’s different steps to it. Awareness is always step one, and then processing and moving through it yourself is step two. Step three was seeing it and wanting to do something about that so that no one else goes through what I went through. My intent was to spark something in people so that people can have a framework to consider things from.

TBC: Can you walk through the process of creating the film and where you got started?

OL: I did it as an independent study [with Dr. Christine Taylor in creative communication and media] this past semester. I went through about four weeks of pre-production, five weeks of production and then about five weeks of post-production. For the first four weeks, I started researching diet culture in general. I started looking into who I could talk to. That’s how I came across the dieticians that I interviewed for my documentary. They were super excited about the concept of creating a documentary around this because it’s super important to them.

I filmed mostly by myself, which was interesting because typically in an interview with somebody, you’re sitting there asking the questions. I had to set up a prop person for my dieticians to look at so that I could man the camera and get the shots because I didn’t want to seek out help for filming. I did some public surveys where I went out into the public and asked them questions about their relationship to food. I did surveys so that I could look at results and track what I was seeing. I was curious to see what kind of language people were using around food in Indianapolis.

I had to go through about 35 hours of footage, but ultimately I pared it down to a 20 minute documentary. From there, it was assembly, music and adding titles. I’m familiar with editing. As a kid I would grow up making videos, but this was another level. It was a long process.

TBC: Did you get any funding?

OL: I didn’t. I’m really grateful; I’ve taken several classes in the creative media and entertainment [program], so I was able to borrow some [equipment] for filming. For the most part, I just sought out people that were willing to give me their time. I tried to keep it as simple as possible in terms of resources.

TBC: Do you think you want to create more films in the future? Did this inspire you at all?

OL: It definitely did. I think it was one of those things where until I did it, it was always a “what if?” Now that I did it, I answered that part of my brain, “Can I even get this done?” In the future, I would love to go through a process like this with a team, even if it’s as simple as an interview. It would have been helpful to have somebody double checking the mic. I had this whole disaster where I filmed for an entire day and at the end of the day, I realized the mic had not picked up anything, so I had to scratch all that footage. This whole process has inspired me to do more collaborative work, which is exciting because I often am somebody that likes to work on my own.

TBC: Do you have anything else to say about the film?