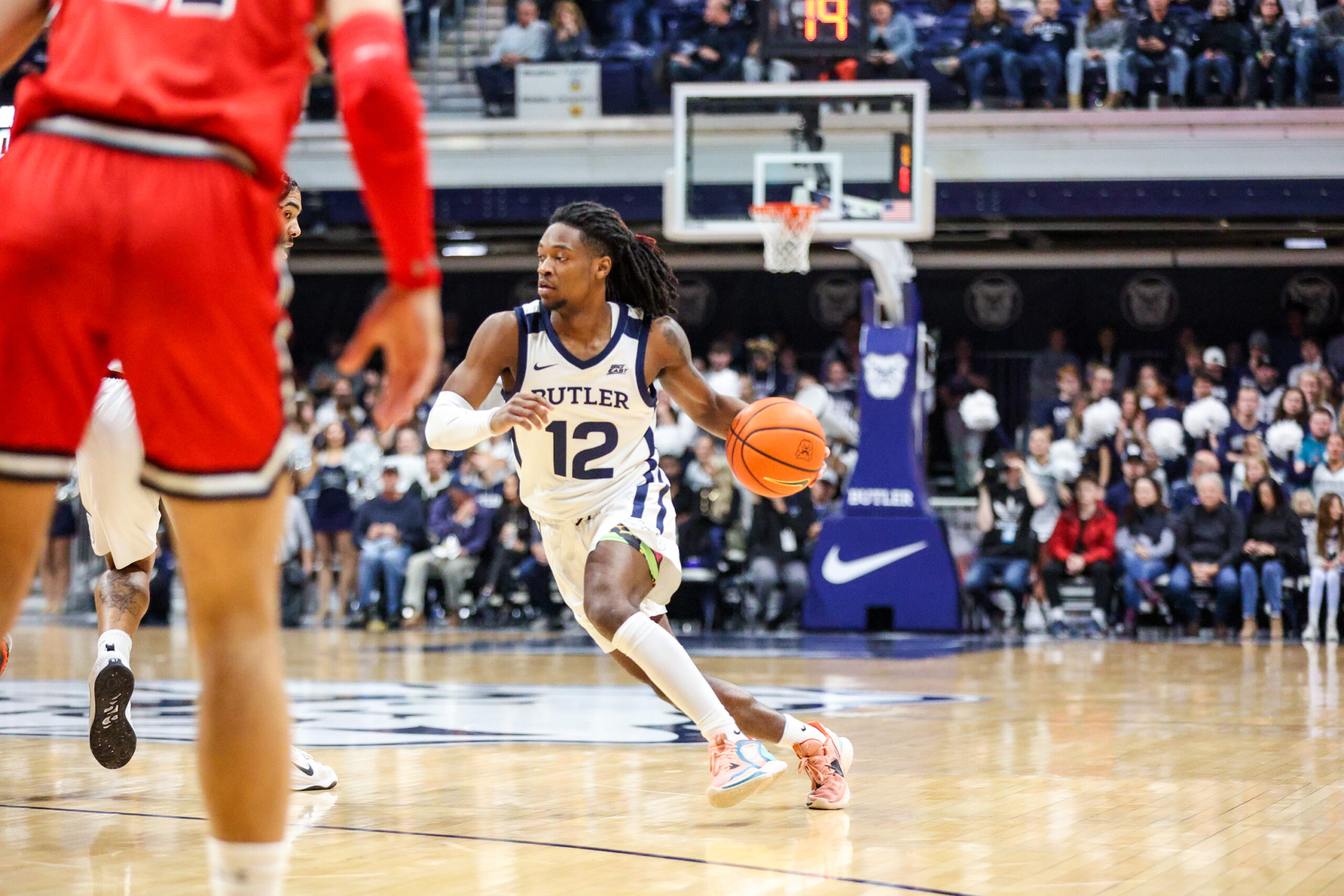 Butler men’s basketball will take on The Citadel Bulldogs for their final home game before they fly to the Bahamas for the Battle 4 Atlantis Tournament. Three games into the season, the Dawgs are still feeling out their strengths and weaknesses. With multiple injuries to their frontcourt, the Butler backcourt has had to step up. They did so in a big way in their last game, with guards Chuck Harris, Eric Hunter Jr., and Jayden Taylor combined for 55 of the team’s 95 points against Saint Francis. And of course, graduate center Manny Bates has been a force at the five spot — averaging 16.3 points, 8.3 points, and 3 blocks per game.

Here’s what you need to know ahead of Saturday night’s game.

Who: Butler vs. The Citadel

Keep up the efficient shooting

In their first two games of the year, Butler struggled shooting the ball from deep. Against New Orleans and Penn State, the Bulldogs were just 9-47 from beyond the arc. The struggles didn’t last long though, as Butler posted a season-high 8-15 line against Saint Francis.

Taylor — who had struggled mightily from the field in the first two games — had his best game of the early season against the Red Flash with 15 points on 6-7 shooting.

Bates only played 21 minutes in an efficient but limited role against Saint Francis. Expect him to be more involved in this matchup like he was in the first two games of the season.

“The Military College of South Carolina” enters Hinkle Fieldhouse for just the second time in the program’s history. They are led by senior Stephen Clark and graduate transfer Austin Ash. Clark and Ash are averaging 20 and 18.7 points per game, respectively.

In their last game, The Citadel defeated Morris College 109-66. Clark led the team with a 21-point, 10-rebound double-double. He was followed by Ash with 20 points. The team pulled down 20 offensive rebounds, outrebounding Morris 69-32.