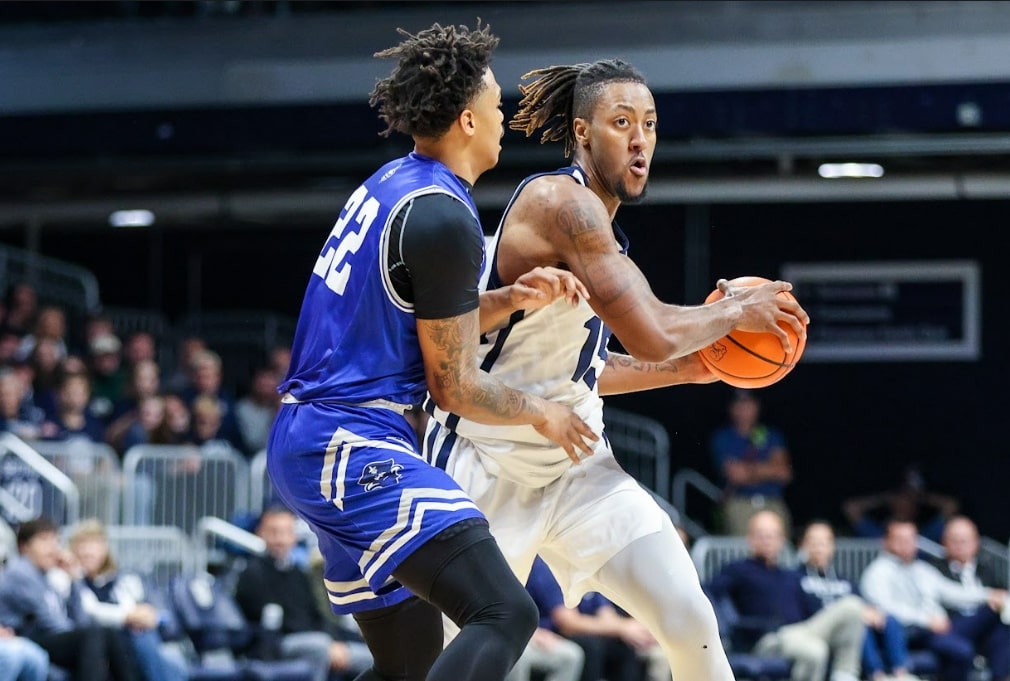 The Butler men’s basketball team will face its next test in the Kansas State Wildcats as part of the Big East-Big 12 Battle. The Bulldogs sit at 4-3 and are coming off a 1-2 showing at the Battle 4 Atlantis Tournament in the Bahamas. The Dawgs are still dealing with injuries and have seen the rotation shortened as a result. In their last game, the rotation went eight deep but the starters played heavy minutes and saw good production from their guards. Junior guard Chuck Harris led the way with 20 points in a 76-61 loss to NC State. Sophomore guard Jayden Taylor has stepped up his game in the last four games and is averaging 18.5 points per game off of 50% shooting beyond the arc. Taylor looks to ride the momentum of his strong play as the Bulldogs attempt to get back into the win column while the Wildcats will try to remain undefeated.

Here’s what you need to know ahead of the matchup between the Bulldogs and Wildcats.

Butler’s offense is at its best when the ball is being passed around and does not just stay in one place for the entirety of a possession. In Butler’s wins, there has been a consistent theme of the ball on the move and guys constantly cutting and in the flow of the offense. The Dawgs have averaged 18 assists per game in wins and nine assists per game in losses. Assist numbers tend to suffer in losses, caused primarily by the offense’s scoring droughts — which have occurred more often in recent games.

Turnovers could be a cause of fatigue as the heavy minutes have set in, but the last few games in particular have shown the difference between the offense firing on all cylinders and being out of rhythm. The offense has suffered when there is no movement out on the perimeter and mistakes have come in bunches. While some turnovers have been of the inevitable lazy pass variety, a few have been as a result of guys trying to do too much and forcing the action. This team has to share the basketball and find the open shots rather than try to isolate guys and go one-on-one from the top of the key.

Look for Taylor and Harris to continue distributing the ball, as the duo is averaging their highest assists per game of their college careers. Graduate guard Eric Hunter Jr. is also averaging more assists so far than he did last season at Purdue. This team is too good to be turning over the ball as much as they have been and need to find their offensive identity soon before the start of Big East play.

Scouting report on the Wildcats

The Wildcats will enter Hinkle Fieldhouse for the first time in program history as the two teams first met at a neutral site during the 2010 NCAA Tournament. They are led by seniors Keyontae Johnson and Markquis Nowell. Johnson and Nowell are averaging 17.7 and 15.3 points per game, respectively.

Johnson playing this season has been a remarkable story. While he was a member of the University of Florida basketball team, Johnson collapsed on the court during a game on Dec. 12, 2020. He missed the remainder of that season and all of the 2021-22 season. Florida honored him by giving him a Senior Day start after he had been unable to practice or play for 15 months. He decided to attempt a return to basketball and transferred to Kansas State. The former Preseason SEC Player of the Year is off to a hot start as he is shooting 54% from the field and leads the team in rebounding.