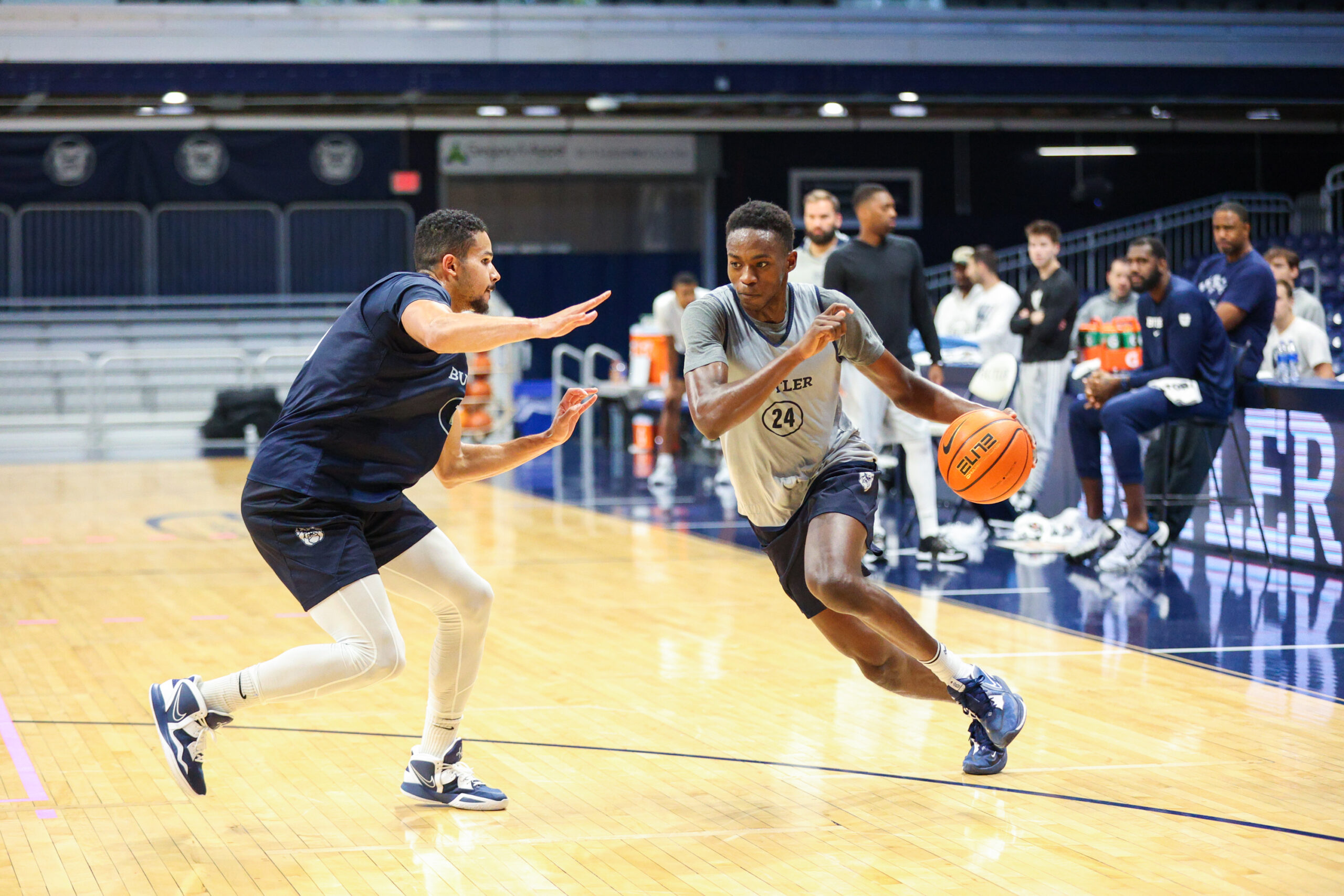 Butler travels out west to take on the California Golden Bears for the first time ever in men’s basketball history. Butler has a record of 15-11 against Pac-12 Conference teams that are still in the conference. The last time Butler played a Pac-12 team was in 2019 for the Hall of Fame Classic Championship, where Butler defeated Stanford, 68-67.

California was ranked 10th in the Pac-12 conference for the 2021-22 season with a conference  record of 5-15 and overall 12-20. The Golden Bears graduated many of their top scorers, including Jordan Shepard who averaged 14.6 ppg. However, the team has a talented incoming class with several four-star recruits. This matchup should be a promising win for the Bulldogs while on the road.

The Friars are coming off one of their best seasons in a long time, making a trip to the Sweet Sixteen and going 14-3 in conference play. The Bulldogs stayed on Providence’s level in all three matchups last year, but could not keep their momentum up to finish any of the games with a win. However, this year Providence is looking at a rebuilding year. All five of their starting players from last season departed and the reigning Big East coach of the year Ed Cooley welcomes in eight new players. Hopefully the Bulldogs can redeem themselves and get out of the losing streak to Providence at Hinkle.

Since this game is not at home, it ranks farther down the list, but taking on a Big East rival such as Villanova still makes the game worthy of your top-10 watchlist this year. The Wildcats won the Big East Tournament and made a trip to the Final Four last season. This year, Nova said bye to their star player Collin Gillespie and several other seniors from their starting lineup. Villanova is not going to be the same team they were last year, but will still remain a powerhouse within the conference. This being the second game against Villanova during the season, maybe the Bulldogs can figure something out and make this game an interesting one.

The last matchup of the regular season for the Bulldogs and what a perfect way to head into tournament play with a win. The last time Butler lost to Xavier inside the Cintas Center, the score was 68-66. The Musketeers should credit this win to Zach Freemantle, as he was the only player to score double digits while Butler had three players in the double digits. Hopefully, the Bulldogs can keep it together this time — if so, Xavier will be hearing the roar of the Bulldogs all the way from Indianapolis.

The ​​annual Gavitt Tip-Off Game series will be an interesting matchup for the Bulldogs and Nittany Lions. Penn State and Butler are set to meet for the first time since 1992, with Penn State securing the win 67-64. The program went 14-17 overall and 7-13 in Big Ten play, placing themselves in the lower half of the Big Ten teams. The majority of their lineup will be returning this year, including Jalen Pickett, who averaged 13.3 points per game. This should be an easy-going game for the Bulldogs against a team from a highly successful conference. A nice win to add to Butler’s resume.

This will be a highly anticipated game for the Bulldogs this year as they go up against UConn in their first Big East game of the season at Hinkle. The Huskies went 23-10 and 13-6 in conference play last season before losing in the first round of the NCAA Tournament. Key departures include two of last season’s star players in Tyrese Martin and R.J. Cole, but the team is freshly balanced with a number of returning players, transfers and first-years. If Butler finds a way to score against a very defensive-minded team, maybe some magic will happen in Hinkle.

The last matchup between Butler and Tennessee was in 2015 with a Bulldog victory over the Volunteers. Times are different now. Tennessee comes into the season as the No. 5 ranked team in the preseason AP poll. Tennessee returns Santiago Vescovi who averaged 13.3 ppg and Josiah James Jordan. The team also picked up Tyreke Key from Indiana State. The Volunteers’ tough defense will likely make it difficult for the Bulldogs to pull off an upset. A win may be unlikely, but this matchup will prepare Butler for other high-stakes matchups for the rest of the season.

Xavier is going to be on the hunt for revenge in their first matchup against the Bulldogs for the 2022-23 season. Xavier defeated Butler twice in non-tournament play, but the Bulldogs found a way to score the win in overtime during the first round of the Big East Tournament. Xavier did lose their top-scoring player, Paul Scruggs, but are adding two top-100 ranked players to their lineup. Both teams are going to be playing at the highest level to secure this win and this matchup is definitely a toss-up, but it is always a good day when the Bulldogs win.

Another team ranked in the top 25 come to invade Hinkle Fieldhouse. In the preseason ranks from the AP poll, Villanova is sitting at No. 6. The stability and strength of this team decline as head coach Jay Wright retires after 21 seasons with the Wildcats. Along with replacing the head coach, there is the task of filling the shoes of Collin Gillespie and overcoming a long list of injuries. If injuries remain by the time this matchup occurs, Butler will have a better chance at an upset by taking on a young Wildcats roster.

With a very young team last year, the Creighton Bluejays made a statement in the conference with an overall record of 23-12 and 12-7 in the Big East. Now with a mature and veteran-filled team, the Bluejays can make a run for a Big East Tournament title this year. The Bulldogs went 1-1 to Creighton last season and only lost by two at Creighton. This year, Creighton is returning four main players and adding two hot commodities from the transfer portal, Baylor Scheierman and Francisco Farabello. Both players have the expectation of filling the roles of departing players. If the Bluejays live up to the hype, this will be another tough matchup for Butler’s schedule.