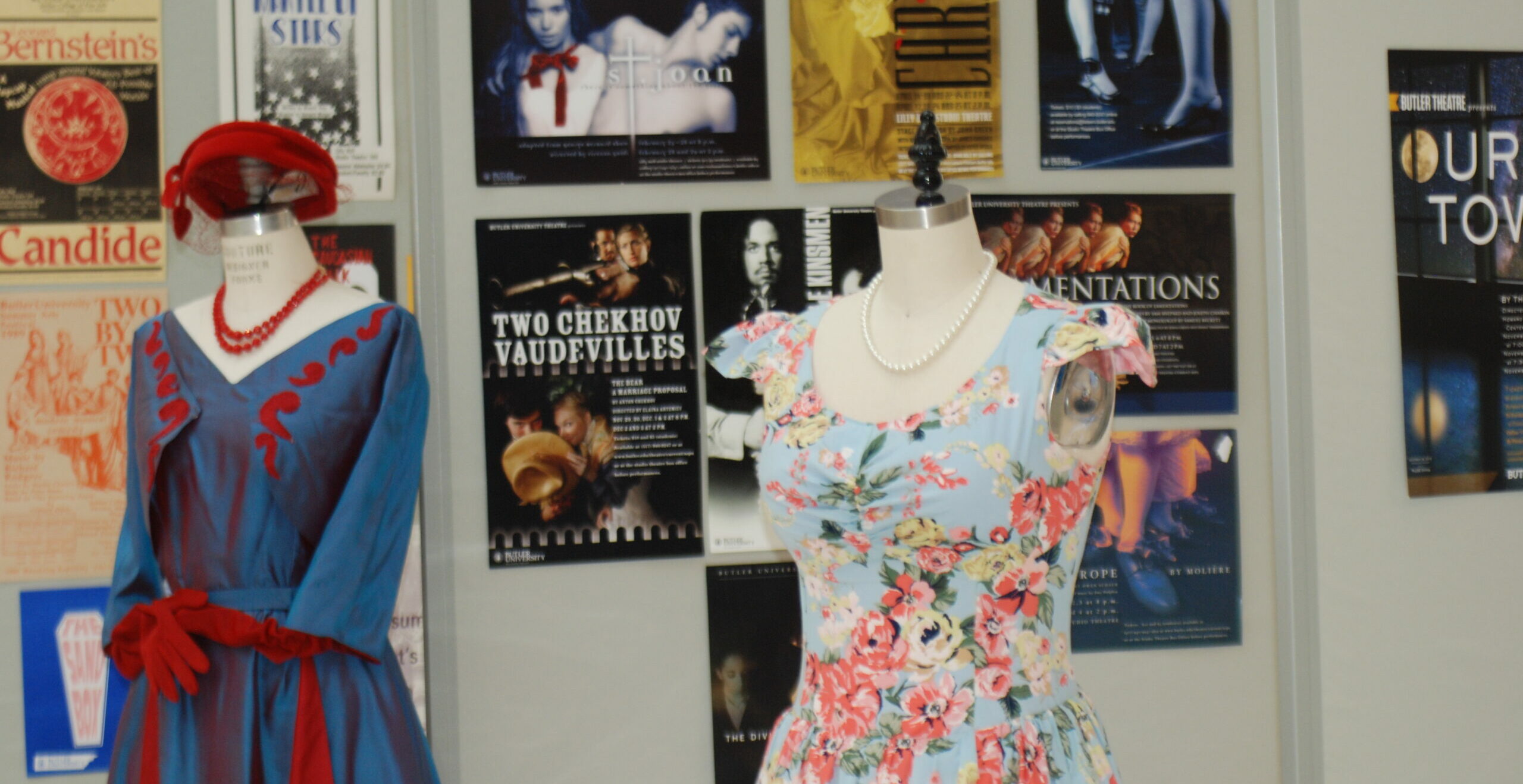 Butler’s theatre department celebrated its milestone year with a series of events.  Photo by Paige Horsley.

This year marks the 75th anniversary of Butler’s theatre department. To celebrate this landmark, a series of special events took place during Homecoming weekend from Oct. 21 through Oct. 23.

The celebration included a number of activities such as a tailgate tent before the football game, a reception, workshops, tours and a dinner in Lilly Hall. All events were open to the public and free of charge.

Butler offers a variety of emphases within the theatre department, opening the doors for students to major and minor in the artform. Emphases include acting, stage management, directing, technical theatre and musical theatre. Students are able to expand their horizons by having the flexibility to take classes outside of their desired pathway.

Diane Timmerman, department chair and professor of theatre, has been with Butler University since 1993, while also producing, directing and performing. She is currently working at both Butler and the Indianapolis Shakespeare Company.

“We really want to open all those doors for our students, while at the same time giving them the deep training that they want that prepares them for the profession, and many of our alumni are professional actors, directors, designers, stage managers, arts administrators across the country and abroad too,” Timmerman said.

Timmerman said that the Irwin library has been working hand-in-hand with the theatre department for the past few months in order to prepare for the celebration. The display includes costumes, props and posters of past performances.

Next month, the department will become digitized with a website dedicated to the history of theatre at Butler. The website will launch records of the program’s achievements since the department was first formed in the 1920s.

Ollie Sikes, a sophomore theatre and English double major, said they are excited about the promotion the 75th celebration will bring to the department.

“Theatre is one of the greatest arts that we have as a society,” Sykes said. “It’s one of the real-est ways you can express an emotion about something.”

Theatre has been a vibrant part of the Butler community since the founding of Jordan College. The department began as drama clubs, school productions and even a few classes offered to students. In 1947, the department officially became known as the Speech and Theatre department under chair and professor James Phillippe.

Students in other departments are also excited about the celebrations. First-year exploratory business major Brogan Smith said it is amazing to see the theatre department in the spotlight.

“It’s amazing,” Smith said. “Theatre deserves so much more than it gets. I love that Butler is taking the time to acknowledge 75 years of the department. Of course I’m going to go to the shows and join in the celebration. Anything that helps support them, I’m willing to do.”

The department will be presenting “The Station: Limbus Time” from Nov. 9 to 13 at the Lilly Hall Studio Theatre. This mainstage production, along with all mainstage productions for the 2022-23 school year, is free of charge in honor of the 75th anniversary.