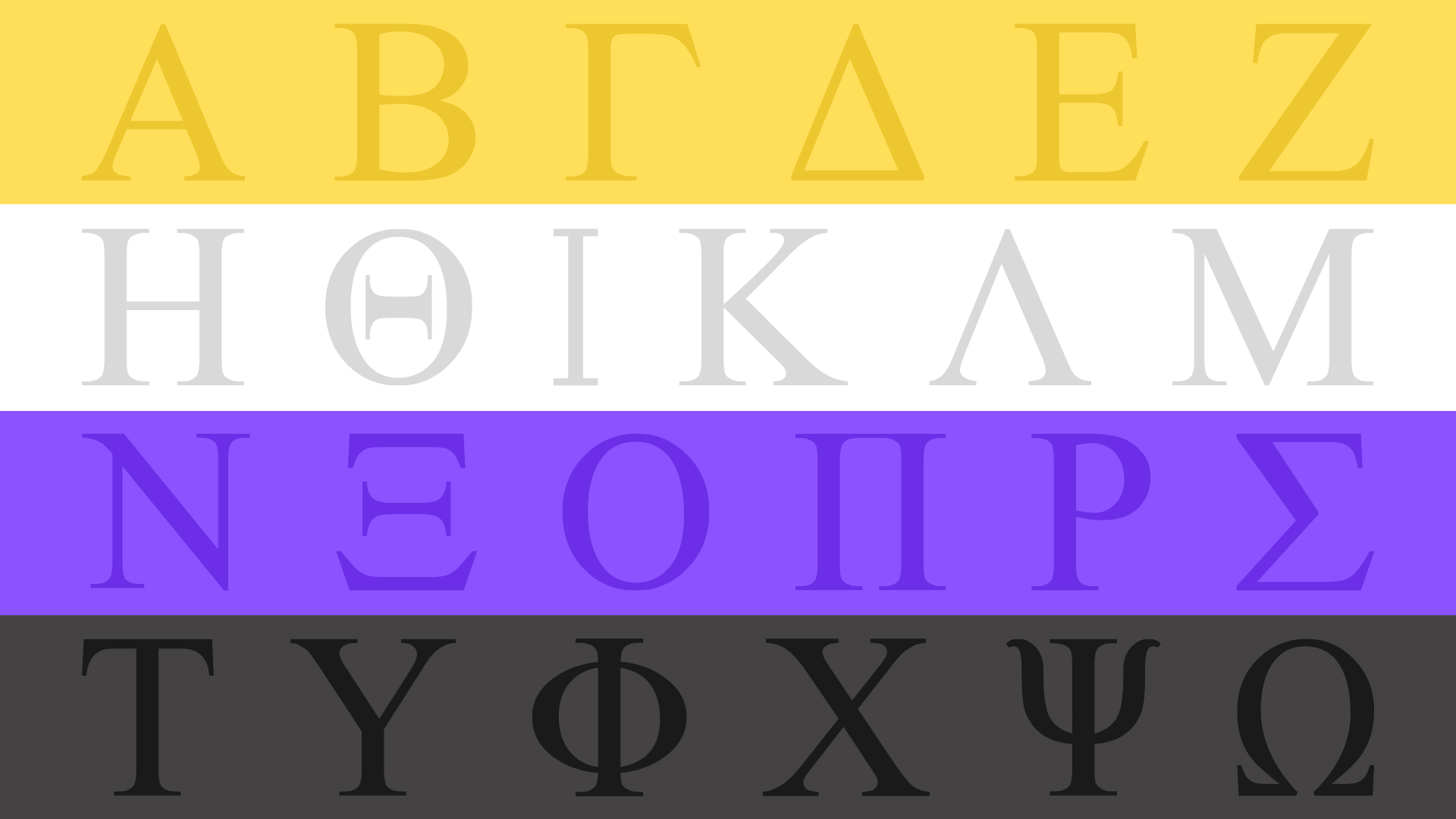 Does the very nature of Greek life exclude those outside of the gender binary or is there space for everyone? Graphic by Lauren Hough.

In the summer before my freshman year, while most of my friends were busy picking out dorm decorations or lamenting a class schedule full of early mornings, I was deciding what name and pronouns to use for the next four years of my life. Although I had identified as nonbinary for several months already, I wasn’t “out of the closet” to more than a handful of people. My transition to Butler University would be the first time in my life where my genderqueer identity was more than a dirty secret — and like any queer person, I anxiously awaited rejection and harassment. So, informed only by fear and self-preservation, I decided well before my first day on campus to stay very, very far away from Greek life.

My mom, a Tri Delta at Franklin College, was understandably disappointed to learn that I wanted nothing to do with Greek life. She encouraged me to participate in rush week, or to at least attend Panhellenic-sponsored events — especially since my only prior encounters with Greek life had occurred via the stereotypical depictions in 2000s movies.

But I had already convinced myself that there was no room for an openly genderqueer person in Greek life which, for almost two hundred years, has categorized people according to a strict gender binary. Despite the policies of diversity, equity and inclusion that Butler’s student body works tirelessly towards, I never considered that their Greek life communities might also embody those ideals.

Now, as a current junior, I’ve had plenty of opportunities to interact with people from sororities and fraternities that contradict my stereotypical vision of what Greek life at Butler is like. And although I’ve appreciated hearing about their positive experiences, I’m still reluctant to assume that a gender non-conforming person like myself would find the same acceptance and support in those communities. I wanted to hear about the experiences of people who didn’t fit so neatly within the gender binary.

Lexi Scida, a junior music composition major and Tri Delta member, uses they/she pronouns. Although she identified as cisgender during the recruitment process, she spoke positively about her transition of coming out as nonbinary after becoming a part of the sorority.

“I’ve been more open about the [genderqueer] part of my identity,” Scida said. “It’s been something where I have felt very, very respected within the house.”

They also mentioned feeling particularly affirmed when close friends in the sorority alternated the use of their two sets of pronouns.

To some, this may seem like the bare minimum. But as a person who is constantly misgendered in classrooms, clubs and even by close friends, I was overjoyed to hear about these conscious efforts from other Butler students to create an affirming environment for their friend.

Butler alum Sarah Ault, who identifies as a nonbinary demigirl and uses she/they pronouns, also talked about the support they received when coming out as genderqueer after joining their sorority, Alpha Chi Omega.

“When I decided to change my pronouns, the close friends that I had made in Greek life were just immediately supportive of that,” Ault said. “There was never a big announcement … that I felt like I had to go through, but people were like, ‘Oh, okay, these are your pronouns now.’”

I believe it’s worth noting that because Scida and Ault came out as genderqueer after their respective recruitments, the experiences of people who are ‘out’ prior to recruitment may look a little different. Still, these shared memories of quiet acceptance are what finally began to alter my perception of Greek life at Butler University.

People who do not identify as genderqueer may not realize that the smallest displays of support are often the ones that carry the greatest weight. Too often, there’s a desire in our culture for performative allyship: radical demonstrations, emotionally charged riots and anything that can be put on social media for thousands of likes and views. But none of these efforts matter without the simple act of respecting pronouns, using someone’s preferred name and giving them a safe place to express themselves.

Although Butler’s individual Greek life members are certainly stepping up to promote diversity, equity and inclusion, sororities and fraternities are unique in that they are often constrained by their own founding principles. The very existence of these organizations enforces a gender binary by creating two distinct categories of male and female, and the rules that govern sororities and fraternities are often put in place to maintain that separation, whether for purposes of safety or to simply ensure exclusionism.  This is why there’s often a limit to the amount of progress Butler’s Greek life can actually achieve without violating the rules of their national chapters. For example, though some universities have released statements establishing their sororities and fraternities as co-ed or genderqueer-friendly, Butler has failed to do so in an official capacity, as the national chapters of the organizations specifically on Butler’s campus have not explicitly stated their policies on gender inclusionism.

Additionally, Scida spoke about an experience in which their membership within a professional women’s music fraternity, Sigma Alpha Iota, was threatened because of their stance on gender inclusivity.

“I’m the president, and I’ve been pretty open at the local level about how we’re going to be gender inclusive and [accept all genders except] cisgender men … and I’ve come into arguments about that,” said Scida.

Though Scida remains president, thankfully, I began to wonder if this issue would eventually impact social sororities and fraternities as well. Butler might have a progressive student body, but what happens when they have to follow the same rules as universities across the nation?

Sam Jones, a sophomore voice performance and German double major, is a member of Lambda Chi Alpha and uses they/he pronouns. He offered his perspective on the limitations of Butler’s Greek life.

“I think Butler is pretty good at being inclusive, a lot better than other colleges,” Jones said. “But I also think they’ve gotten to a point where the progress has kind of stopped since it depends on the national chapters.”

While Jones also spoke positively about their experience as a nonbinary person in a fraternity, these communities can be even less accepting than sororities, mostly due to the hypermasculine culture that fraternities were originally founded to uphold. Although it is possible for individuals to challenge this culture, just as they seem to be doing by affirming Jones’s identity, there are no nationally recognized rules in place to ensure that people of differing gender identities will feel safe and accepted in fraternity environments.

It’s probable that the standards of national chapters exist in order to guarantee equal treatment to all sororities and fraternities. However, I still can’t help but feel somewhat disappointed. At the end of the day, no matter how forward-thinking the individuals of Butler’s Greek life may be, there’s a hard limit on what they can achieve without national intervention.

But after speaking with some of the nonbinary members of Greek life on Butler’s campus, I’m pleasantly surprised by their experiences of overwhelming support and affirmation. Although Greek life is not something that I personally feel called to, it’s beyond cathartic to realize that many of these spaces are not the cesspool of rejection and transphobia that I initially feared. For other nonbinary students at Butler, especially underclassmen, Greek life may be an unexpected place to find community and like-minded individuals.

And while Greek life may not be for me specifically, Ault raised an interesting idea about a future where there may be a possibility for more than the binary division of fraternities and sororities.

“I don’t think [Alpha Chi Omega] would have any problems accepting, say, a trans woman into their sisterhood,” Ault said. “But for those who are nonbinary or genderqueer or gender-fluid … and still want to have this social society, it would be really cool. I think we’re years away from that, for there to be gender non-conforming Greek life … but that would be really cool.”

For centuries, Greek life has catered to a very exclusive type of person. Although some individuals have fought to create space for more diverse demographics, there will always be people — like myself — that feel fundamentally different and unable to share in those experiences. So although it may seem radical and even unrealistic to propose a third option for people who do not fit into either fraternities or sororities, I see this as an equitable and entirely necessary reformation. Despite the considerable progress made by Butler students, genderqueer people deserve a community that supports and affirms their unique experiences — just like the communities that have always, unquestionably been provided for cisgender people.