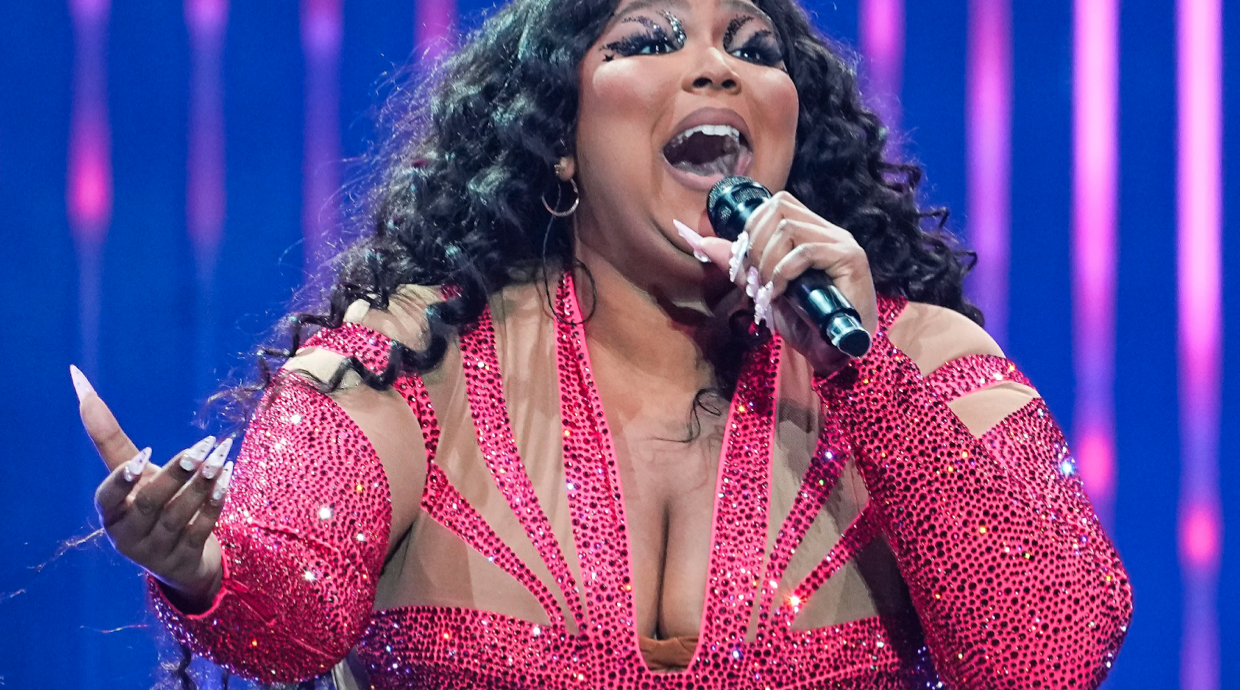 Lizzo slays the night away at Gainbridge Fieldhouse with a packed arena. Photo courtesy of the Indy Star.

In case nobody told you today, you’re special.

All the rumors were true in downtown Indianapolis on Oct. 18. Fans filled Gainbridge Fieldhouse to experience “The Special Tour” — with three-time Grammy winner headliner Lizzo with featured openers of Latto and Saucy Santana. Promoted by Live Nation and T-Mobile, “The Special Tour” immersed fans in electrifying performances with a prevalent theme of the importance of daily self-love.

Starting in Florida in late September, Lizzo and her crew have been traversing the United States. “The Special Tour” will end its U.S run in mid-November in Los Angeles. The tour will  then head across the pond to Norway, Germany, Italy, the Netherlands, the U.K. and more.

The last time Lizzo performed in Indianapolis was when she headlined Indy Pride 2019 and 2019 Jingle Jam. The high anticipation for her Indy return led to a vibrant, energetic and engaged crowd. “This is literally the best crowd all f*cking tour,” Lizzo said constantly during the night.

Emma Gifford, senior political science-history and peace and conflict studies double major, was excited to see Lizzo in concert for the first time in years.

“I saw her back in my freshman year when she was in Indianapolis,” Gifford said. “It just was a nice little full-circle moment for me. I loved the concert.”

Feeling “Good as Hell” in Indy

Many fans in attendance, like Gifford, have been fans from the beginning and were eager to see Lizzo back in Indianapolis since the last time she performed was pre-Grammy awards. Fans came with high expectations, but Lizzo exceeded them all.

There was never a dull moment during the show. The set was split into four mini-sets, complete with different vibes and an extravagant costume change. Lizzo’s dancers, Big Grrrls, are comprised of various backgrounds, sizes and experiences — truly encompassing and promoting a diverse team.

The set list was jam-packed with popular hits from all of Lizzo’s albums. She started the concert with songs from her latest album, “Special,” with newer songs such as “The Sign” and “2 Be Loved (Am I Ready).” Following “Rumors,” Lizzo’s outfit changed to digitally display the words “My Body My Choice,” evoking rapturous applause. Following the overturn of Roe v. Wade, Lizzo took to Twitter, pledging $500,000 of her upcoming “Special Tour” money to Planned Parenthood. Live Nation, the tour’s promoter matched that donation, and made a $1 million donation to Planned Parenthood. With Indiana’s abortion rights being in question, Lizzo made her position known here at the Indy show.

Following Lizzo’s abortion statements, the mood shifted as she sat on a couch in the middle of the stage and said, “This is the part of the show that I call therapy.” She sang ballads “Jerome” and “Break Up Twice,” asking the audience to turn their phone flashlight on. “This light represents the love you have for yourself,” Lizzo said as Gainbridge Fieldhouse was illuminated with flashlight stars.

To start the second act Lizzo began with the album title track “Special.” This began a positive barrage of self-love messages while singing “Cuz I Love You” and “Good As Hell.” During those numbers, Lizzo took steps back to listen to the immense volume occurring in Gainbridge. A few tears left her eyes as she spoke of how she was touched by Indy’s enthusiasm for her.  She then dedicated “Everybody’s Gay” to all the LGBTQIA+ members in the audience following a heartfelt speech about 2019 Indy Pride. Lizzo rounded out the Indianapolis show with an iconic encore of her top hits “Juice” and “About Damn Time,” which had Indy on its feet and singing along.

“All of the performers — Saucy Santana, Latto, Lizzo, the backup dancers, the musicians — were all people of color,” Stock said. “[Lizzo] had all sorts of body sizes and shapes in her concert. She made a point of showing that when she sings about these topics, she’s putting [her words] into action.”

Lizzo’s platform — via her music or social media — exudes a personal brand of self-love. It was no surprise that throughout her performances, Lizzo reiterated the importance of self-love. She asked the audience to close their eyes and repeat after her, “I love you, you are amazing and you can do anything.” Self-care was a prominent aspect of “The Special Tour,” and Bulldogs felt inspired and rejuvenated after the concert.

Cate Pugliese, first-year sociology and criminology major, enjoyed the concert and its small moments while thinking about how Butler students can take Lizzo’s words to heart.

“She’s a really good performer,” Pugliese said. “I thought she was very genuine with her fans. I love how self-love-centered she is. Finding a way to be positive about yourself is something all students can do.”

Lizzo demanded that every audience member incorporate self-love into their daily routine: a key takeaway from attending Bulldogs. Gifford and Stock also appreciated the prominent aspect of self-love.

“I like to joke that going to a Lizzo concert is the equivalent of like, two months of therapy for me,” Gifford said. “I really appreciate the amount of positivity in the words of affirmation that she uses.”

Stock agreed with the immense amount of positive words Lizzo promoted throughout her concert.

“Obviously, a lot of bands and artists make time to talk about self-love, but Lizzo really went above and beyond to do that.” Stock said.

Lizzo made it evident that she valued every person who was in Gainbridge Fieldhouse that night.

“It’s really special being able to come to places like Indianapolis. I am so serious because I feel like I never get to connect with y’all in Indianapolis, so it’s so nice to be here and see you,” Lizzo told the audience.

Bulldogs share their self-love tips to inspire fellow students as well as how they incorporate them into their schedules.

“I try to do daily words of affirmation,” Gifford said. “Putting it on your mirror or even just passively looking at it can be really helpful to just instill that in yourself.”

Stock took Lizzo’s musical and performance message — self-love is not contingent on somebody else’s opinion — and wanted to remind students of the significance of Lizzo’s theme.

“You can still love yourself in the absence of [someone else’s opinion],” Stock said. “That’s a really great message for everybody. No matter what you’re experiencing in your life or what stage of life you’re at, you can always have that love because that love comes from you. It’s not coming from somebody else.”

Lizzo provided all concert-goers  with a compelling concert with a vital lesson in self-love. She made everyone feel unique during the Indianapolis show. As Lizzo told Indy on Oct. 18:

“I love you, you are beautiful and I promise you if I survived, you can do anything, anything. You just have to be a little kinder about yourself.”