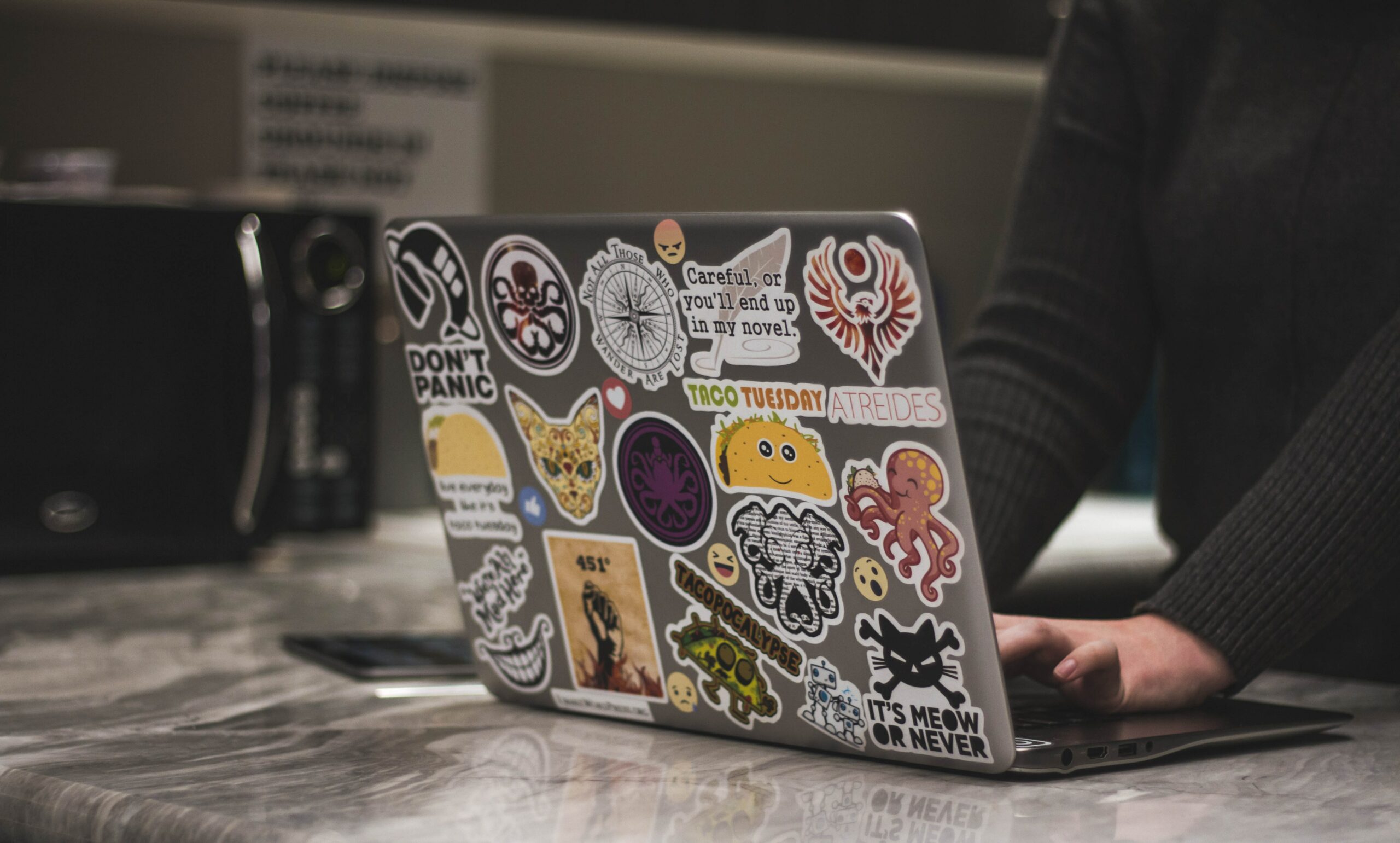 Does your computer look like this? Should it? Photo courtesy of Kenny Eliason.

While the age-old question of “what is safe from critique” remains alive and well, today I raise you another, far more important query: what vibe am I personally getting when I see your computer?

Stickers designed for your computer

Let me add some quick clarification here. The stickers in this category are stickers that incorporate the brand of your laptop into the design of the sticker. I’m talking the Wicked Witch holding your Mac’s apple or something equally obnoxious. In fact I’ve only seen this on MacBooks, so PC owners can take a breather.

The problem with stickers that were designed to go on laptops — especially MacBooks — is that they will inevitably belong to someone that seems extremely trustworthy but is in fact the worst person you have ever met. Think of that teacher that everyone likes, but exclusively gives good grades to the students they like the best. These stickers appear so innocent, dorky even. But ultimately anyone who has a sticker designed specifically for computers is a walking red flag. Steer clear.

When I first thought of Butler-affiliated stickers, I was skeptical. But then I realized one important detail: you have probably never paid for a single one of those stickers. And that itself earns you some credit in my book. Because no matter how much time I spend judging stickers, I will always be more obnoxious about judging the money you hypothetically spent on amassing your collection.

Between Block Party and club callout meetings, you can comfortably cover your entire laptop, phone and any other device that you may be in possession of. If that’s not the Butler Way, then I don’t know what is.

Any type of media-related stickers — whether it be a TV show, movie, artist or anything else — is an extremely gray area. I wish I could be consistent, but ultimately I will judge these stickers solely based on whether or not I like both the media and the aesthetic of your stickers. The media portion of this is — shockingly — incredibly subjective, but I feel that the rulescriteria of what makes up an ugly sticker are fairly understandable. As a brief rule of thumb: if something’s cheugy, has too many fonts or includes a style choice that doesn’t mesh with preexisting stickers, try again.

My best advice for you is to scour the internet for things that I like and pick the most non-offensive style choices that you possibly can. Good luck.

I don’t like you. And it’s not because I don’t love puns — because I do. Rather, it’s because you love puns. More specifically, you love puns so much that you genuinely believe that you are the punniest and most pun-appreciating person in the world. And you simply aren’t. There are exceptions to the assumption that you’re the worst, but they almost exclusively apply to high school teachers and college professors that were gifted the stickers by overzealous students.

You’re rich, and I respect that! But I also don’t trust you. This is especially true if you have one of those fancy miniature printers and can just create stickers on the go. There’s only one thing worse than the subtle inclusion of just a few photos, and that is if your entire laptop looks like a photo gallery with pictures so aesthetic that you must have edited them. Imagine instead of having that carefully curated collage of intimate, life-giving images that you had one big sticker that simply read “I think I’m better than you.”

I bet you thought you were safe, you monster. Come back and read this when you’ve developed a personality.