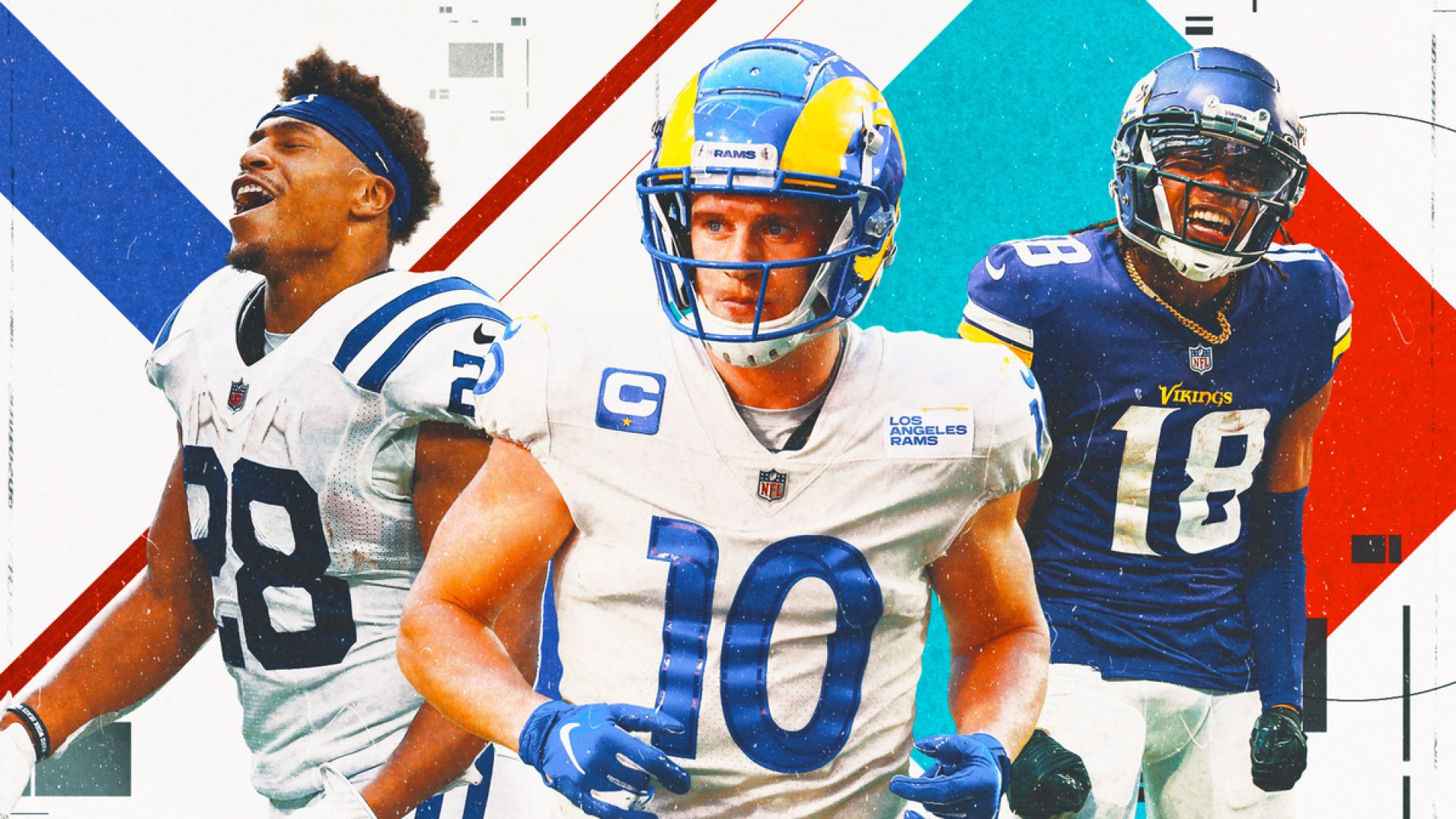 This offseason saw stars switch sides constantly, a quarterback who had over 25 civil lawsuits get paid nearly a quarter billion dollars and a host of suspensions for a plethora of offenses.

So as football fans head into this new frontier of rosters this season, how does one go about fantasy football?

Top running backs Christian McCaffrey and Derrick Henry return from season ending injuries. But will McCaffery’s ankles give out again as they have twice already in his young career? Will King Henry finally regress after complete dominance on the ground in Tennessee?

The goal is to make these difficult decisions in your fantasy football endeavors easier. So let’s take a look at the top two players in each position in order to help make those decisions in the early rounds slightly less stressful.

Josh Allen: A cannon of an arm, tall, and deceptively mobile, Allen threw for more than 4,400 yards last season along with 36 touchdowns. Undoubtedly playing with a chip on his shoulder after falling to an overtime coin toss last season, Allen will be going into each game with the score early and score constantly mentality, while also looking to move forward.

“I mean you can get lost in that, but our goal is moving forward and focusing on Week 1 and this season,” Allen said at a press conference on Sunday. “Again, it starts Thursday night. You can’t live looking in the past. We gotta focus on what’s ahead.“

In order to avoid another overtime loss that he cannot control, this offense will more likely increase their points per game this season. Allen is a surefire pick and a guarantee for some massive performances this season.

Patrick Mahomes: He spent this offseason watching star wide receiver Tyreek Hill not only jump ship for Miami but then openly state Miami QB Tua Tagovailoa was more accurate than him. To make matters worse the Chiefs replaced Hill with an undersized, 5-foot-9 rookie, Skyy Moore and a social media fanatic from Pittsburgh in JuJu Smith-Schuster. Not exactly replacing the speed or skill of Hill, Mahomes will have to scramble more this season to replicate the numbers he once produced. Mahomes can have another All-Pro season but the Kansas City receiving core, despite Travis Kelce’s efforts, may limit his passing numbers as the season progresses.

Jonathan Taylor: In his breakout season last year, Taylor earned the attention and respect of many in the world of professional football. He rushed for 1,800 yards and 18 touchdowns to carry any otherwise underwhelming offense in Indy. With a new veteran quarterback this season in Matt Ryan, and limiting passing options, Taylor is sure to replicate if not improve upon his dominant performances last season.

Christian McCaffery: Since the 2020 season, the Stanford graduate has featured just 10 total games for the Panthers due to recurring lower leg issues, particularly hamstring and ankle. However when on the field, he has shown glimpses of the All-Pro level speed, agility and receiving ability. If McCaffery can remain healthy this season, he has the potential to dominate as a PPR back due to the Panthers strategy of implementing him in the passing game as well.

Cooper Kupp: Now a Super Bowl champion, some may ask what Cooper Kupp does from here. Is it possible for him to improve upon nearly 2,000 receiving yards and 16 touchdowns from last season? Kupp spoke about attempting to recapture the magic.

“It’s real simple,” Kupp said on the Rich Eisen Show. “The name of the game is being bigger, stronger, faster than you were the year before, and then all the stuff you can do cognitively to be able to slow the game down.”

It may be hard to match the same numbers with former Bears number one wideout Allen Robinson II joining an already solid core. However with Odell Beckham Jr. gone and Van Jefferson not playing as strong as a receiver three, Kupp will more than likely dominate the receiving stat lines again this season. The primary target in the red zone and an excellent injury record, Kupp can continue to shine for a star filled roster.

Justin Jefferson: Sometimes it feels like a conversation of what can’t “J Jettas” do rather than what he can do. With over 3,000 yards in two years, the former LSU Tiger simply blows past his opponents on deep balls and is more than likely going to surpass last season’s marks. New head coach Kevin O’Connell worked previously with quarterback Kirk Cousins when Cousins was having better seasons. A throw-first system will continue to favor Jefferson as the team will look even more air-raid primed and attempt to take the NFC North for their own.

Travis Kelce: With Tyreek Hill departing this off season, it seems more than likely that the former Super Bowl champion will be targeted even more this season as Mahomes’ receiving options dwindle in terms of talent. Kelce must be the beacon of consistent domination in the air for the Chiefs. Kelce spoke at the podium after training camp on Aug 15.

“It’s exciting,” Kelce said. “I accept the challenge of having so much to put on myself, so much put on us to be able to go out there and perform.”

Kelce averaged a touchdown every 10 targets last season despite being ranked 14th in yards. Should he see the ball more this season, there is no doubt his numbers can climb from last season.

Kyle Pitts: After losing Calvin Ridley to suspension and being forced to move Cordarrelle Patterson to running back primarily, Kyle Pitts is sure to become the favorite target of the Falcons this season. While his quarterback options are not exactly ideal —Mariota and Ridder— Kyle Pitts is incredibly athletic and intelligent in the air. Hopefully he will be a source of light in a dull offense for Atlanta this season. Pick Pitts with a small degree of hesitancy, but know that if the Falcons trust him with the ball, he can have an All-Pro level season.

Since the flex position can be a running back, wide receiver or tight end, let’s take a look at two noteworthy names. Some may argue that the flex should always be a receiver. However, the draft comes with a certain level of uncertainty and these picks could become key options for points down the line.

Stefon Diggs: If reliable was a person, Stefon Diggs encapsulates the term perfectly. With four straight thousand-yard seasons and finally breaking into double digit touchdowns last season, the Bills number one wideout is more than likely going to continue his reliable receiving this season. After nearly abandoning the running game outside of designed runs and scrambles by Josh Allen last season, Diggs could see even more targets this year. As Bills fans know so well already, good things happen when the former Maryland Terrapin gets separation.

George Kittle: Just like Travis Kelce, George Kittle has been a reliable, prominent option for his quarterback over the past few seasons. However, with Trey Lance taking the reins this season, Deebo Samuel set to stay in San Francisco and Brandon Aiyuk healthy, the youth may take away from his numbers — which have reduced over the past two seasons. A guarantee for at least 750 yards this season and a handful of touchdowns, Kittle will need to prove once again why he was such a force for this unit in 2018 and 2019. However, Kittle may not be the tight end he once was. While the flex can be used in any number of ways, Kittle may not be the best option in the versatile position despite his fourth-best tight end ranking.