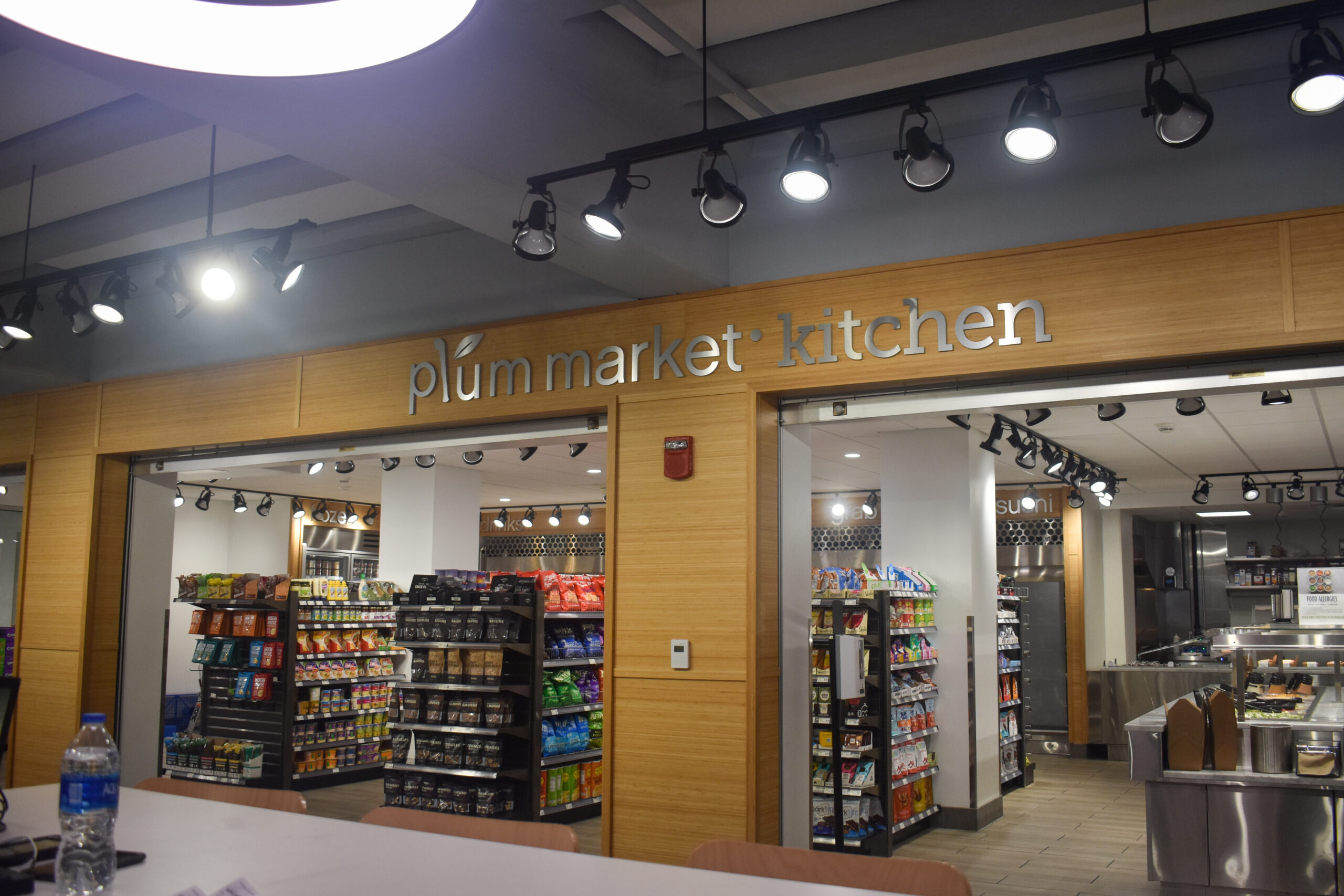 Plum Market is a grab-and-go cafe located in the lower level of Atherton Union. With a vast supply of pre-packaged and made-to-order options, as well as being the only dining option on campus open until midnight, Plum has become a popular spot for students to grab a quick meal or snack. However, since Plum opened its doors for the school year, students have noticed some ongoing issues within the favored spot.

One problem students have pointed out is the inconsistent timing it takes to order and receive meals. Sophomore arts administration major Maggie Sapyta visits Plum nearly every day, but she has experienced some challenges when ordering.

“Overall, I like the food there better [than Atherton],” Sapyta said. “It definitely takes longer, so I have to budget that in because it’s a little unreliable. Depending on what I want, I have to plan ahead like 45 minutes before I have to be somewhere or go to class.”

Abby Kurek, a first-year Spanish and exploratory business double major, thinks that changes in employment could be to blame for the long wait times.

“I think some of [the employees] are new, but they weren’t knowing how to work the system, and then it took a long time for the line to get down, [and] in the wrong order,” Kurek said.

Katherine Foe, a first-year critical communication and media studies major, suggested another issue in Plum could be the actual structure of the space.

“I think that their [payment and ordering] line begins to get almost messy because there’s not really a good spot for the line because it’s in the middle of where people would be walking to get something from the fridge or something from one of the aisles,” Foe said.

In addition to multiple aisles of snack foods like chips, candy and granola bars, Plum also has a freezer, refrigerated section, self-serve salad bar and a hot grab-and-go section.

A popular option among students are “flex meals,” that include an entree, chips or fruit and a drink. Drink options include a variety of canned sodas and water bottles — although there has been a shift in the bottle sizing.

Joe Graves is the general manager for Bon Appètit at Butler. He wrote in an email to The Butler Collegian that the water bottles were a smaller size for a period of time due to resources being diverted towards flood victims in Southern Indiana at the beginning of September.

“Pepsi supported the rescue and clean-up efforts by sending large amounts of water to aid those in need,” Graves said in the email. “This resulted in a short supply for the bottled water we use. Pepsi provided us with substitutes for a short period of time, until they could resume normal supply.”

A section of the refrigerated section has been closed off, leaving students wondering why. Graves said the items that are normally stored in this area have been relocated to other places in the market.

“These closed sections of the refrigerators are either inoperable or are not maintaining proper temperature,” Graves said in the email. “To ensure we maintain safe-quality food we do not fill these sections … We are working diligently with Plum Market, engineers, and the University for long-term solutions.”

Although there have been some issues with Plum Market this year, students note that the employees working there keep them coming back.

“The people that work there are sweet, so sweet,” Kurek said.

Plum Market is open from 9:00 a.m. to midnight every day.