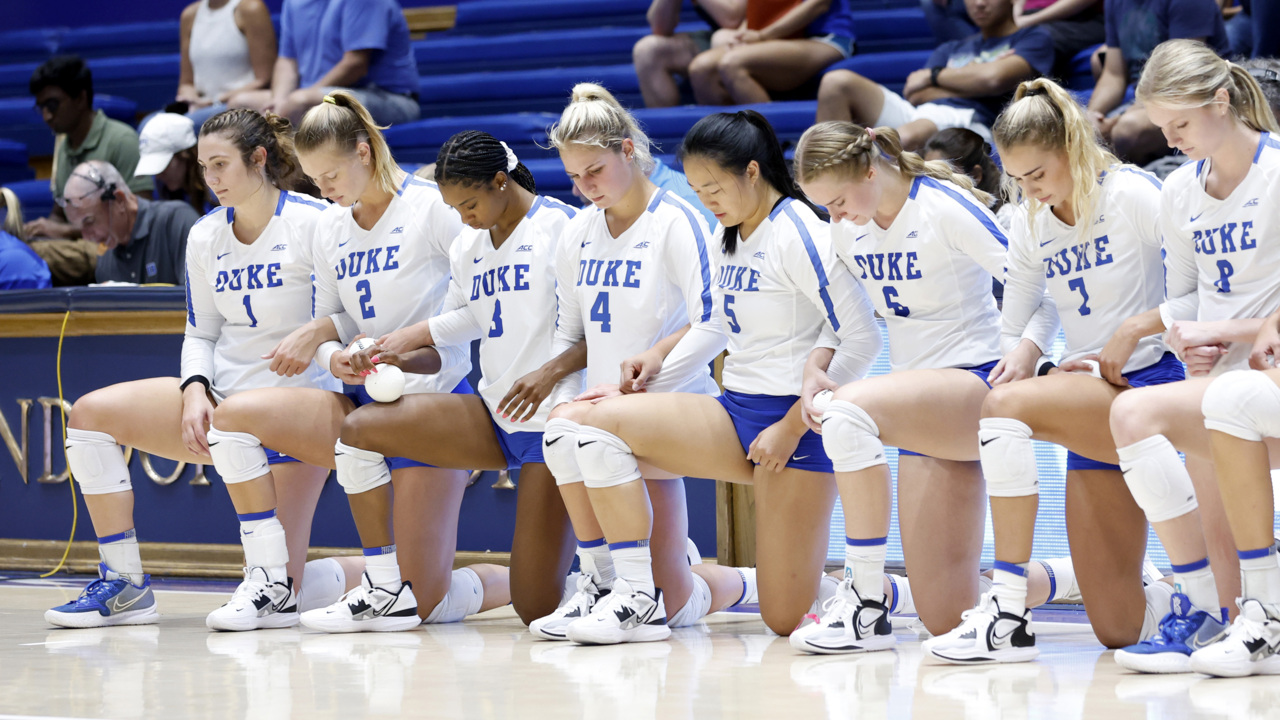 Fans at collegiate sporting events have often played a major role in creating a game environment that helps lead their team to victory. A loud group of fans can be the push a team needs to win.

However, some of these same fans do not treat the student-athletes they are watching as equals or even show them respect. On Aug. 26, Duke volleyball traveled to Provo, Utah to play in a tournament hosted by BYU, and, unfortunately, this reality was put into the spotlight.

In their second game of the tournament, Duke played BYU and lost 3-1. After the tournament came to an end, Duke sophomore Rachel Richardson posted a tweet explaining that she and her Black teammates had been racially heckled throughout the entire match by fans in the BYU student section.

Richardson went on to explain that the slurs and comments “grew into threats which caused us to feel unsafe.” The game officials and BYU coaching staff were reportedly told during the game what was occurring, but “failed to take the necessary steps to stop the unacceptable behavior and create a safe environment.”

Hannah Bailey, a sophomore pre-pharmacy major, is a member of the club volleyball team. She explained how disappointed she was when she heard about what happened and discussed what it would be like to play under those circumstances.

Black athletes throughout history have dealt with racism and having to play in front of fans that do not respect the color of their skin or do not like how an athlete portrays themself.

Nate Walker, a senior sports media major, is a member of the Butler football team. He emphasized the difficulties of what Black athletes have had to deal with throughout history.

“I just feel like it’s kind of an uphill battle that dates back to the beginning of sports,” Walker said. “There is always that additional pressure to conform to what society wants you to do. It has always been about Black athletes navigating people’s own insecurities that they put on to you.”

Walker also noted the challenges he has faced as a Black athlete and how people have treated him.

“The biggest thing for me has been people downplaying my intelligence and just focusing solely on the athletic aspect of me,” Walker said. “It’s been people always focusing on my physical gifts, and because of those gifts they think that I don’t have anything going on in my brain as well.”

With what happened at BYU, it is a clear issue of thinking that a group of people is inferior. In this country, there are plenty of people that have continued to show racist ideology. In the last few years, there has been a rise in white supremacy because of the actions and ideas of people in positions of power.

Andrew Strand, a senior accounting and finance major, is a Duke Blue Devils fan. He expressed that he was not surprised to hear about who the alleged instigator was.

“The thing that I wasn’t surprised about was that it was a random ‘fan’ who wasn’t a student at the university, “ Strand said. “There are people who hate others all over the country and the world, and unfortunately it happened at a sporting event which took place at the university.”

Duke identified the fan who they thought had said the racial slurs and the fan was promptly banned by BYU from all of their athletic venues. A later review of surveillance footage by BYU police showed no evidence that the banned fan was the one who was yelling the slurs as Duke players had said.

As a result, the investigation by BYU remains ongoing, and BYU has asked fans that were at the game for help by providing any information they saw from the match.

The timeliness of the investigation has sparked controversy among media personalities who have spoken out against BYU’s investigation. Stephen A. Smith addressed the allegations on ESPN’s First Take and blamed BYU since they have been unable to identify the fan.

The failure of BYU has caused people on social media to claim that Richardson and Duke have lied and that no slurs were said. However, Dawn Staley and South Carolina basketball have decided to cancel their home-and-home series with BYU as a result and have joined other teams in showing their support for Richardson and Duke volleyball.

If BYU is not able to find out who the fan was, it will not bode well for future problems that arise over disrespectful fan behavior. Fans might feel emboldened to attempt more flagrant behaviors and cause dangerous situations for student-athletes.

As those behaviors continue it will only serve to hurt athletes such as Richardson who was attempting to bring attention to racism. Instead, she is being attacked for telling the truth. Nevertheless, her response to the incident shows that the fight against racism continues.