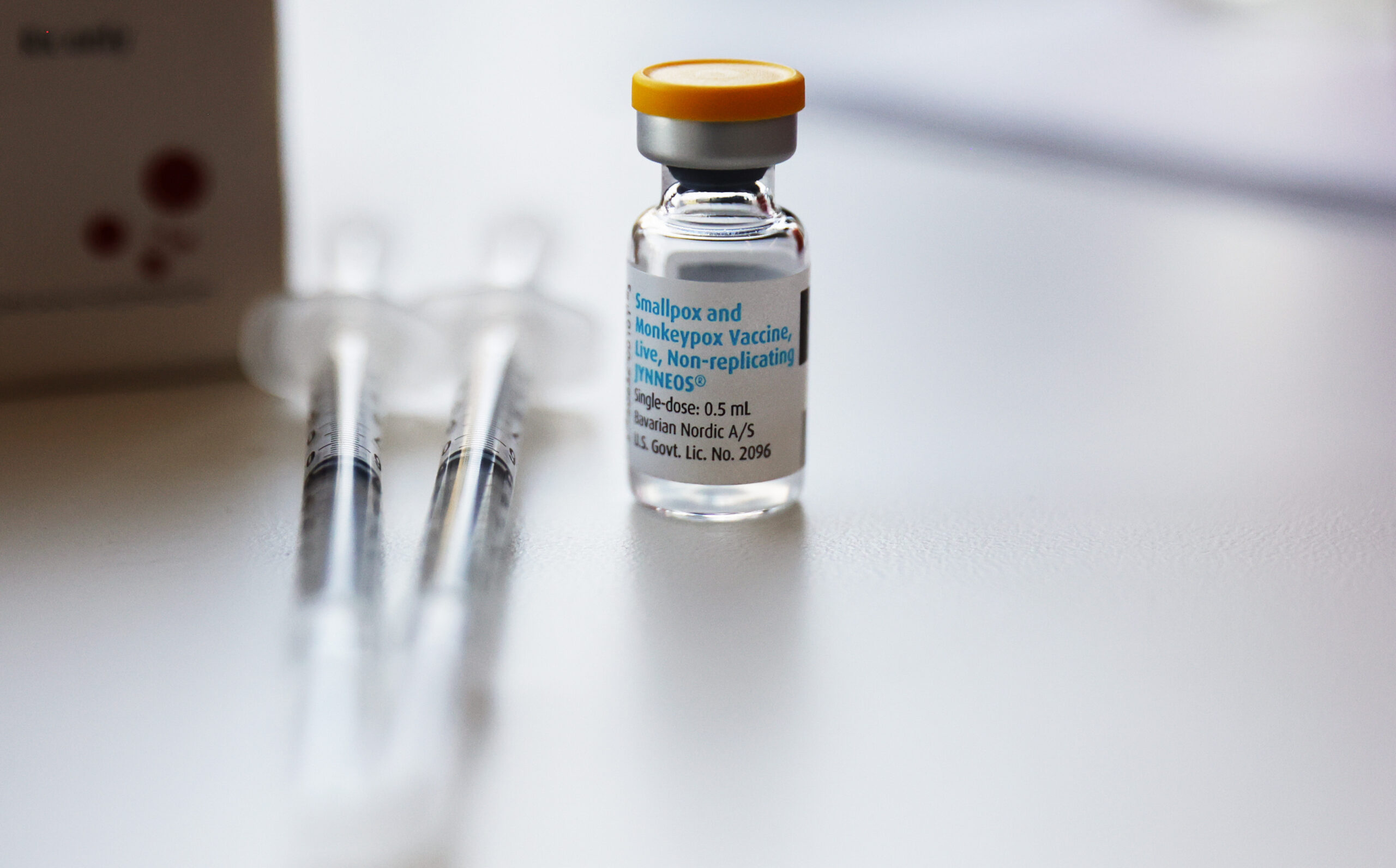 The first clinic was held in Atherton Union on Sept. 13. Photo courtesy of STAT News.

It was advertised in a flyer posted to BuBeWell’s Instagram that the clinics are free, no insurance needed. Those attending the clinic did not need to be affiliated with Butler but had to be considered high risk for contracting the virus. According to the flyer —- which cited the CDC — the eligible groups included:

Monkeypox is a part of the pox virus family, which includes diseases like smallpox and cowpox. The virus has a DNA genome, which makes it different from the COVID-19 virus which is a respiratory pathogen with a RNA genome. In addition, while COVID-19 is spread through airborne transmission, monkeypox spreads through direct skin-to-skin contact.

In the United States, there have been 23,499 total confirmed cases of monkeypox since the start of the current outbreak. 203 of those cases have come from Indiana.

Christopher Stobart, associate professor in the department of biological sciences, has studied viruses since 2008.

Stobart said although monkeypox has been around since 1970, the world has not seen any major resurgence of it in the past until now.

“The cases are still not at pandemic levels, and this is a little bit unique, the numbers that we’re seeing,” Stobart said.

Director of Health Services Maxie Gardner said there are currently no active cases of monkeypox on Butler’s campus.

Although there are currently no cases at Butler, Gardner said Health Services wanted to be proactive to ensure student safety. Gardner felt that because some students do not have a car to drive to other locations to get vaccinated, it was important to hold the clinic on campus.

“I started working with [the Marion County Public Health Department] just to learn more about monkeypox, just to be prepared,” Gardner said. “I learned that they were setting up these vaccine clinics, and I had asked, ‘Can we host one here and bring it to students?’”

Gardner said the limited resources for vaccines is why the guidelines, which Butler had no role in establishing, are currently restricted to a relatively small portion of the population.

Health Services expected to administer up to 50 vaccines on Wednesday. Gardner did not have exact numbers for how many were administered but estimated that about 15 were given.

“I have eczema, and that’s why [I got the vaccine],” Ellis said. “I know that [monkeypox] spreads through open sores, and when you have eczema, that’s one thing you tend to have.”

Because of his condition, Ellis was at a higher risk for monkeypox, and, because he is queer and sexually active, he was able to get the vaccine.

Ellis did not need to sign up for the clinic and was able to walk into Atherton, fill out basic health information paperwork and receive the vaccine.

“Everyone had masks on; it was really clean and really well organized,” Ellis said. “The nurse walked me through the procedure and asked if I was living with anyone immunocompromised and what my lifestyle looked like in terms of risk and previous health factors.”

Ellis said that the shot was administered in his forearm and that the shot was less painful than a COVID-19 vaccine or a flu shot. He said the vaccine produced a little bubble underneath the skin and was told by nurses that it would swell up to the size of a quarter and then shrink back down.

The recent outbreak of monkeypox has contributed to the stigmatization around the disease by feeding into stereotypes that it is limited to the LGBTQ+ community.

Noah Phillippe, a sophomore pre-pharmacy major, said he sees monkeypox transforming into a stigmatized disease similar to HIV and AIDS, due to similarities in its association with the LGBTQ+ community.

Because the first cases of HIV and AIDS were in gay men, it was quickly — and inaccurately —  labeled a gay disease.

“People are targeting LGBT groups,” Phillippe said. “One of the first cases in the U.S. was in that community. They’re trying to market it like, ‘Oh, only gay people are doing this,’ and that is very damaging because anybody can contract monkeypox.”

Gardner wanted to publicly thank the Marion County Health Department for bringing the vaccine clinic to students at Butler.

“[I] want to say ‘thank you’ to them [for] their commitment to thinking of college campuses,” Gardner said.

The second dose of the vaccine is needed 28 days after the initial dose. Other clinics and more vaccine information can be found on the Indiana Department of Health website.