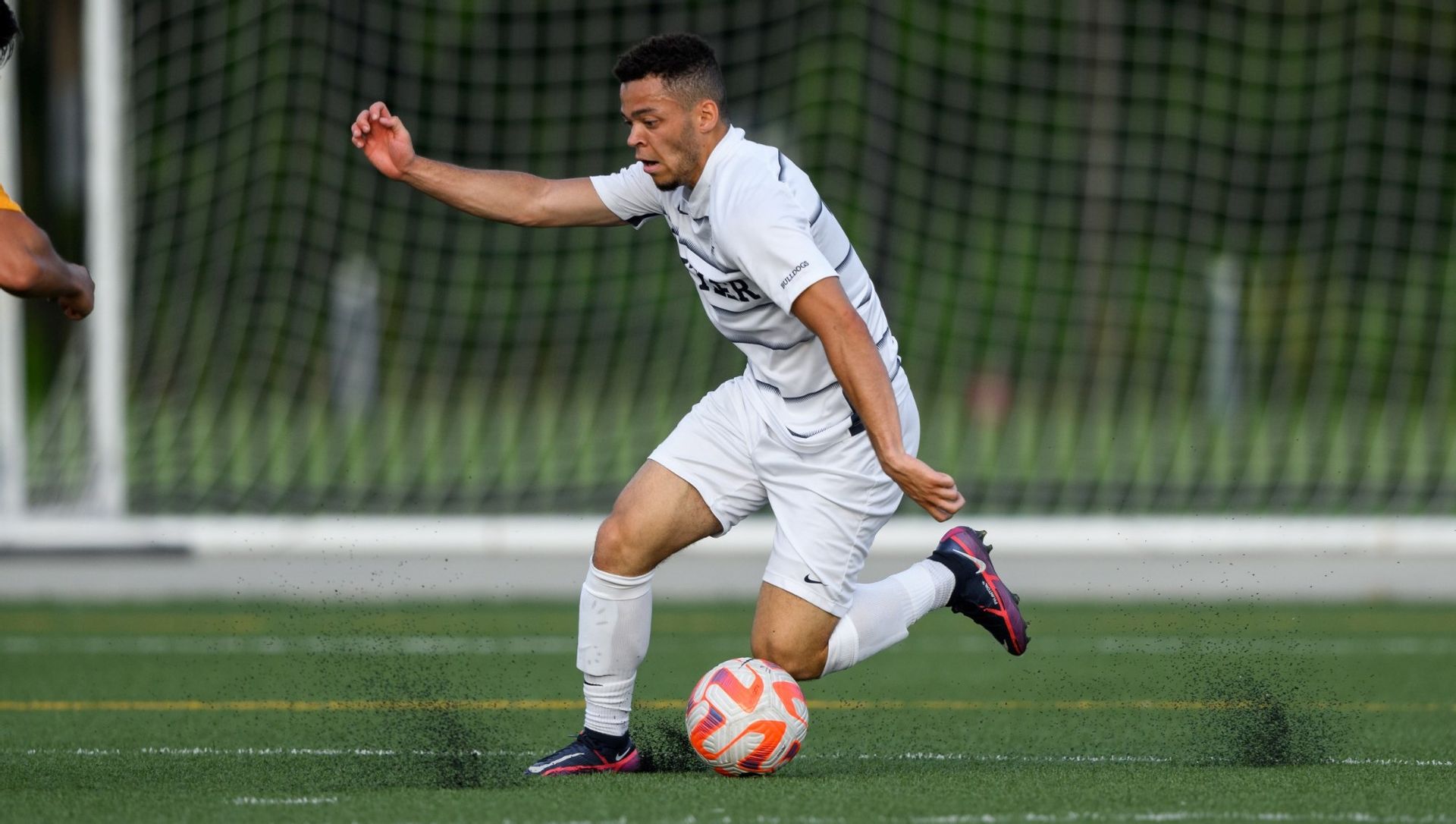 The Butler men’s soccer team defeated Connecticut 4-1 at the Joseph J. Morrone Stadium on Saturday night. The Bulldogs improve to 5-2-1 on the season and 1-0-1 in Big East play after the win over the Huskies.

Butler struck first after maintaining consistent possession of the ball in the first half when first-year forward Palmer Ault headed a cross from Tommy Visser into the top left corner of the net in the 22nd minute.

Less than five minutes later, redshirt-junior defenseman DJ Hooks powered a left-footed shot to the back of the net to increase Butler’s lead to 2-0.

Following Hooks’s goal, after 18 minutes without a shot by either team, Ault once again headed the ball into the back of the net off an assist from fifth-year midfielder Rico Hollenkamp with 1:02 remaining in the first half.

Connecticut would respond following the halftime break, getting an unassisted tally from Graduate forward Franz Pierrot in the 48th minute to cut the deficit to 3-1.

Connecticut’s comeback attempt didn’t last for long however, as less than two minutes later, Butler senior forward Wilmer Cabrera Jr followed up on a shot by Ault and powered the rebound into the bottom right corner of the net to give the Bulldogs the deciding 4-1 victory.

Cabrera Jr. had a penalty kick attempt in the 59th minute, but the shot was saved by Connecticut goalkeeper Michael Stone.

Cabrera Jr. and Griffin DeBolt both picked up yellow cards for Butler in the 45th and 71st minutes respectively, while Scott Testori picked up Connecticut’s only yellow in the 33rd minute.

The Bulldogs outshot the Huskies 11-6 with 10 of the shots going on goal compared to four shots on goal for Connecticut.

Butler improves to 2-0-0 all-time vs. Connecticut.

The Bulldog’s next game will be against Marquette as they travel to Milwaukee, Wisc. to play their third game of conference play on Friday, Sept. 30.