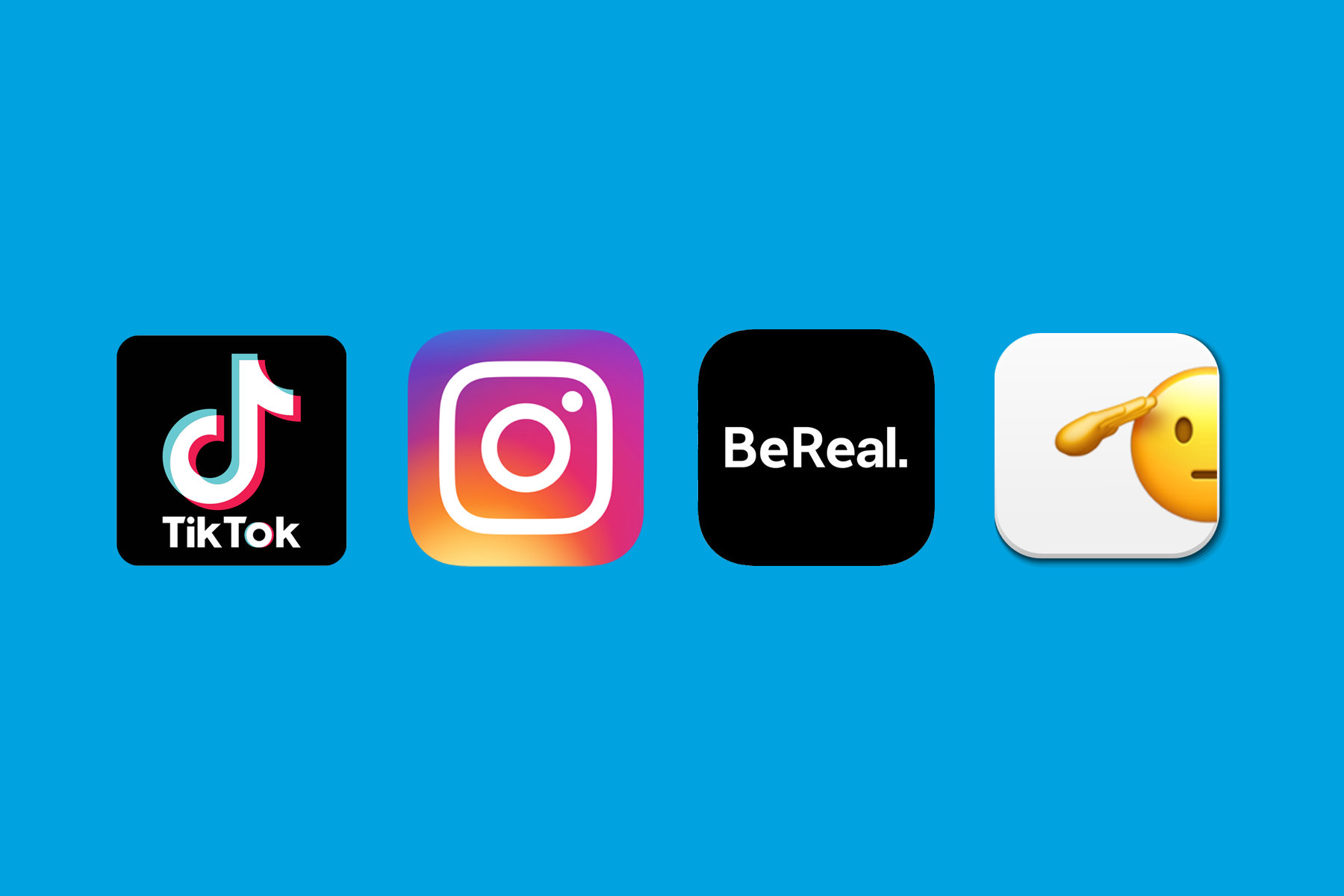 New year, new students — but perhaps the same zoomer willingness to share their opinions on social media. On The Butler Collegian’s Instagram story, Butler students and alumni responded to a series of eight questions on social media trends, their summer break and their thoughts on the upcoming 2022-23 school year.

1) What TikTok trend needs to die?

Out of the 11 answers to this open-ended question, students gave a variety of responses, spanning from specific social critiques of TikTok to general annoyances with the platform.

User @genbolton said “body checking before a ‘what I eat in a day,’” referring to the act of unhealthily, compulsively examining one’s body. While other social media platforms such as Snapchat and Instagram have received their fair share of condemnation for facilitating poor body image, some have criticized TikTok as unduly promoting body checking in particular.

User @sarahblade307 simply replied with “Andrew Tate,” a man who is self-proclaimed “absolutely a misogynist.” While Tate had, pointedly “had” in past tense, a formidable online following especially among young boys, he came under fire in early August for his “violent” beliefs and allegations of sex trafficking and sexual assault — and as a result was just recently banned from TikTok, Instagram and Facebook.

Other students expressed their annoyance with broader TikTok video format trends. User @cactusboye disparaged when users describe videos as a “‘POV’ when it’s not actually a POV.” User @gansb33 had an ick regarding trending songs, saying “randomly sped up songs like Angeleyes by ABBA FR shut up.” User @kyrie.p advocated for the end of “adults lip syncing to baby audios.”

As for what user @elellis90 wished for the death of on TikTok, they plainly stated: “people using TikTok.” The platform certainly cannot please everyone, it seems.

Social media app BeReal gives users only two minutes to post a photo using both the front and back camera of a user’s phone. While the app was launched back in 2020, it gained popularity among Butler students this past summer; according to Apptopia as of Aug. 22, 95% of BeReal’s total downloads came just in 2022.

3) What was your most used emoji over the summer?

Among 41 total and 31 unique answers, students gave a plethora of summer emojis. By far, the most common response was some sort of facial expression, with the saluting face and loudly crying face being the overall most popular emojis, each receiving five votes. Going beyond Butler, the latter — which many in Gen Z use to mean “OMG so funny I’m crying” rather than crying out of sadness — was even the most popular emoji on Twitter from March 2021 to Jan. 2022.

Variations of hearts were also commonly used among students. With four responses, the heart hands emoji was the most popular heart and overall third most popular answer. While this particular emoji has been available on iOS 15.4 and Android 12L since 2021, it is not yet available in Samsung’s or Windows’s emoji pack.

4) Did you travel out of town?

As travel restrictions have continued easing since the beginning of the COVID-19 pandemic, more and more people took the past summer season as an opportunity to travel, with some travel stats even outnumbering 2019 figures. While half of Americans reported avoiding non-essential travel in summer 2021, according to a 2021 Expedia report, 37% of Americans planned trips for 2022, and over two-thirds of those travelers planned to “go big” for their next trip.

However, the season of pandemic “revenge travel” was still marked by flight cancellations and delays, damaged and delayed luggage and monetary losses.

5) Are you still regularly masking?

The Butler number was almost half that national number; 19 of 112 respondents — 17% of answers — said they do still wear a mask regularly while 93 people — 83% of answers — do not.

6) What do you think will change this year?

The five responses ranged from personal to community-focused to forebodingly apocalyptic.

Users @nikki_houck and @cactusboye gave hopeful predictions for this year both accompanied by a smiley emoticon — hopeful for personal growth and “staff being more accommodating to illness,” respectively.

From a material standpoint, @_johncunningham_ wished for better food, and @kawadajaren was more literal, saying “everyone is older.”

7) What do you think will remain the same?

Of the six responses, five focused specifically on aspects of Butler.

Lastly, @nikki_houck gave the one answer that is not necessarily Butler-specific: “my solid friend group.”

8) How do you feel about the Starbucks renovation?

The final question asked students to rate their opinion on the new campus Starbucks renovation. Accompanied by two photographs of Butler’s Starbucks post-summer construction, users could convey their thoughts using a slider sticker set with the party popper emoji.

While the responses varied on an individual level, the overall average rating was about a 7/10, which could be viewed as either a C- or a slightly above mediocre movie.

So with that in mind, when students say, “This school year is gonna be a movie,” pause and think about what type of movie that is: a C- or just slightly above mediocre?