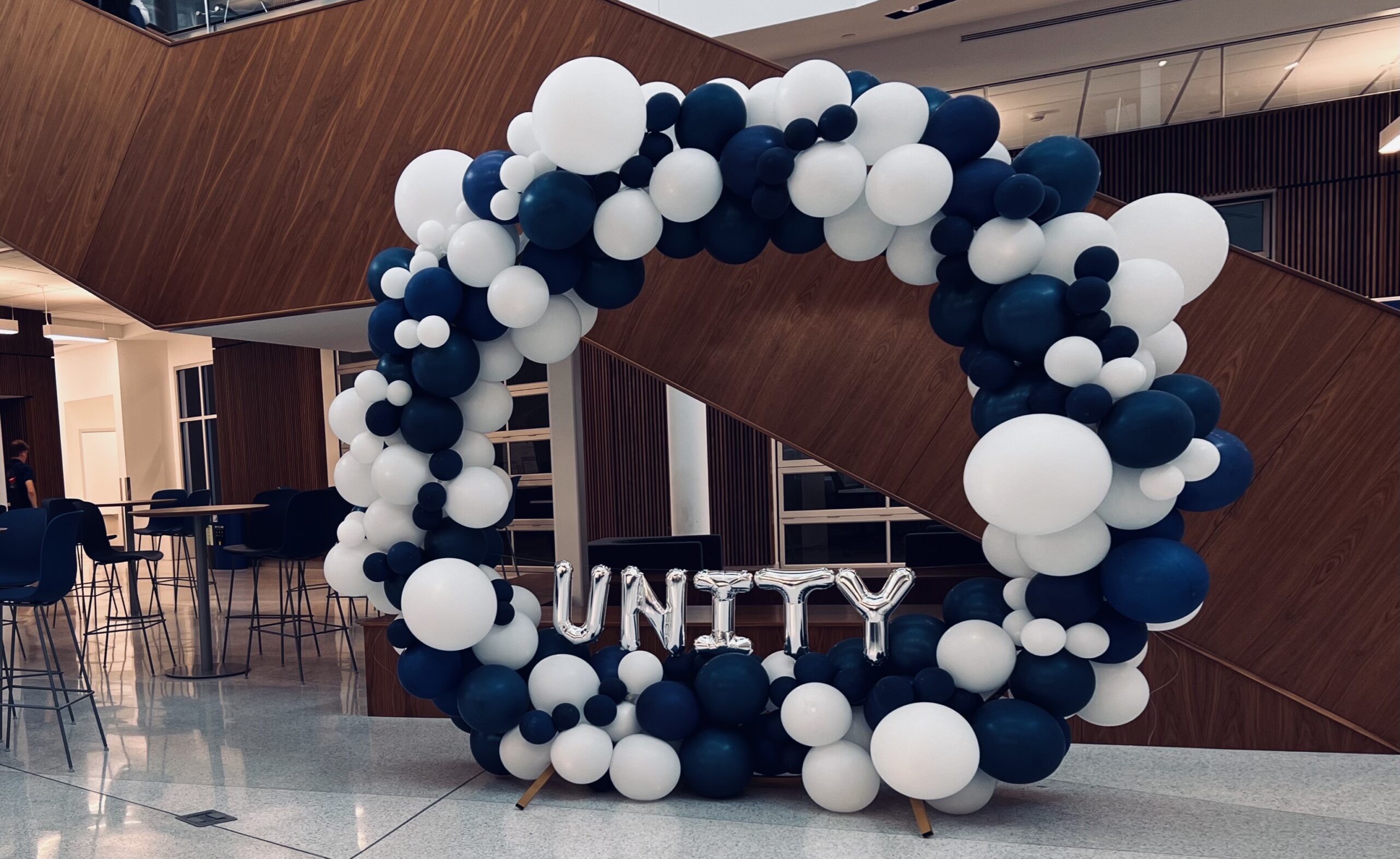 The Lacy School of Business will hold various diversity-focused events from April 11th-15th for all Butler students, faculty and staff. Photo by Emma Nobbe.

Lacy School of Business is hosting its inaugural diversity week celebration April 11-15. A week full of workshops, speakers, exhibits and food trucks, all of the programming is meant to expose the Butler community to various aspects of diversity they might not be familiar or comfortable with.

The idea of diversity week stems from Brandy Mmbaga, the faculty director for diversity equity inclusion and assistant dean for community engagement for LSB. Mmbaga said after listening to student feedback, she realized the need for representation in the college. Moreover, she knew that LSB had never hosted an event like this before.

“I just want to make sure that we are giving the opportunity for those underrepresented voices to be highlighted, celebrated a little more, that we give exposure; because I personally know what it feels like to not have a space where I feel like my voice is heard or like I have representation,” Mmbaga said.

According to Mmbaga, the food trucks will showcase diverse owners and operators such as Chef Dan’s and Samano’s. Students will also have the chance to win a free food coupon at every event to use at the trucks.

From 6 to 7 p.m. on  April 14 in Dugan Hall 218, Amber Fields, a culture enthusiast and the keynote speaker, will be discussing her experiences and diversity in the business world.

There will be an exhibit showcasing diversity organizations on campus in the lobby of Dugan hall that will be up all week. Paul Ford, a sophomore entrepreneurship and innovation major, helped organize the week and said this is what he is most excited about.

According to Mmbaga, April 15 will be a day of celebration to end the week on a positive note. There will be a student DJ, prizes, games and Butler Blue IV in the Dugan Hall Atrium. Mmbaga understands these topics can be heavy, so she wanted to make sure there was a fun element in the week.

Annie Ventura, a senior international studies major, also helped organize the week and said she is looking forward to its impact on students, faculty and staff.

“I think it’s our job as human beings and just as people to learn from each other, uplift the voices that should be uplifted, speak when it’s time to speak, advocate for those who might need your help and just allow for yourself to be guided by the voices that you can learn from,” Ventura said.

Ford realizes a diversity week is beneficial for everyone, but especially for business students, it can be helpful to connect with people from different backgrounds.

“It’s been shown that the more diverse a business is, the more successful they are,” Ford said. “It’s really an important step for us, as business majors, to understand diverse backgrounds and learn how to work with people from diverse backgrounds. I think LSB in the past hasn’t focused on that as much but I think we’re moving in a direction where we are.”

Ventura had a similar realization due to the previous lack of DEI in the business building.

“LSB doesn’t really have many DEI [events], or classes of that nature, so I just thought it was a really cool opportunity to actually integrate DEI into the business building,” Ventura said.

These trends are not exclusive to Butler. Ford said he believes there is also an obvious imbalance between who gets advocated for in our society and who does not. He is hoping that through diversity week we can recognize this and choose to advocate for each other. Ford thinks this is an important step in building a community we all deserve.

Ford, Mmbaga and Ventura are all hoping for a good turnout so Diversity Week can become an annual event.

“We can’t have a second or a third without a first, so a lot of people have been putting in a lot of effort to make this work so that this can be a campus tradition, not just for the LSB but for a lot of different areas on campus,” Ford said. “We can have a time … to [recognize] DEI in our fields and [learn] how to incorporate that into the work we do everyday.”

Mmbaga wants to make sure everyone knows they are invited and welcome. While Diversity Week is being hosted by LSB, it is open to everyone and not an exclusive event. Mmbaga encourages everyone to come and participate. She said Diversity Week is meant to be a space where we can have difficult conversations, build awareness, support each other, celebrate diversity and have fun.