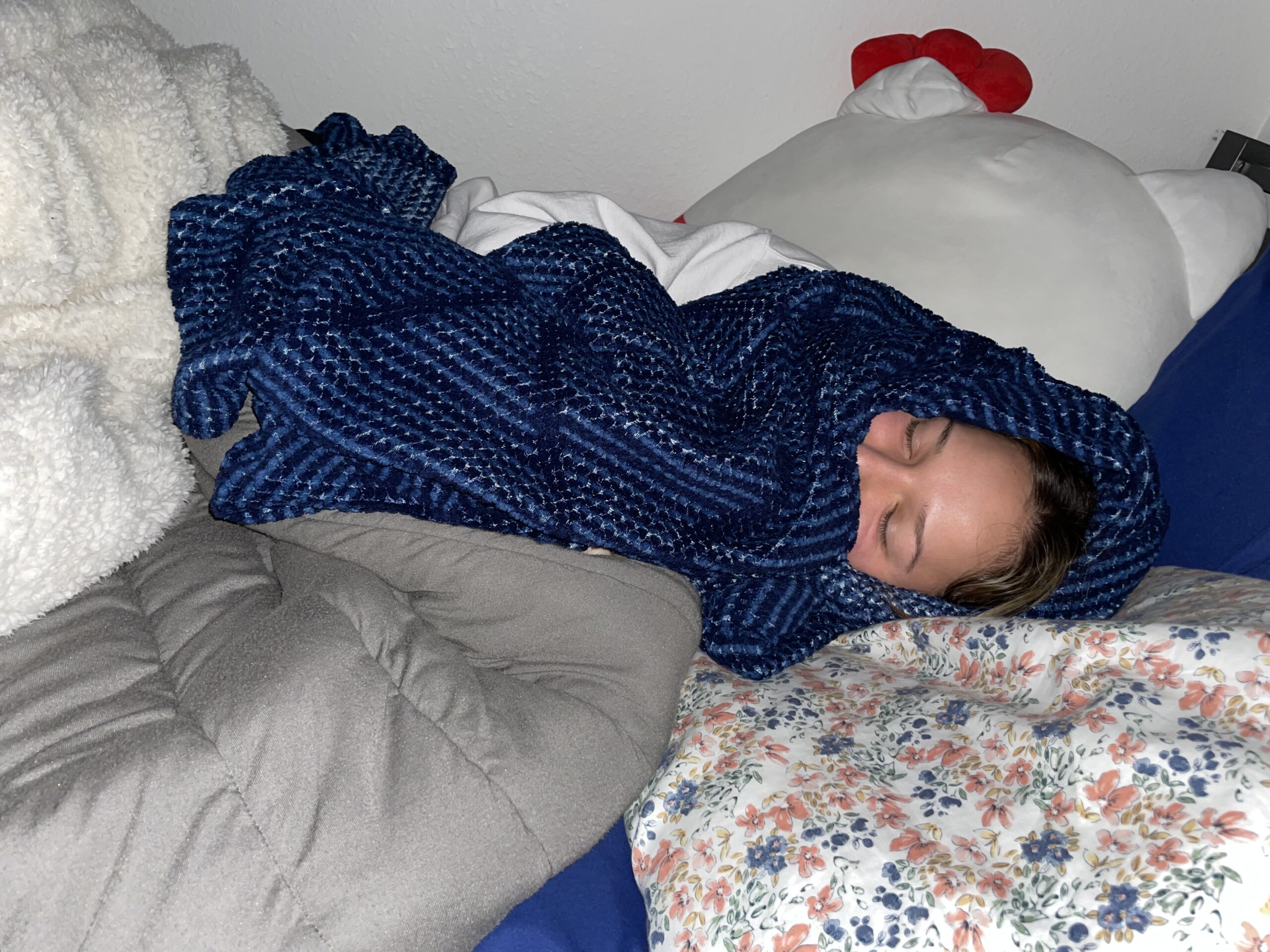 Napping and I have never been the best of friends. In high school, I often bragged about my inability to nap. Phrases like “I’m not a preschooler” or “I don’t have the time” were ever-present in my conversations on the subject of short sleeps. However, I now see this bragging for what it truly was: a defense mechanism. I hid my shameful inability to nap by pretending that I was above it — that I was better than the nappers.

Now, I finally have the courage to admit to this shortcoming and am ready to educate myself. Today, I bring you on my quest to discover the perfect nap. I have consulted the most experienced nappers on campus and compiled their tips and tricks for the most ideal rest possible.

Riley Park, first-year biology major, is an avid napper. While Park usually sleeps around seven hours every night, she still sets aside roughly two hours for her daily nap. Park established her napping credibility to me immediately.

While Park could certainly be considered a professional napper, not all of us are as luckily predisposed to daytime sleepiness. I never think to nap until I get bored. When I inevitably reach the point in the day when my friends are busy, my social media bores me and my Wordle is solved, my last resort is a quick nap.

Instead of treating a nap like a backup plan when her phone becomes monotonous, Park recommends napping as a great alternative to electronics.

“If you need a little rewind and you don’t want to sit on your phone for an hour, I think it’s nice just to go to sleep,” Park said.

Our first piece of advice, therefore, is to reframe the way we nap: it is not a chore. Napping is an alternative to less productive options like using electronics; it is a midday break in a long and tiring day.

Now that we’ve reframed the way we look at napping, we need to learn how to wake up from our naps.

Personally, my naps have always ended with my signature “twinkle” alarm sound blaring from my phone. This is quickly followed by me snoozing the alarm, sleeping another eight and a half minutes, and repeating the cycle. The pattern continues until I have approximately five minutes to get up and make myself look alive and alert before running to class with stinky sleep breath and half-closed eyes.

Leah Sheldon, a first-year health science major and self-proclaimed “great napper,” advises me to set multiple alarms to solve this issue. However, it is worth noting that Sheldon has an entirely different solution for herself.

“My roommate wakes me up if I don’t wake up,” Sheldon said. “She hears my alarms go off. I definitely recommend [it].”

Sheldon can afford to sleep through any alarm because she has a safety net in her roommate — a living breathing person to hold her accountable. However, I understand that not everybody can be blessed with a roommate who memorizes their schedule and wakes them up accordingly, so I consulted another expert for a different perspective on the issue of waking up from naps.

Abbi Smith is a sophomore pharmacy major with some pretty niche advice on waking up from naps.

“Drink a Diet Coke and everything’s better,” Smith said. “You did just nap; you should be energized. Well, pump it up. Get more. Stimulate everything.”

Smith believes that caffeine is the perfect finale to the perfect nap. When you struggle to wake up, a singular sip of Diet Coke will help you get to that next class on time, according to Smith. And if the caffeine isn’t enough for you, the startling amount of carbonation is sure to zing your brain to a different planet. So for those of you who sleep through your classes, maybe invest in a 24-pack of Diet Coke. Smith certainly endorses its magical caffeine contents.

With a solution to the problem of waking up from daytime naps, we now enter a deeper realm: that of nap nightmares. My mind gets far more creative in 15 minutes of sleep during the day than it ever does in my seven hours of sleep at night. When I finally manage to get up from a quick nap, specific images of my horribly realistic dreams remain seared into my memory for the rest of the day.

I once imagined I had skipped every class and missed a midterm. I woke up drenched in sweat and riddled with anxiety, and I spent the rest of the day checking my schedule to prevent my dream from coming true. The dreams always leave me unhinged as I reenter the world of reality. These nap time nightmares make my naps counterproductive, leaving me anything but well-rested and relaxed.

Park and Sheldon did not have specific solutions to this issue, but Park promised that naps are worth risking the occasional anxiety-inducing dream. Sheldon emphasized that for her, naps are simply unskippable.

“If I didn’t nap, I would just be thinking about napping,” Sheldon said. “I would just want to go to bed again.”

Sheldon fearlessly faces her dreams head-on. In a battle for sleep, it seems Sheldon will always win — even though she admits that she too has nap time nightmares.

Smith, however, contributes another niche piece of advice to those who shy away from napping for fear of having a nightmare.

“You just have to get really into horror movies,” Smith said. “Then, you’ll love it when you have bad dreams like that … it’s a little adrenaline rush.”

Rather than shying away from your nightmares, Smith promises that accepting and savoring them will make your naps enjoyable again. Our experts’ reactions to nap time nightmares serve as lessons in true courage.

Ultimately, napping cannot be for everyone. Unlike our experts, my napping is inconsistent and unreliable. Some days, I awake from my nap feeling refreshed, and other days, I awake with an acute feeling of dread and doom. Perhaps if I invest in a 24-pack of Diet Coke and a roommate who will wake me up in time for all my classes, I too would nap as effectively as our experts. Until that day, I will continue to wear my amateur status with pride.

If you truly struggle to sleep throughout the day, you are not broken. You are blessed. Even an established napper like Park agrees that non-nappers, though fragile, are still whole.

“My advice to people who can’t nap is maybe it’s just not for you,” Park said. “If your day is fine without taking a nap, then maybe you don’t need one.”

Truly, you who cannot rest need only one thing to improve your napping experience: practice. So close those eyes and rest up.