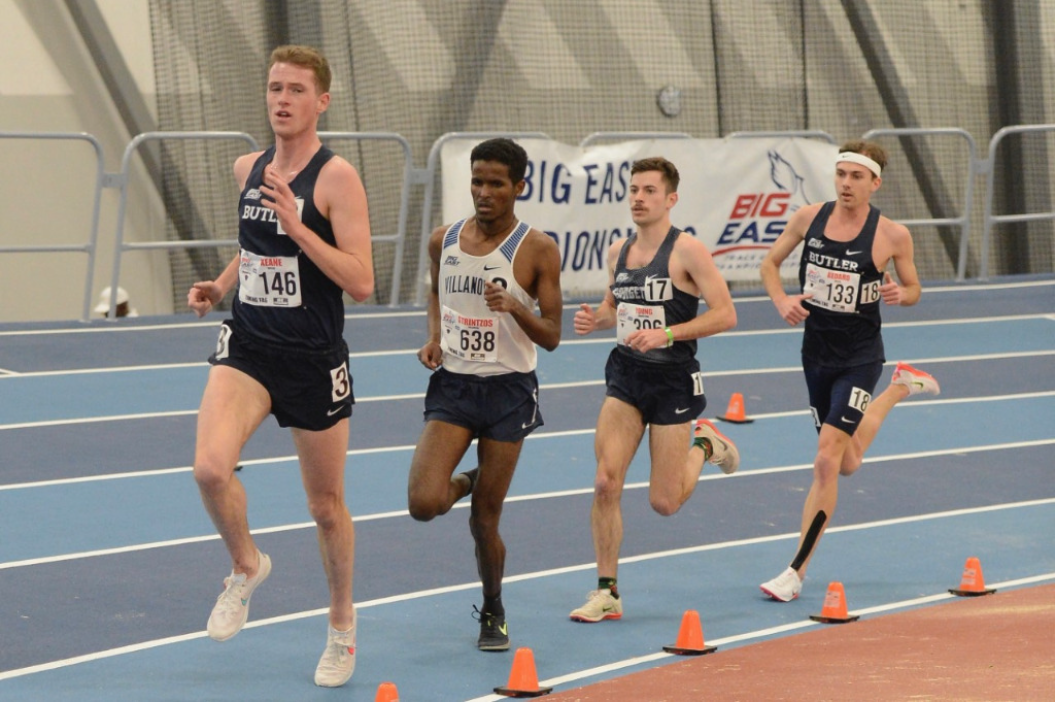 Redshirt senior Barry Keane leads a group of runners during the Big East Indoor Championships this season. Keane currently holds the second-best time in the NCAA for the 10,000m race this season. Photo courtesy of Butler Athletics.

The Butler track and field team followed their outdoor season opener with more strong performances at the Raleigh Relays last weekend. Around 150 teams across the nation made the journey to Raleigh, North Carolina to compete in the elite meet.

Redshirt senior Barry Keane led the way finishing second out of 107 runners in the men’s 10,000 meter race. His time of 28:15.60 is currently the second best in the NCAA this season as of Friday night.

Another top-10 finish included sophomore Zac Stanley in the long jump. Stanley’s jump of 7.18 meters earned him eighth place out of a field of 40.

Rounding out the top performances on the men’s side was graduate student Chandler Mcgaha, who finished with a new lifetime best in the 1,500 meter race with a time of 3:50:84.