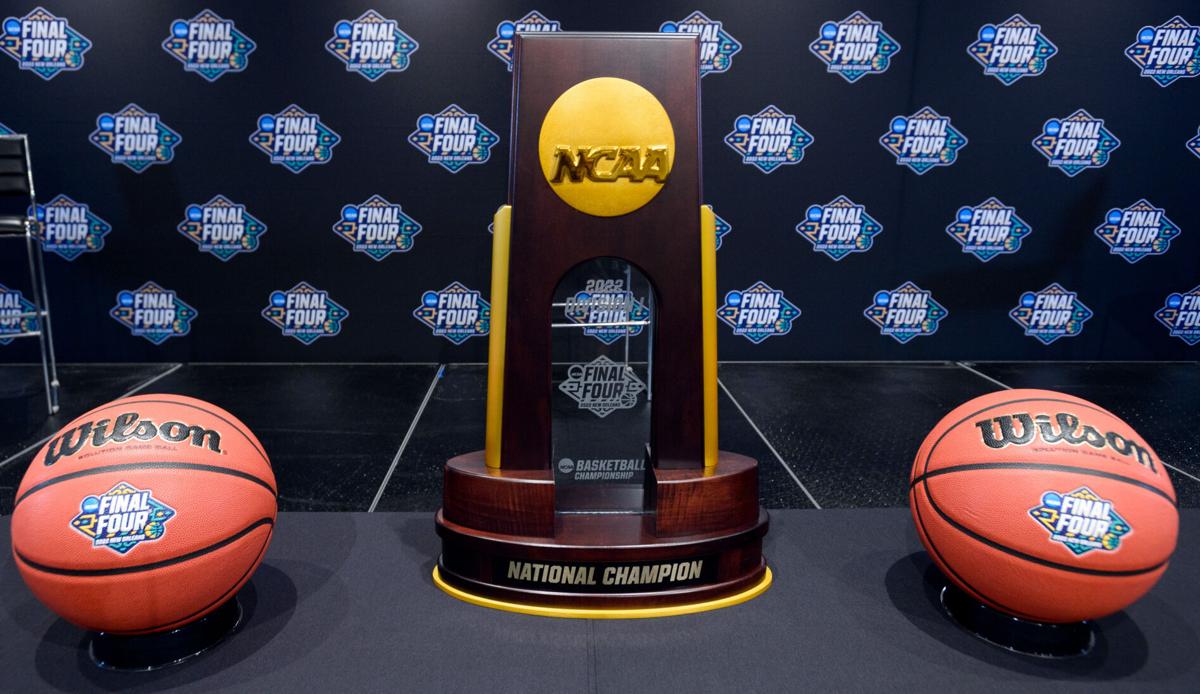 As the first and second rounds of the NCAA tournament came to a close, there was loads of madness!! Taking a look at the 16 teams left, there is a mix of top seeds, sleepers, and Cinderellas that either lived up to expectations or shocked the world. The Collegian sports section gives their thoughts on what they thought the biggest surprises were from the craziest weekend in sports and who they believe has the best chance to cut down the nets.

One year after the tournament was held entirely in Indianapolis, everything is finally returning to normal — including more madness! In the Sweet Sixteen, there are four teams with double-digit seeds, which is one shy from the tournament record set back in 1999. The teams include the University of Michigan, Miami University, Iowa State University and, oh yes, a team with a peacock as their mascot. The 15-seed Saint Peter’s University shocked the world as they upset the two-seed University of Kentucky and seven-seed Murray State University. While the shoe has certainly fit for these Cinderella teams, the clock is likely going to be striking midnight this weekend.

The team that is going to be ringing that bell will be a fellow Bulldog. Mark Few and the Gonzaga offense’s fast-flowing continuity offense is a thing of beauty. The team currently leads the country in points per game with 87.9 and field goal percentage with 52.6%. With experienced players like Drew Timme and Andrew Nembhard matched with the seven-foot unicorn Chet Holmgren, this team is destined to win it all. However, no matter what happens, one thing is for certain — “We Sleep in May”.

The fans are back in full force with multiple sites back to hosting NCAA tournament games after last year’s Indianapolis bubble. This year, St. Peter’s has been the biggest surprise and became the third team in tournament history to be a 15 seed and make it to the Sweet 16. Two of the Power Five conferences, the Big Ten and SEC, have so far disappointed after the first two rounds. The Big Ten has only two teams left standing after getting nine into the 68 team field, and the SEC has only one team remaining after initially starting with six. The ACC has had the best record so far at 8-2 and is tied with the Big 12 with three teams remaining in the Sweet 16. While the Peacocks’ luck might run out against Purdue, look for the Miami Hurricanes to keep their run going and represent the double-digit seeds.

The team that will be celebrating in the Caesars Superdome will be a team that the Bulldogs played earlier in the season. The Houston Cougars are one of two teams left in the field that rank in the top 10 of both adjusted offensive and defensive efficiency. Kelvin Sampson has gotten the most out of a team that lost leading scorer Marcus Sasser and guard Tramon Mark in December. The veteran-laden team has stepped up big time led by Kyler Edwards and Fabian White Jr. The Cougars look to push on the fastbreak and have the athleticism and length to match up well with any team. The team made it into the Final Four last year and will be avenging last year’s loss with a trip to the title game.

We’re only one week in, but this year’s tournament is shaping up to be one of the best in recent memory. There are four double-digit seeds in the Sweet Sixteen and only three number one seeds after Baylor’s stunning loss to North Carolina. There’s already been a ton of surprises in the tournament thus far, but none have been more unexpected than St. Peter’s. After knocking off two-seeded Kentucky Wildcats on Thursday, the Peacocks followed it up with a 70-60 win over seven-seeded Murray State on Saturday. Regardless of their outcome vs Purdue this Friday, coach Shaheen Holloway has so much to be proud of.

While they did struggle in their 2nd round game vs TCU and needed overtime to beat the Horned Frogs 85-80, the Arizona Wildcats are still the best all-around team in the country. Led by second-team All-American and Pac-12 Player of the Year Bennedict Mathurin — who scored 30 in the TCU game — as well as Pac-12 Defensive Player of the Year and Pac-12 Most Improved Player Christian Koloko, the Wildcats are one of only a few teams in the top 15 in both offensive and defensive efficiency, ranking sixth and 12th, respectively. Almost every NCAA tournament champion had at least one game during their run where they were tested, and I believe that game for Arizona is now behind them.

After I’ve recovered from another devastating blow to my ego to see nearly all my brackets go through the shredder, I finally have time to reflect on an amazing weekend of college basketball. The fact that there are four double-digit seeds in the Sweet Sixteen is insane! And while Miami, Iowa State and of course St. Peter’s have all been huge surprises, the biggest surprise to me is seeing Michigan still standing. The Wolverines have been through the wringer this season: going through the regular season without winning more than three games in a row, head coach Juwan Howard being suspended for hitting another coach, and getting bounced in their first game of the Big Ten tournament. Still, by some miracle, there were selected to play in the NCAA tournament and they have taken full advantage of their opportunity, beating an underrated Colorado State team and SEC champs University of Tennessee.

While there are plenty of teams who are capable of cutting down the nets this year, my pick has to be the Arizona Wildcats. With only three losses during their entire season, Zona has been able to find a way to win all season. Led by projected NBA lottery pick Bennedict Mathurin, the Wildcats have talent at every position with studs like Christian Koloko and Azuolas Tubelis to complement their star. 19 out of the last 20 teams have ranked at least in the top 25 in adjusted offensive and defensive efficiency — Arizona ranks in the top 15 in both. Need I say more? Wildcats in three.