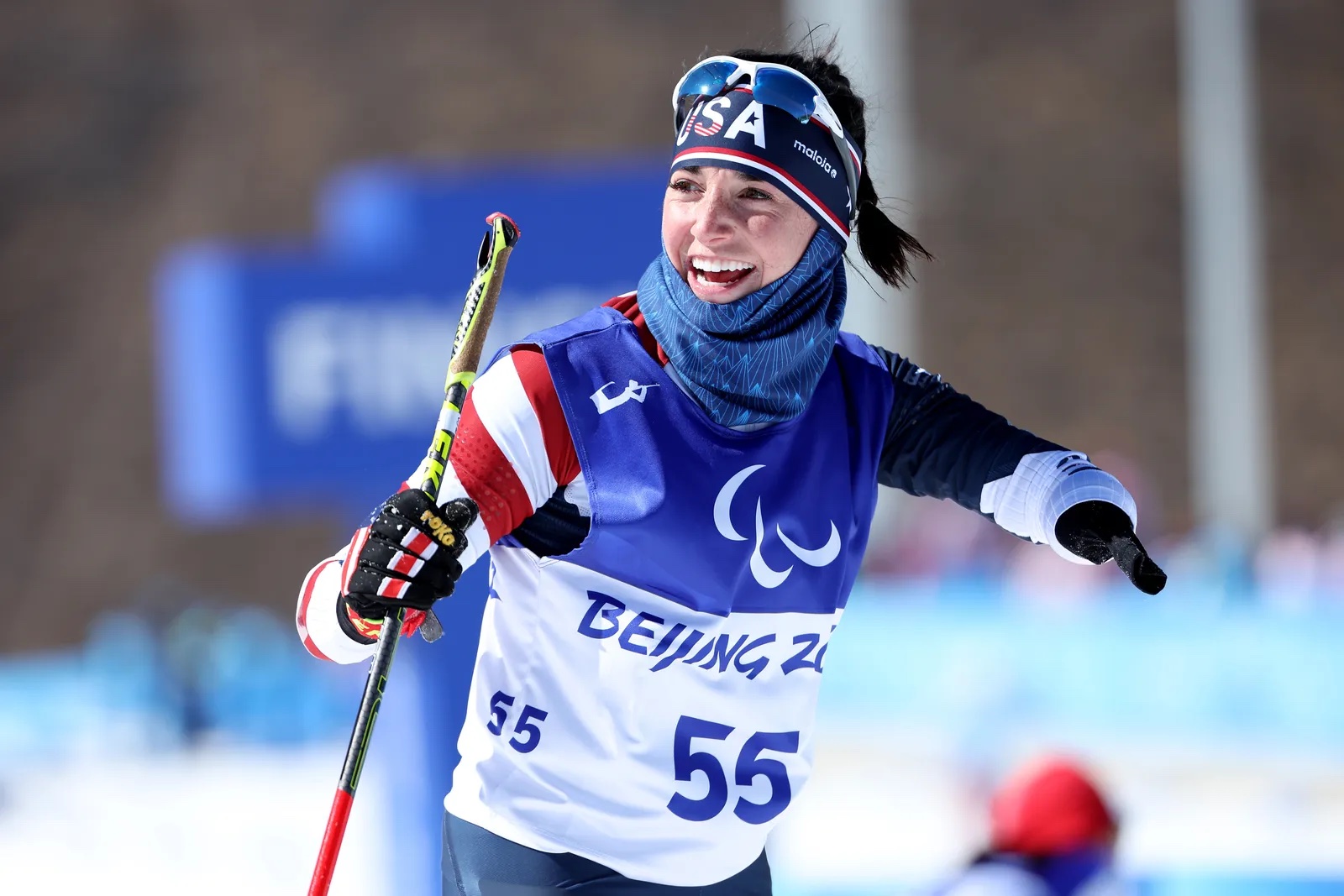 Butler graduate Dani Aravich has been on quite the journey in the last 12 months. In August 2021, the class of 2018 alumna made her debut at the summer Paralympic Games in Tokyo, where she competed in track and field and ran the 400 meter for Team USA. Now, less than six months later, she recently returned from Beijing — where she made her winter Paralympic debut in the sport of Para Nordic Skiing.

Aravich explained that she had to “try to progress super fast” in order to qualify for the Paralympics after only two and a half years of training — which lowered her expectations for her races in Beijing. While she noted that she had some trouble with the shooting aspect of the Biathlon races, Aravich ranked highly in the cross country skiing races, finishing eighth in sprint cross-country and ninth in the middle-distance cross-country.

“It was cool to see,” Aravich said. “Even from our first World Cup this season in December, to the Paralympics in March, seeing how much progress I’ve made and how I’m starting to kind of close the gap between some of those top skiers.”

Aravich first started training in Para Nordic Skiing in December 2019 and really enjoyed the sport, as it reminded her of her training as a cross country runner. Prior to competing professionally in parasports, Aravich participated in collegiate athletics at Butler.

Aravich was born without her left hand and forearm, but she explained that she has never let this stop her from competing at a high level in athletics.

“I’ve always been a person who, even though I was born with my disability, I always wanted to be beating my able-bodied peers,” Aravich said.

Aravich was recruited to the Butler cross country and track and field teams, and competed during all three seasons as a first-year student. Although she chose to leave the team after her first year due to an injury, Aravich said she is glad to have had this experience of competing at the highest level in collegiate athletics.

“I think having the Division I experience was very valuable,” Aravich said. “It teaches you a lot of what professional athletics would lead to.”

Butler cross country and track and field head coach Matt Roe remembers Aravich as a positive influence on the team who made an impact during her brief time in the program. Roe has been happy to see her success as an athlete.

Even when she was no longer a student athlete, Aravich remained very involved on campus. She played on several intramural teams, and on the club soccer team during her junior and senior year. She was also a member of the Delta Gamma sorority.

Junior sports media and creative media and entertainment double major Emma Bronsteader and junior marketing major Zhanri Desphy, current members of Delta Gamma, have both been able to interact with Aravich through social media. Bronsteader and Desphy said they are both inspired by Aravich’s success.

“I feel like it’s really motivating to see somebody so close to our age and have all the same experiences as us make it so big,” Bronsteader said. “Seeing that she’s come so far and done so much and that Butler and [Delta Gamma] has helped her is really, once again, motivating for me.”

Aravich has similarly appreciated all the support the university has shown her surrounding the Paralympics. She stated that she learned and grew a lot as a person while at Butler, and very much values her experience here.

“I really did fall in love with the people, with the city, with the faculty,” Aravich said. “I think it is an incredibly strong community and no matter what aspect you’re [involved] in … I think there’s a strong sense of community as Butler as a whole.”

Aravich also discussed the significance of the Paralympics and why being a para-athlete is important to her. Until a couple years ago, Aravich had only ever experienced competing against able-bodied athletes. She hopes that through her transition into para-athletics, people who knew her during her previous athletic involvement and have continued to follow her journey will learn more about disability and inclusion.

“I think that’s been a cool part … that all these people who might not have ever known anything about [para-athletics], [will] now, because of my involvement … start to care and become more passionate about it all too,” Aravich said.

Increased exposure to disability through the Paralympics is something that has been a topic of conversation in sports media recently. The 2022 Beijing Paralympics marked a milestone: the first time that NBC has presented primetime coverage of a Paralympic Winter Games.

Aravich views this as an important step to bring para-athletics to a wider audience, as well as to inspire people with disabilities, who previously may not have seen athletics as something they could participate in.

Going forward, Aravich plans to continue competing in para-athletics and hopes to go to the 2024 summer and 2026 winter Paralympic Games. To learn more about Aravich and her Paralympics journey, follow her Instagram account,@theonearmdan.