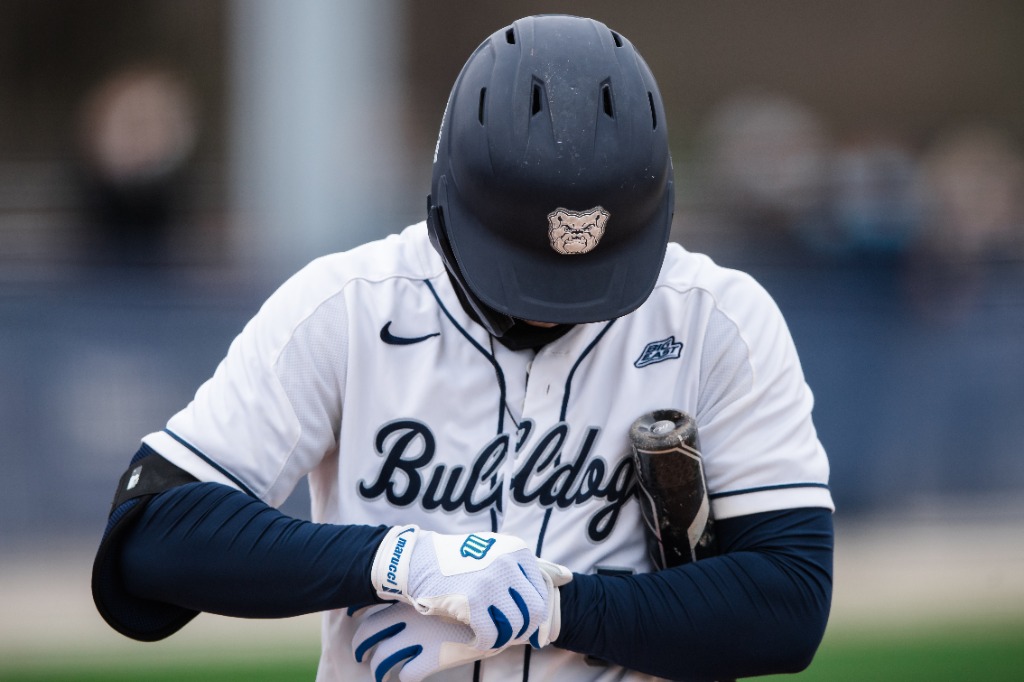 After going undefeated in Mississippi, the Bulldogs had a busy week cramming in five games within six days — with four of those games coming on the road. The Bulldogs went 2-3 in the slate, with victories against Manchester University and Jacksonville University.

The Bulldogs started their busy week on March 1 against Northern Kentucky — just a few days after the Norse played a series against the defending national champions Mississippi State — in a one game series .

The Norse hit three home runs in the second inning to take a 5-0 lead, and then scored three more runs in the third to gain an 8-0 advantage. The Dawgs would comeback — scoring one run in fourth, five runs in the fifth and two in the seventh inning to tie the game at 8-8.

The Norse would stave off the comeback, scoring five unanswered runs to close the game out at 13-8. Butler was led by the designated hitter Aaron Steinhart who went 4-5 with two home runs and five RBI’s. Northern Kentucky was powered by three home runs, all of which came in the second inning.

On March 2, the Dawgs played their home opener against Division III Manchester University. Butler won their first game at Bulldog Park this year with a final score of 5-2. Coach Scharge’s bullpen had their way against the Spartans — striking out 14 batters while only allowing four hits and one earned run between their five man pitching rotation. The dagger was catcher Kollyn All’s two-run home run in the seventh inning.

Relief pitchers Jon Vore and Derek Drees combined for 3.2 innings, two hits and no runs scored. Outfielder Aaron Steinhart hit the clutch three run double to give the Bulldogs the lead and the victory.

Steinhart had a great week for the Butler offense. Steinhart went 9-23 with two home runs and two doubles. He also drove in 10 RBI’s with five of them coming in the game against Northern Kentucky. Steinhart’s five RBI’s tied the season high for a Butler player with outfielder Scott Jones who did so against Murray State.

Vore had a nice bounce back week after his first appearance yielded seven runs against Murray State. Vore started the game against Manchester, where he worked two innings and allowed just one earned run. His next appearance was out of the bullpen against Jacksonville, where he went 2.2 scoreless frames with just one hit and one walk. The Indianapolis product lowered his ERA from a 10.50 to a 6.75.

Butler will stay within Florida to take on Northern Florida for a two game series, then they will return home for their first home series against Western Illinois on March 11.