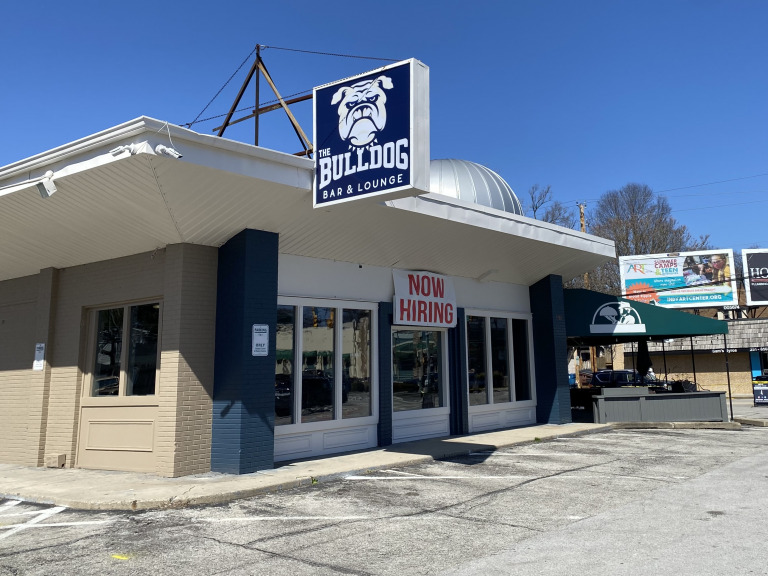 The space will feature three separate areas including a bar, BD Social and a lounge. Photo courtesy of Dave Lindquist.

Before Brothers and Rock Lobster, the Bulldog Bar and Lounge was a staple for the Butler community. From Thursday night to game days, crowds packed into the Bulldog to socialize after a long week of classes. From 1974 to 1994, this bar and lounge was the heart of college life off-campus.

Plans for the space, which is currently in the renovation process, will include three separate areas: the bar, BD Social which will be slightly more upscale and family style and a lounge. Some of the additions include 48 self-pour taps in the bar, a few pool tables —  similar to its Bulldog predecessor — televisions and games in the bar space.

The menu for the bar and restaurant combo is still in the works, but Tory Walker has been named as the chef and Marcus Bethea as general manager.

According to Bethea, BD Social, the lounge and bar will each have separate menu concepts, with some overlapping items. BD Social will also host a buffet style Sunday brunch.

“It’s the Bulldog grown up,” Smith said. “I think a lot of people that used to come here, when they were in college, they’ve grown with the neighborhood, they’ve got family here and so we want this to be a place where they can bring their family, and we also want to honor the legacy of the Bulldog and have the Butler students now make this their home bar. We really are excited about what it is bringing to the neighborhood, and we are excited about their excitement about it.”

The Bulldog is filled with fond memories for most Butler graduates. During the week, patrons could go for a beer and to watch sporting events. On the weekend, the bar transformed into the heart of the Butler party scene.

Because the Bulldog was one of only a few bars near campus, Pat Flynn, the previous manager, said it was typical to have a line out the door Thursday, Friday and Saturday night.

“How crowded it was? Very,” Flynn said. “Wild wild, we had to have lines. And that’s because the police came in and said you can’t do this because before that … you just crammed body to body and you’re just slammed in there. Well then the fire marshal was like, ‘You can’t do that this is death trap.’”

Bill Sylvester, a 1984 graduate who worked as an assistant football coach from 1990-1994, spoke to the prominence of The Bulldog in student life.

“It’s like nowadays, when it’s homecoming, everybody’s got to figure out where they want to go,” Sylvester said. “Before, when the Bulldog was open. You never had to ask; everyone was just gonna go to the Bulldog. You know? It’s just where everyone went.”

Trish Whitcomb, a 1975 graduate, shared why she and her friends visited the Bulldog during their time at Butler.

“We felt like it was home for us,” Whitcomb said. “There had been another bar called the Melody Inn, it’s still in business. But when the Bulldog became available to us, we were all very excited because it was nicer inside. And we just could have more fun.”

According to employees, the working community within the Bulldog was a part of what made it special.

Levi Garret, who graduated from Butler in 1987, thinks the restaurant won’t be the same without the original staff.

“The biggest part of [the Bulldog] was probably the people that work there,” Garret said. “They were all good. And they were all longtime employees and it was great.”

Tim Walsh, the son of one of the Bulldog’s owners, the late Moe Walsh, grew up alongside the neighborhood restaurant and bar.

“I have fond memories of it and all the people that I met and the upbringing that I had,” Walsh said. “It was special to grow up in the area and it was a blast being his son and [seeing] it grow the way it did through those years.”

Although busy throughout the year, Homecoming, St. Patrick’s Day and the day before Thanksgiving were the Bulldog’s busiest days, according to Flynn.

One night that stood out to alumni and former employees, however, was the celebration in the Bulldog’s last night open. David Elson, a 1994 graduate who held a variety of roles at the Bulldog, said it was a testament to the Bulldogs importance in the community.

“The night that it closed was just insane,” David Elson said. “The entire parking lot seemed like it was full of people because the entire inside of the building was wall-to-wall with people. So you could tell it meant a lot to a lot of people.”

Former patrons, employees and members of the Meridian-Kessler area are interested to see what the revamp can bring to the community.

One of the partners, Bales, said everything seemed to fall into place.

Brian Elson, 1990 graduate and Bulldog employee who still lives in the Meridian-Kessler neighborhood, said recreating the spirit will play an important role.

“My hope is that some of the old traditions would come back,” Elson said. “[I hope] the students at Butler will come back and be a big part of the new Bulldog and that homecoming could resurrect itself. Those kinds of things I think Moe would be really happy about.”

Past Bulldogs who experienced The Bulldog are hopeful that the establishment will continue to bring the Butler community together.

“We’re glad that that gets to move to another season, and there’ll be a new fresh set of students in there with their parents and neighbors and new kids and new life in there,” Walsh said. “I think [Moe would] be very pleased about that. So I think all together it would be both bittersweet, both happy and just a little reminiscent.”