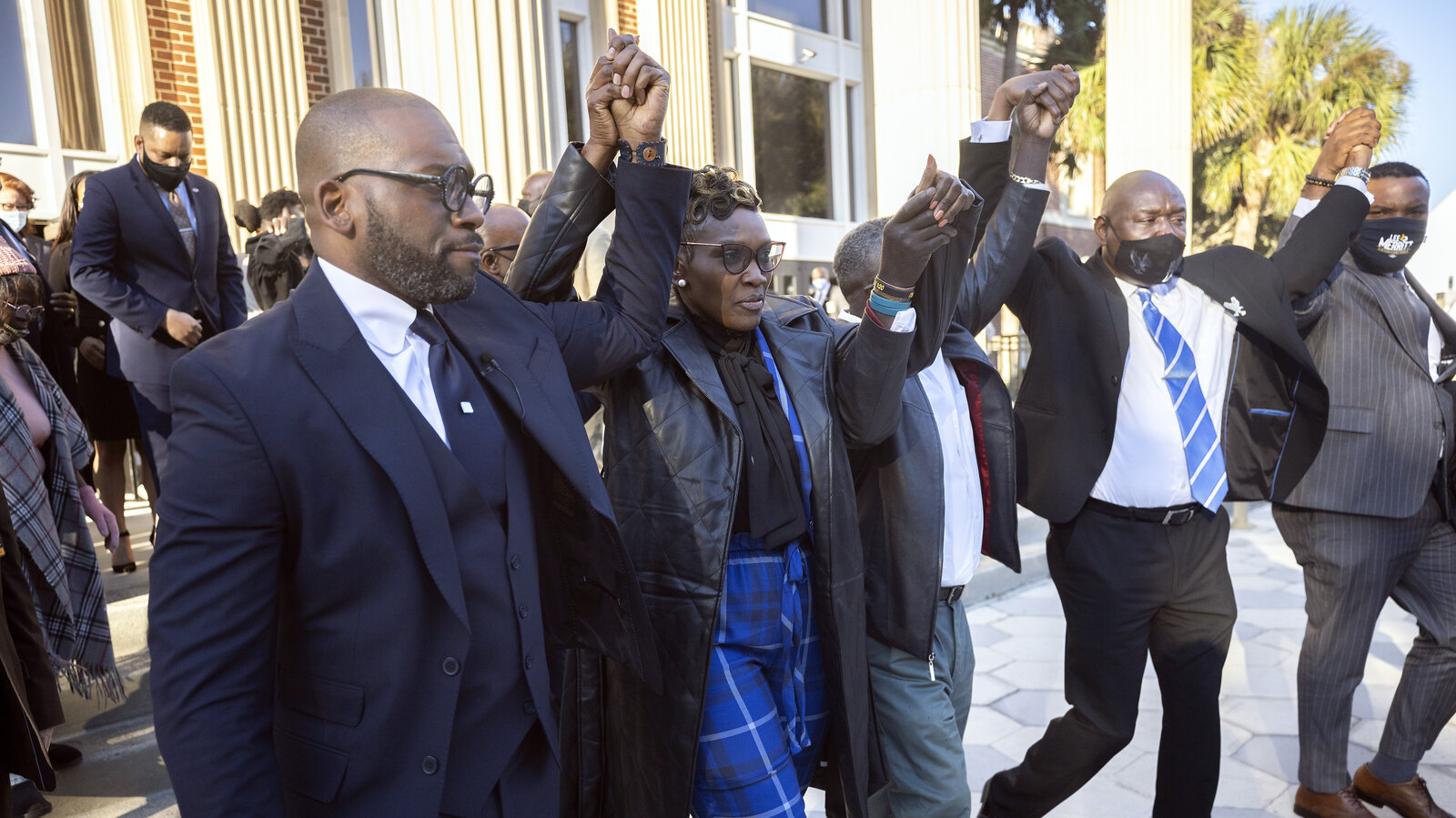 Federal proceedings for the hate crime trial of three white men, previously found guilty of the murder of 25-year-old Ahmaud Arbery by the Superior Court of Glynn County, Georgia, began on Monday, Feb. 7. The outcome of the case could set a precedent for how similar cases are handled in the future, the impact from which will affect people across the country, including on Butler’s campus.

The men were found guilty of murder Wednesday, Nov. 24, 2021, and were sentenced to life in prison without parole by the state of Georgia on Jan. 7, 2022.

The Justice Department is charging the three men with committing a racially-motivated hate crime in violation of Arbery’s civil rights. The court’s decision will stand in addition to the murder convictions each of the perpetrators face. Federal prosecutors hope these additional charges will assist in a national statement against what they believe to be racist actions by the convicted murderers.

Arbery was murdered Feb. 23, 2020 while jogging in a Brunswick, Georgia neighborhood where he lived. Greg McMichael and his son Travis McMichael, allegedly believing Arbery had committed a string of burglaries in the neighborhood, chased Arbery down in their truck and fatally shot him. The encounter was filmed by William Bryan, who was also charged with murder.

Stephen Barnard, chair of Butler’s sociology and criminology department, said the presence of video evidence has already changed the way this case is viewed, both by the jurors and the public.

“I think there’s an awful lot of evidence to suggest the presence of video evidence … can change the trial drastically, because it changes public opinion, and public opinion galvanizes very quickly when we can watch something happen,” Barnard said.

Sophomore criminology and psychology major Damica Marshall agreed that video evidence made this case different from similar cases in the past.

“I was kind of surprised that there was video evidence of it happening,” Marshall said. “I haven’t watched the video but it made it set in stone [for me] that these people committed this crime.”

Generally, cases are brought to federal court when the dispute involves the U.S. Constitution and other federal laws. In this case, prosecutors will have to prove that Bryan and the McMichaels violated Arbery’s civil rights by committing a racially-motivated murder. Investigators have found evidence of racist language, including slurs on social media and text messages on the defendants’ phones.

Marshall said she believes it is obvious that the crime was racially motivated.

“They had this privilege because they aren’t [people] of color,” Marshall said. “And I feel like when you look at this case, or any debate about how these people have some sort of privilege, it makes it very clear that they shot him because he’s a person of color.”

Last week, the McMichaels were prepared to plead guilty to the hate crime charge, but the plea deal was dismissed by a federal judge after Arbery’s family disagreed with the plea. The plea deal would have allowed the McMichaels to serve much of their sentences in federal prison, which is considered more comfortable than state prison. The McMichaels have since changed their plea to “not-guilty.”

Many see this hate crime trial as a continuation of the racial reckoning that began last year when the deaths of George Floyd and Breonna Taylor were brought to light by activists and social media. Sophomore entrepreneurship and innovation major Paul Ford said social media has put pressure on the justice system.

“I think that without social media a lot of people wouldn’t have known what happened,” Ford said. “There would have been different proceedings, it wouldn’t have got as much pressure as it’s got, so I’m glad people are aware of what’s going on.”
One of the things Barnard focuses his research on is the role social media plays in activism, specifically contentious or racially motivated cases like Arbery’s. He said the recent growth of social media activism has impacted how this case is seen by the public, and potentially influenced the calling of a federal trial.

“It is likely that the public’s voice has demanded that there be more done,” Barnard said. “I think over time, and this is not just people saying ‘Justice for Ahmaud Arbery,’ it’s people being fed up with a lack of justice in cases like this, and an increase of the public’s awareness of hate crimes, [the number of which] we’ve seen rise in recent years. There is a … growing impatience in our institutions to uphold the law, and especially protect vulnerable populations. So yeah, I think the public pressure has [affected this].”

Ford said he hopes the outcome of the hate crime trial will help students of color to feel safer and more supported in their communities.

“As the trial goes on for the hate crime, I’m hoping that students of color on campus can feel comforted and at the very least know that the justice system will hopefully get this one right,” Ford said.