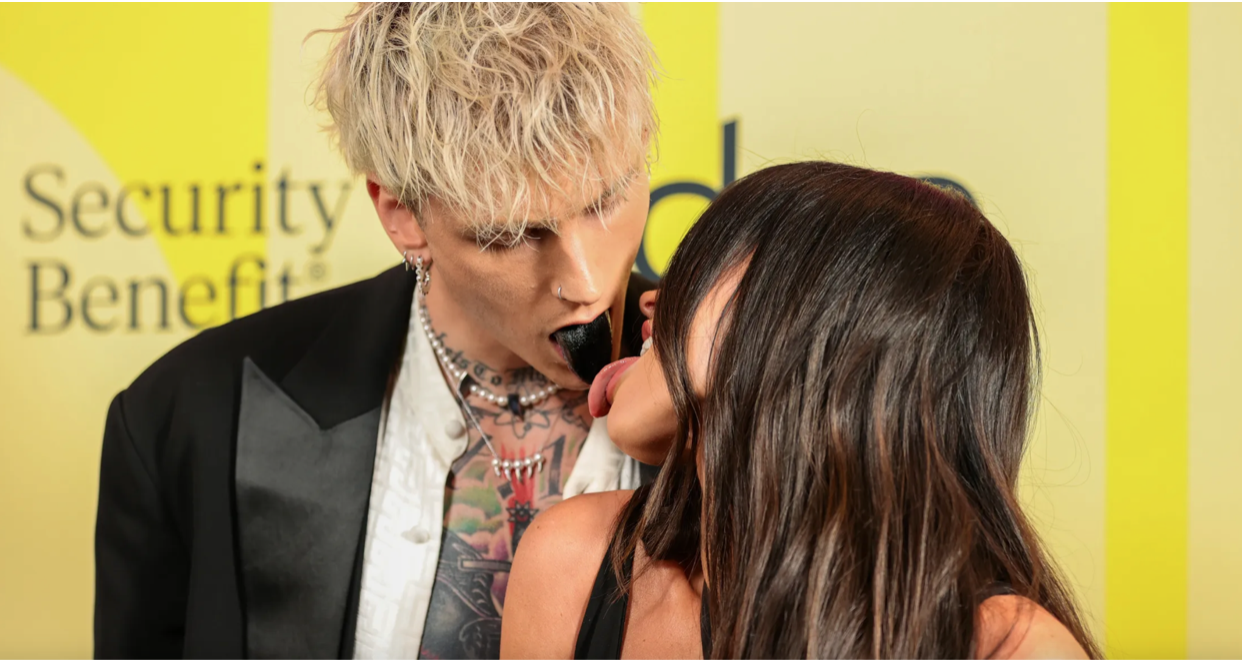 In the age of digital information and social media engagement, it seems as if anything can be marketed to an audience. Brands, clothing, animals — even love. Staged celebrity romances — commonly referred to as “public relations stunts” or “PR relationships” — offer a novel formula for increased media attention, social media engagement and possible money-making.

There are multiple possible motivations for a public figure to enter a heavily publicized romantic relationship. The first is that collaborators on a common project may enter romantic relationships to draw increased attention and traffic revenue — direct screen to stage consumption — to their project as a form of advertisement. For example, some fans have speculated that a recently revealed romantic relationship between Marvel movie stars Tom Holland and Zendaya is staged, in order to promote ticket sales for the recent release of “Spider-Man: No Way Home,” which stars the pair as the leading couple.

Adeline Stavros, a senior youth and community development major, has noticed this phenomenon in a particular celebrity example recently.

“Harry Styles and Olivia Wilde come to mind,” Stavros said. “They were co-workers first, and then when they started dating I saw a lot of fan reactions and general pop culture attention towards that relationship and the projects they collaborated on.”

“I remember Zac Efron and Vanessa Hudgens as Gabriella and Troy,” Hutzel said. “I felt like they were together as a couple but only for the moment that they were making the [High School Musical] movies to sell the plot more.”

Such collaborations also yield further speculation regarding the product or project being promoted by the parties in the relationship, especially after its release. The “hindsight effect” — consumers often view a product through an altered lens after absorbing new information outside of textual or authorial intentions — can be pushed by PR relationships, leading fans to search for hidden meanings behind content given to them and thus generate further engagement and revenue.

Another reason for manufactured public relations stunts is damage control, particularly in the case that one party participating in the relationship has recently endured a scandal or controversy that requires image improvement or public-facing rebranding. The recent developments in the relationship — and now engagement — of rapper Machine Gun Kelly and actress Megan Fox have garnered mass media attention and social media scandal, following public scrutiny for past racist and pedophilic remarks on Kelly’s part.

The notably outlandish details the couple conveys from their relationship could possibly be construed as intended for sensation that distracts, depending on the short-mindedness of the public who observes them. This strategy has worked, considering that Fox has gained a larger social media following, and the couple have both benefited from weekly news coverage from major pop culture outlets since the beginning of their heavily publicized relationship.

Stavros found that such extensive coverage and exposure effectively convinced her to seek information to learn more about the couple.

“I remember seeing people talk about the crazy things [Fox and Kelly] were saying and seeing it reposted to [Instagram] Stories,” Stavros said. “It made me more intrigued about them and left me wanting to know more because I wasn’t really paying attention to them before learning that information.”

Ellie Howe, a first-year international business and entrepreneurship student, said that social media exposure to Fox and Kelly’s relationship increased her knowledge of them as individuals.

“I saw [Fox and Kelly] on Daily Mail, on Snapchat News, on Instagram and just heard about them while chatting with my friends,” Howe said. “By the time they were engaged, I knew way more things about them than I wanted to know, like the fact that they drink each other’s blood.”

PR relationships can also be used to dredge up renewed interest in a person or product swiftly going out of style. A previously established public figure who may be losing a grip on their audience may begin to cultivate a public friendship or relationship with a fresh star on the scene, in order to attract new demographics of consumers.

An example for this case is the sudden friendship between Kourtney Kardashian and Addison Rae, as advertised by both over the last year. From being seemingly unrelated socially and professionally, the two were suddenly spotted dining, socializing and shopping together frequently as Rae’s freshly attained TikTok fame began to land her high-scale acting engagements with production studios in Los Angeles. Kardashian’s attachment to a newer, younger star could be viewed as an attempt to connect with and capitalize off of Rae’s fans, a group previously unconcerned with Kardashian herself.

Howe also suspects that similar collaborative motives exist within romantic relationships between TikTok stars who gain quick fame such as Rae, as a means of generating content.

“All the relationships between TikTokers who date each other and hang out in the same groups and live in the same houses are definitely fake,” Howe said. “It just seems too convenient and good for content creation for it to be real.”

College students are increasingly tuned into social media, one of the most accessible vehicles for marketing. Having the skills to discern what is genuine and what is a money-making scheme is essential, and falls in line with cultural warnings of the prevalent commodification of human beings such as celebrities and their lives through media exposure. So read your gossip magazines, DeuxMoi stories and Snapchat News feeds as often as you’d like, but do so with a watchful eye and wise mind — all that glitters is not gold.