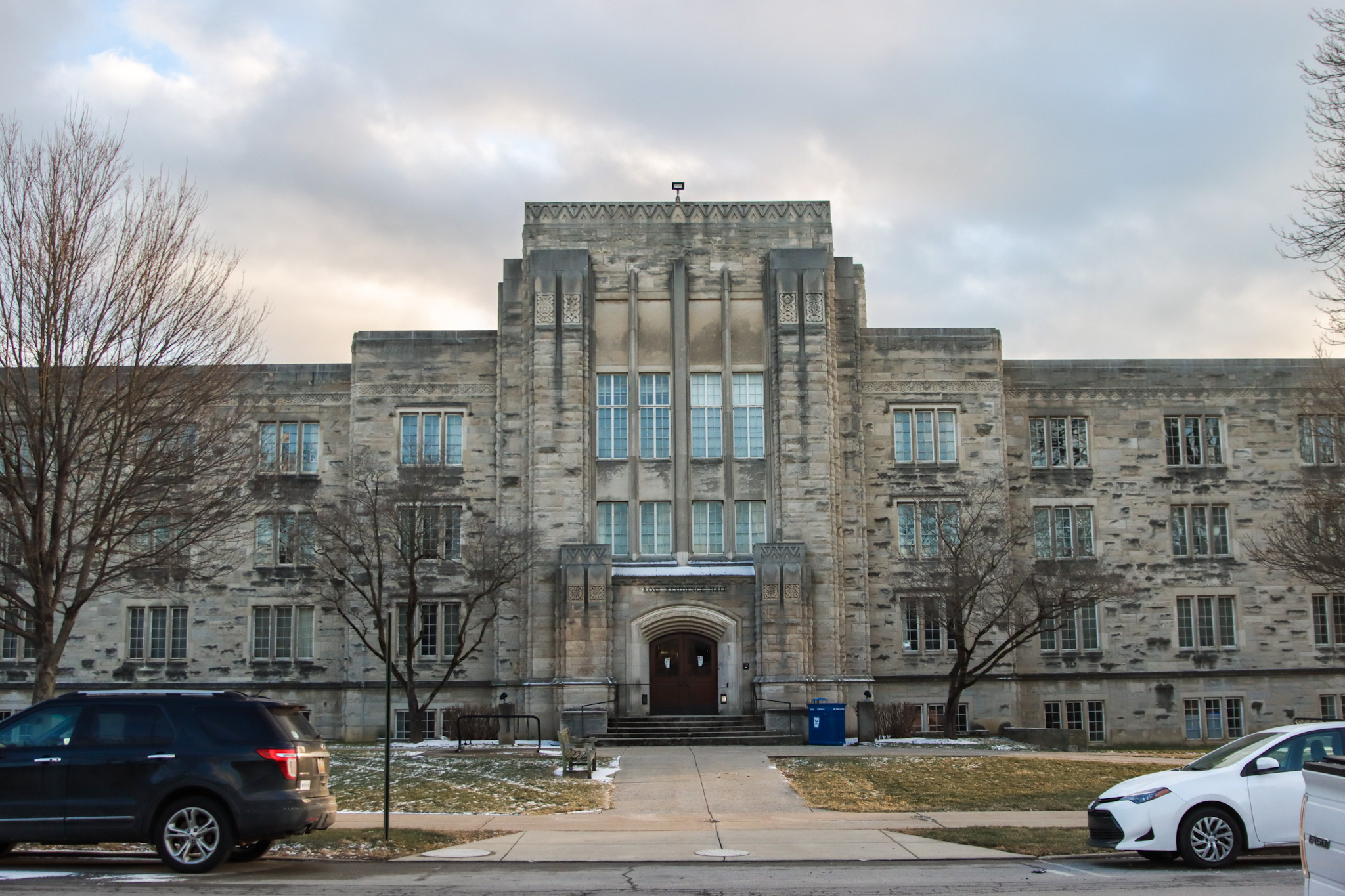 Ross Hall continues to sit on the corner of Hampton Drive and Sunset Avenue as one of the oldest student dormitories on Butler’s Campus. Ross Hall has seen its most recent use as a isolation building for Butler students who have come in contact with COVID-19. Photo by Grace Denckhoff.

Even with an updated isolation policy, students who test positive for COVID-19 who are unable to isolate at home are sent to Ross Hall, which has been the isolation dorm since fall 2020. Although it has been housing isolated students for a year and half, some students are still having issues during their time at Ross.

Scott Peden, executive director of student well-being, said in an email to The Butler Collegian that after testing positive, students receive a call from a contact tracer and are asked questions to determine the location and length of their isolation. Operations administrative manager John Lacheta explained that with the surge of cases on campus, students will see a delay in being contacted.

Once students are approved to isolate in Ross, they are emailed a packet that includes Health Services information, housing rules and regulations, a packing list, FAQ section and contact lists. The contacts provided for students include BUPD, both emergency and non-emergency, the isolation email address, isolationhousing@butler.edu, and the Health Services phone number, 317-940-9385.

“During business hours, [students are] pretty much always going to be able to get in contact with Health Services or Counseling Services if they need them,” Lacheta said. “BUPD is always there 24/7.”

Some students, however, have found it difficult to communicate with the university during their isolation period in Ross.

After being in close contact with people who tested positive, sophomore marketing major Isa Sanchez decided to get tested for COVID-19 on Jan. 10.

“When I went to go get tested at the HRC … I got tested around 10:00[a.m.],” Sanchez said. “I walked back home and just isolated in my room until I got my test results … they expected they would call me in 15 minutes because it was a rapid test.”

An hour after her test, Sanchez had yet to receive a call from Health Services with her results. Sanchez called them after she checked her health portal and did not see any results.

“They were like, ‘Oh yeah, by the way you’re positive,’” Sanchez said.

When Sanchez called regarding her test results, she said Health Services told her they just hadn’t updated her health portal or got around to calling her.

Junior marketing major Samantha Theisen experienced a similar delay in getting her test results. Theisen said her isolation period at Ross was relatively normal, up until the fifth day.

“I had no idea when I would be released on day five until around 8:00 p.m.,” Theisen said. “I had called [Health Services] multiple times, but out of the sheer number of COVID cases on campus, no one answered, and Mary didn’t discharge me until she picked up my phone call around 8:00 p.m.”

Theisen said Health Services had forgotten to put her name down on the discharge list. Had she not called, Theisen said she would not have been able to leave on day five.

During her time in Ross, Sanchez said she left messages with the HRC, Human Resources, BUPD non-emergency and Residence Life asking when she would be able to leave Ross, but got no answer.

Sanchez expressed disappointment with the lack of communication from a contact tracer on her fifth day of isolation.

Offering a possible explanation for the delay, Lacheta said that on the fifth day of isolation, students will typically be in Ross for the majority of the day, with most releases coming in the late evening.

“A lot of times students will call Health Services and say ‘When will I get out of here, I haven’t been called,”’ Lacheta said. “They’ll get angry and upset but in the contact tracing notes they would have ignored their phone call or something.”

Lacheta said contact tracers rely on phone calls in order to tell students their results. If students get a call they don’t recognize starting with 317-940, it is likely from a contact tracer trying to reach the student.

If students are experiencing symptoms, they should fill out the COVID-19 Health Reporting Form. They can also go to the HRC to get a rapid test.