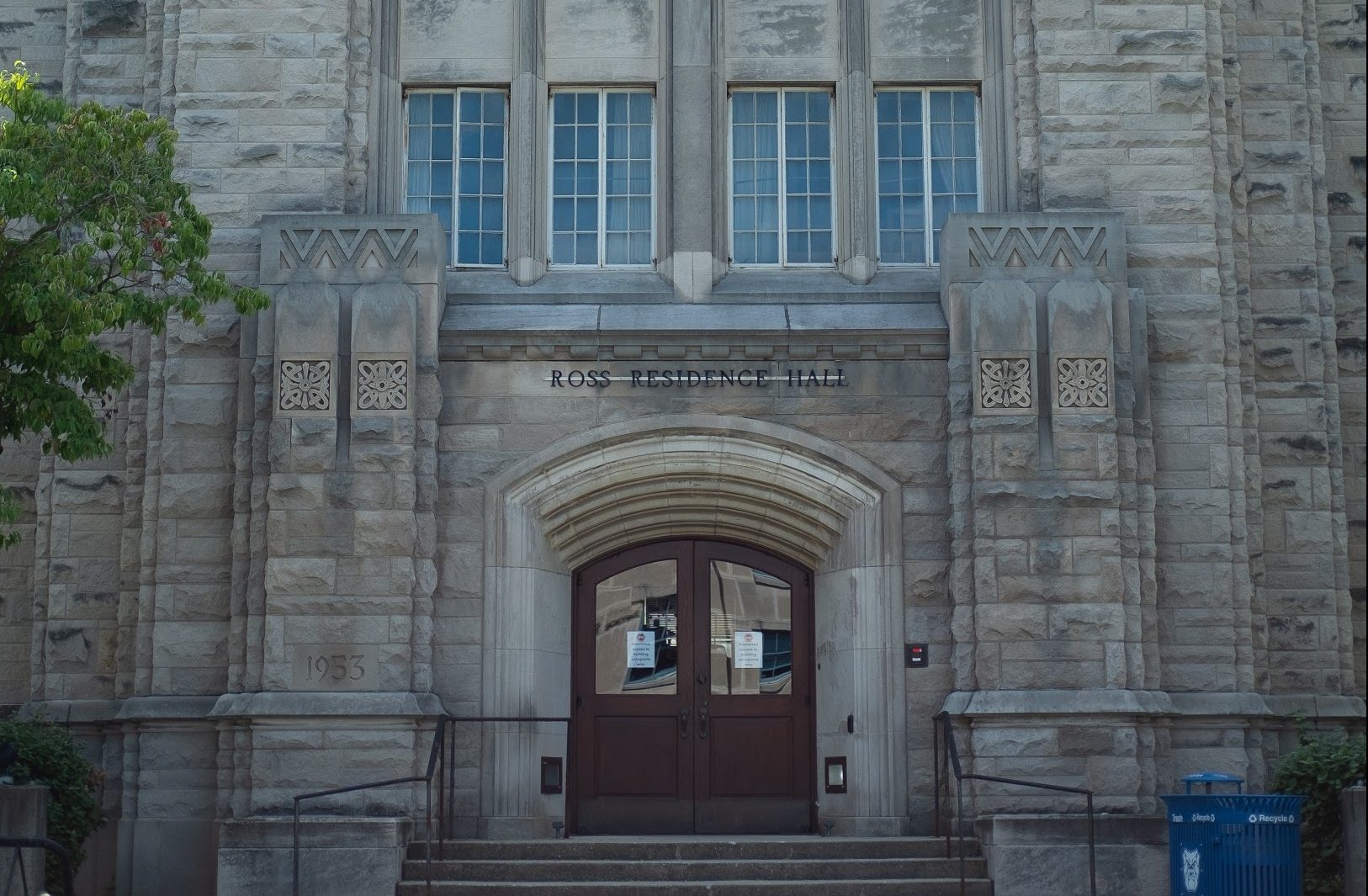 Students who are unable to return home after testing positive for COVID-19 will have the option to quarantine in Ross Hall. Photo by Julian Cirnigliaro.

When Butler decided to open its doors and allow students to move on campus for the fall 2020 semester, the university promised there would be space on campus where students could isolate if they were to test positive for COVID-19.

Students who have to isolate at their primary residence or in Ross Hall are different from those asked to quarantine. A student who has been exposed to someone who is positive will quarantine in their dorm room for 14 days. It is when that student starts exhibiting symptoms or tests positive that they need to go into isolation. Once a student tests positive and confirms they cannot return home, they must complete an exemption process to continue to stay in Ross Hall.

If a student gets tested on campus, and their results are positive, they will be contacted by the university. If a student is tested off-campus, they are required to report the positive test result to the school. In either scenario, if the student is going to isolate on campus, they will receive an email with an isolation information packet, their room number in Ross and steps on how to retrieve their room key.

There are certain criteria the students must meet before they are discharged from isolation, which are the same for students isolating at home or in Ross Hall. Bridget Bucey, the interim director for residence life, explained the isolation discharge process in an email to The Butler Collegian.

“You do not have to take a COVID test prior to exiting isolation,” Bucey wrote. “Students have to isolate for at least 10 days and must be fever-free for 24 hours to be discharged from isolation.

Ross Hall is the only residence hall on campus that does not have air conditioning. A Butler student who arrived at Ross Hall on August 26 after testing positive was provided with a fan before moving into her room. However, it was unable to compete with the August heat.

“It was very, very hot,” the student said. “The fan did a little, but it did not do a lot to mask how humid it was outside. It felt like it was circulating warm air and it made it a little difficult to breathe. They did their best providing us with a fan. There is only so much you can do when there is no central AC.”

In addition, students in isolation have to rely on food deliveries since they are unable to leave the building for ten days.

Maya Anjur, a junior strategic communications major, was another student who had to rely on Butler to provide her with a place to isolate. Anjur tested positive before classes started, and to her knowledge, was the only student in Ross at the time. For her, the food delivery process proved to be difficult and ultimately unsuccessful.

“I had a lot of trouble getting Butler dining to provide me food,” Anjur said. “I don’t know if I was placing my orders wrong or something, but there wouldn’t be any food getting delivered to me.”

After calling BUPD and another provided number, Anjur received a call back from Butler dining. Her meal was then delivered to her. However, after it happened a second time, Anjur relied on friends and outside delivery services to deliver her meals.

“Of course, at the time, I was the only person, so I understand it is easy to forget to make sure that this one person gets food because there are 4,000+ students on campus, but at the same time, it’s not like I wasn’t trying to get a hold of them, so I didn’t really know what to do,” Anjur said.

There was also a specific procedure Anjur and her friends had to follow for deliveries.

“Both the student in isolation and the authorized person will need to email the Isolation Housing Coordinator to get permission,” Bucey said in the email. “The authorized person will drop the items outside of the front door of Ross and then the isolated students can retrieve the items within 10 minutes, and they cannot interact with one another. This process can only be utilized in the case of necessary items that were accidentally left behind.”

Anjur believes she is not the only student who has experienced isolation dining issues. A friend of hers, who is currently isolated in Ross, has been successful in receiving deliveries from Butler Dining, but the food delivered was far from what he expected.

“I know from someone who is in there now, he did end up getting food from Butler dining,” Anjur said. “He ordered a veggie burger and they delivered him a slice of cheese, lettuce and a tomato, without the burger. I cannot speak for every student that is in there now, but for me, it wasn’t the best experience.”

The Butler student who moved into Ross on August 26 said that while it was difficult to contact anyone by phone, she believes that if a student had a question or concern, they could send an email or indicate it on their daily questionnaire.

“Just like the daily health checks students have to complete every day, there was a unique survey sent out for people in isolation and quarantine,” the student said. “At the end it would ask if you needed help with medication, food, and then ask you to scale how you felt on a scale of one to five. So I think if any of your responses raised a flag, they would get in contact with you. There was also a general isolation housing email we could email if we had any questions or needed anything.”

In addition to the absence of air conditioning, Ross Hall is the only residence hall on campus with community bathrooms. Students in isolation were assigned a bathroom based on the room they were staying in.

“When a student is assigned to an isolation room, we work to assign them to their own bathroom if possible,” Bucey said in the email. “We have provided fans for students in Ross Hall along with other toiletries and cleaning supplies for students who stay in isolation in Ross Hall. Students are asked to wipe down surfaces before and after use, similar to other common spaces on campus.”

Since the students are isolated in their single dorm room, they are often unaware of the other people moving in or out of the dorms or any facilities staff working on cleaning the community bathrooms.

Even though the students are alone the entire time, Bucey ensured there was a staff member in the building.

“There is a professional staff member who lives in an apartment within Ross Hall,” Bucey said in the email. “They are part of the Isolation and Quarantine team and are in the building in case of emergency.”

In the end, Anjur appreciated that the university provided her with a place to isolate.

“I don’t want to be too picky because it is a special situation and there is only so much you can do,” Anjur said. “I was a little bit nervous that they weren’t going to be able to give me a place to stay to isolate because I couldn’t go home, so I’m grateful there was somewhere on campus for me to go.”