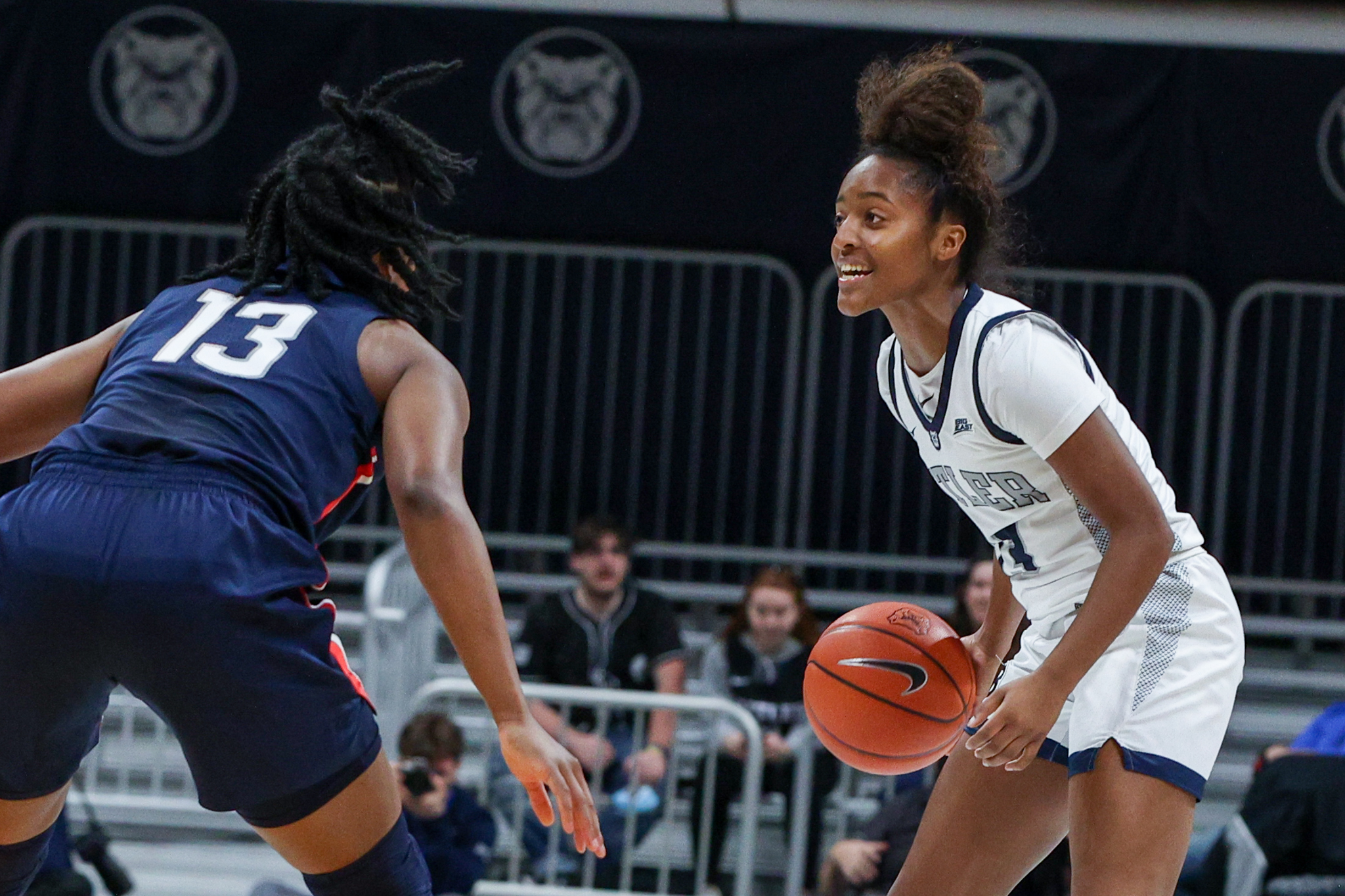 The Butler’s women’s basketball team began it’s weekend road trip with a hard fought loss to Villanova 59-44. Although defeated, Butler was able to compete with a hot Villanova team who came into the game having won eight of their last nine.

Villanova was led by their star player Maddy Siegrist who had 23 points, 19 of which came in the first half.

Butler started the game well, moving the ball quickly and getting solid looks on the offensive end. Butler also competed hard on the boards, which ended up being a real bright spot and helped keep the bulldogs in the game.

After only being down six, Butler fell apart in the second quarter — being outscored 17-4 by Wildcats. The offensive struggles in that quarter were once again due to turnovers as they committed 10. The Wildcats — in particular Siegrist — took advantage of the Butler miscues, putting the game out of reach at half.

Despite being out of the game, Butler continued to fight. The Bulldogs ended up outscoring the Wildcats in the second half 27-23 due to their work on the boards and their solid defense. Butler out rebounded Villanova 45-32 and it resulted in multiple second chance points and one and done possessions on the defensive side. Defensively, Butler made Villanova work hard for open looks and it showed on the stat sheet as the Wildcats didn’t make a shot from beyond the arc in the second half.

Butler’s offense in the second half did a good job of getting the ball inside for high percentage looks. Richard and Taborn were strong in the post and Villanova didn’t have a match for them defensively.

Butler stays on the road again this weekend, traveling to Washington D.C. to play Georgetown on Sunday. If Butler plays with the fight they did against Villanova, they should have a good chance to get their first win in the Big East against a Georgetown team that also sits in the bottom three of the conference.