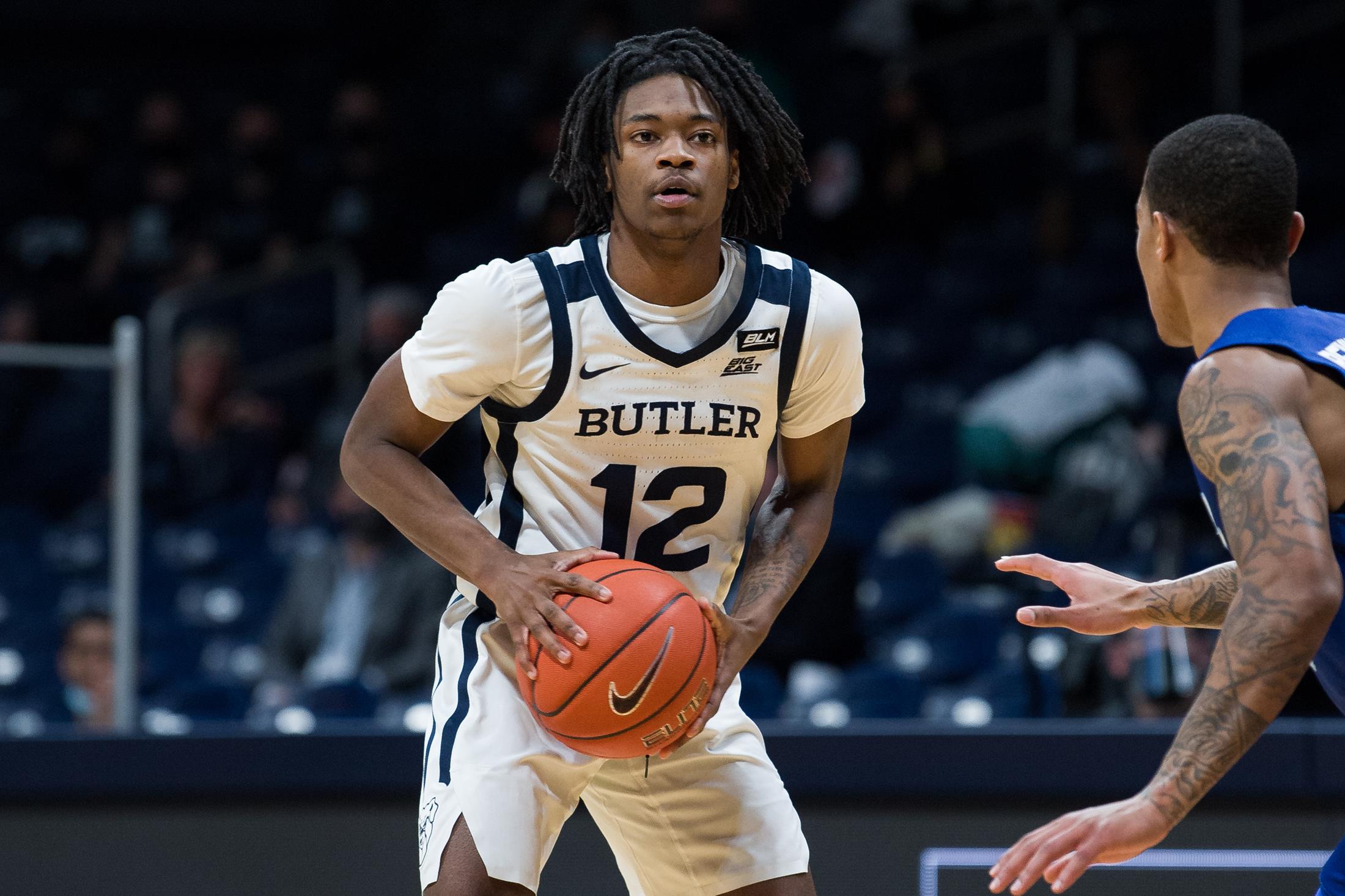 Sophomore guard Myles Tate hasn’t played in a game since the Big East quarterfinal against Creighton on Mar. 11, 2021. Photo courtesy of Butler Athletics.

The Butler men’s basketball team eyes their fourth consecutive win today against the Eastern Illinois Panthers. Coming off of their biggest win of the season against Oklahoma on Dec. 7, the Bulldogs will be feeling good about their chances to play well once again against the Panthers. Eastern Illinois is 2-8 on the season and has been allowing their opponents to shoot better than them from the field — the Panthers are shooting 39% while their opponents are shooting 43%. However, Butler has been known to let underdog teams stay in the game — Butler is favored by 21.5 points in this contest. Look for the Dawgs to strike early and often in this one.

Who: Butler vs. Eastern Illinois

Per David Woods of the Indy Star, sophomore guard Myles Tate has been cleared to return to action. Tate has been rehabbing a torn ACL since last season. Though he will almost certainly be on a minutes-restriction, the Dawgs will be happy to have back on the court.

In the 25 games he played last season, Tate averaged 6.7 points. With his return, Butler adds some more depth to the guard spot. A proficient ball-handler and on-ball defender, Tate will bring some much-needed help on both sides of the court. Butler Athletics hasn’t released any official statements yet, but don’t be surprised to see him on the court today.

Starting off on the right foot

In the five games played where Butler was favored to win, they averaged 33 points in the first half. Take away a 45-point first half against Chaminade, and that drops to 30 points. This highlights the lack of offense that Butler has been able to produce early in games.

This game against Eastern Illinois will be a great opportunity for the Bulldogs to start off hot. Chuck Harris will be ready to produce an encore after his 26-point outing in Norman. Jair Bolden and Jayden Taylor — who both didn’t contribute their normal scoring output — set their sights on getting back on track.