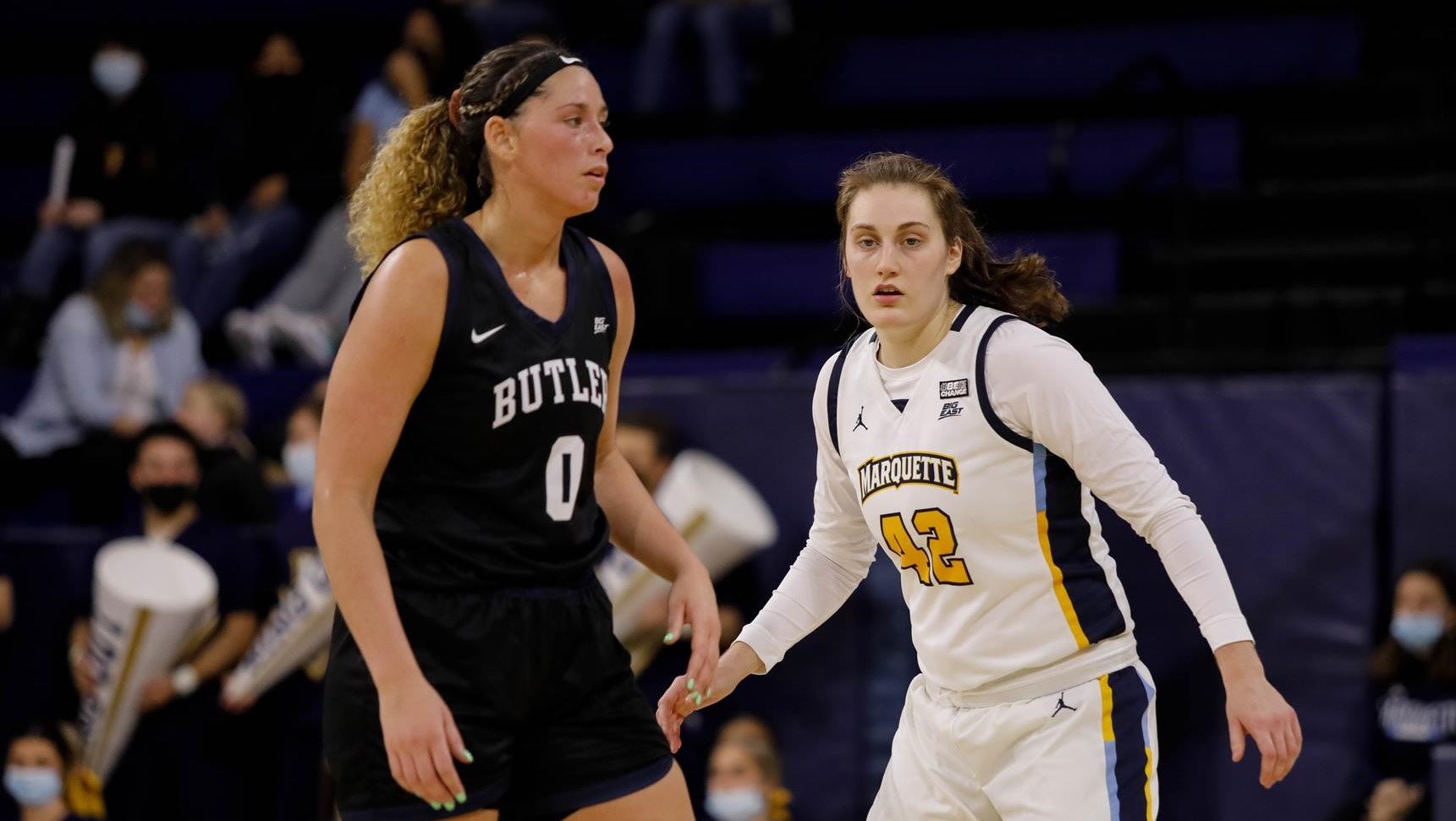 Graduate forward Celena Taborn looks for an opportunity to make a play against Marquette on Dec. 3. Photo courtesy of Butler Athletics.

Women’s volleyball fell in three straight sets to Valparaiso — 23-25, 17-25, 16-25 — at the National Invitation Volleyball Championship Tournament. Marissa McKelevey had a standout match in terms of assists with a massive 24 but it unfortunately was not enough as this loss concludes their season.

Track and Field at Blue and Gold Invitational (Notre Dame)

Women’s basketball fell at Marquette 59-45. Celena Taborn led the Dawgs in points and rebounds with 14 and 10, respectively.

The Butler men’s basketball team bested the Oklahoma Sooners in an overtime thriller 66-62, in Norman, Oklahoma during the Big East-Big 12 Battle. Chuck Harris led the Dawgs with a season high 26 points, going 4-7 from beyond the arc. Harris was supported by Bryce Golden who scored 10 points and added seven rebounds.

Harris hit a 3-pointer to take the lead and Simas Lukosius grabbed a clutch defensive rebound and hit a pair of free throws with 12 seconds left to give the Bulldogs the victory. The program moves to 6-3 following their first true away game of the season.